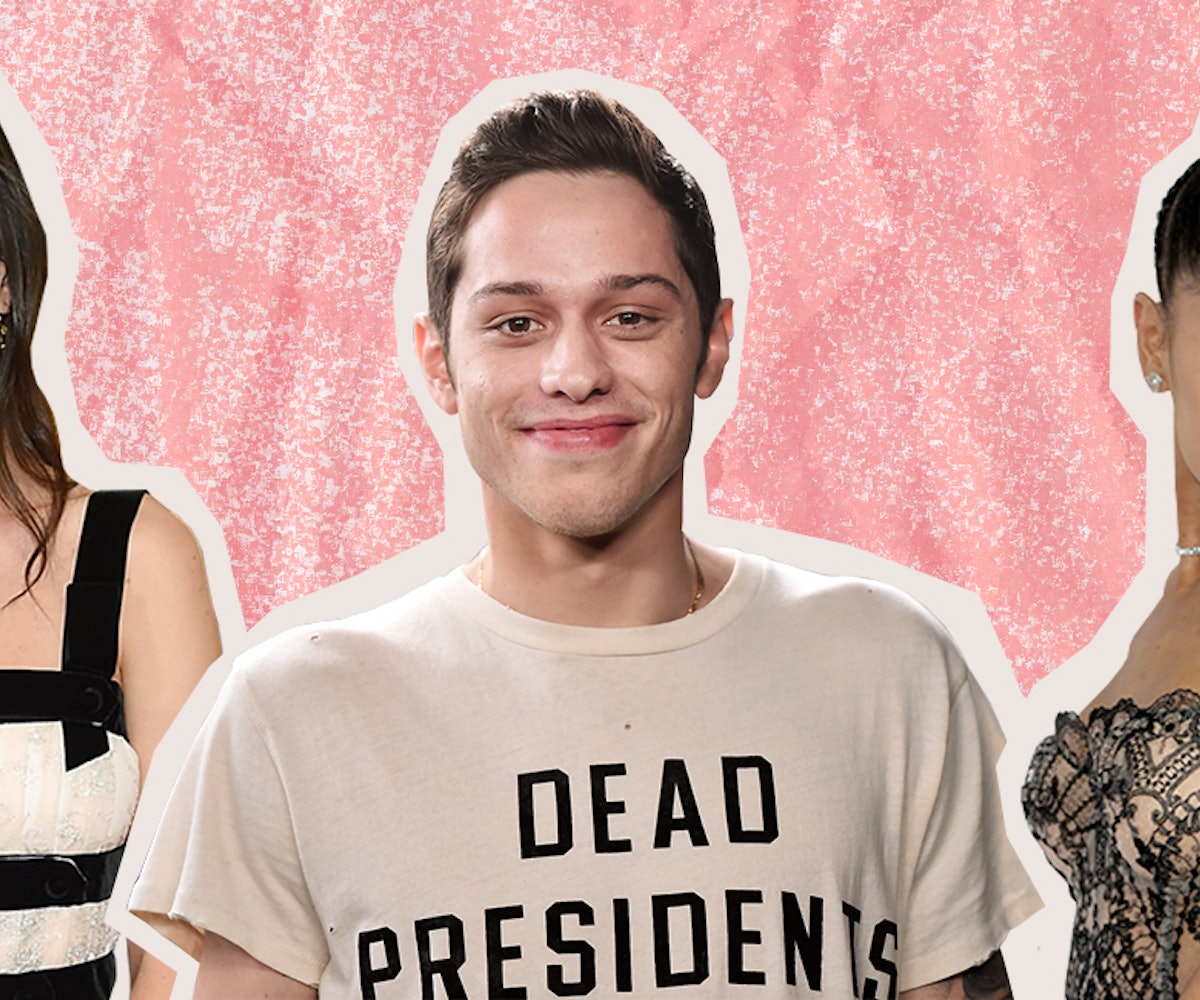 Unless you’ve been living under a rock for the past week, you’ve likely heard about Pete Davidson and Ariana Grande’s very sudden engagement. After reports surfaced that the two were casually dating in late May, their whirlwind romance picked up some serious speed. Earlier this week, it was revealed that the two were engaged—a report that appeared to be quickly confirmed by Grande herself on Twitter.

And while much of the coverage surrounding the newly minted couple has been pretty positive (who doesn't love a whirlwind celebrity romance?), there’s also been a negative side to the coverage—specifically involving Davidson’s ex, Cazzie David.

For a little background, David and Davidson recently broke up after two years together. Confirmed by Davidson, the news of that breakup came right on the heels of Grande’s much-publicized split with Mac Miller—though it wasn’t until People’s report on Grande and Davidson’s “casual” relationship that speculation about the breakups' timelines started to go wild, particularly once it became clear that Davidson and David's split happened right around her birthday.

Suddenly we were inundated with articles that assigned feelings of resentment and bitterness to Davidson’s exes—including comedian Carly Aquilino. However, most of the focus has landed on David, who apparently can’t even post a photo of herself on vacation without setting off a minor social media storm.

And while David's Instagram seems to be a direct comment on her post-breakup well-being, it's still unfair to presume that this peek into her world means we really know how she's doing. After all, wouldn't you also make a sly joke or two if every other person on the internet was @ing you in the comments? It's hardly an indication of anything other than that David is, like most millennials, prone to using social media in an intentionally enigmatic manner. But people seem hellbent on assigning negative feelings to David and creating a tragic post-breakup narrative for her, turning her into the “shady” ex whose face Davidson recently covered with a new tattoo, and starkly contrasting her sardonic snaps to those cute, Harry Potter Instagrams from Davidson and Grande, as if every complicated moment needs to be broken down into a win-lose dichotomy.

It’s no secret that the public tends to project their own insecurities upon people in the spotlight, so it sort of makes sense that we have a natural compulsion to assign “winners” and “losers,” since we want to think of ourselves as winners in our own lives. After all, when it’s your breakup, it’s quite natural to try and externalize the end of the relationship as the other person’s fault—look no further than the slew of articles online dedicated to identifying signs that you’ve “won” the breakup. No matter how true or untrue it may be that you “won,” coming to terms with an emotionally turbulent experience like a breakup by trying to convince yourself that it didn’t affect you as badly as the other person can be comforting. But that shouldn’t mean we as a public should feel entitled to creating a narrative for Davidson and David.

It's also worth noting that there’s been a marked difference in the tone taken when it comes to reports about Miller’s reactions to the announcement. While Miller has stayed relatively under-the-radar other than one false report that he was “devastated” by the engagement news, David has become a hot topic of gossip and speculation—despite doing a pretty good job at minding her own damn business. Perhaps it’s an extension of our obsession with the “crazy ex-girlfriend,” and a wider tendency to assign emotional hysteria to women? Whatever it is, though, we should know better by this point, and maybe just leave Cazzie David out of a narrative she never asked to be a part of.