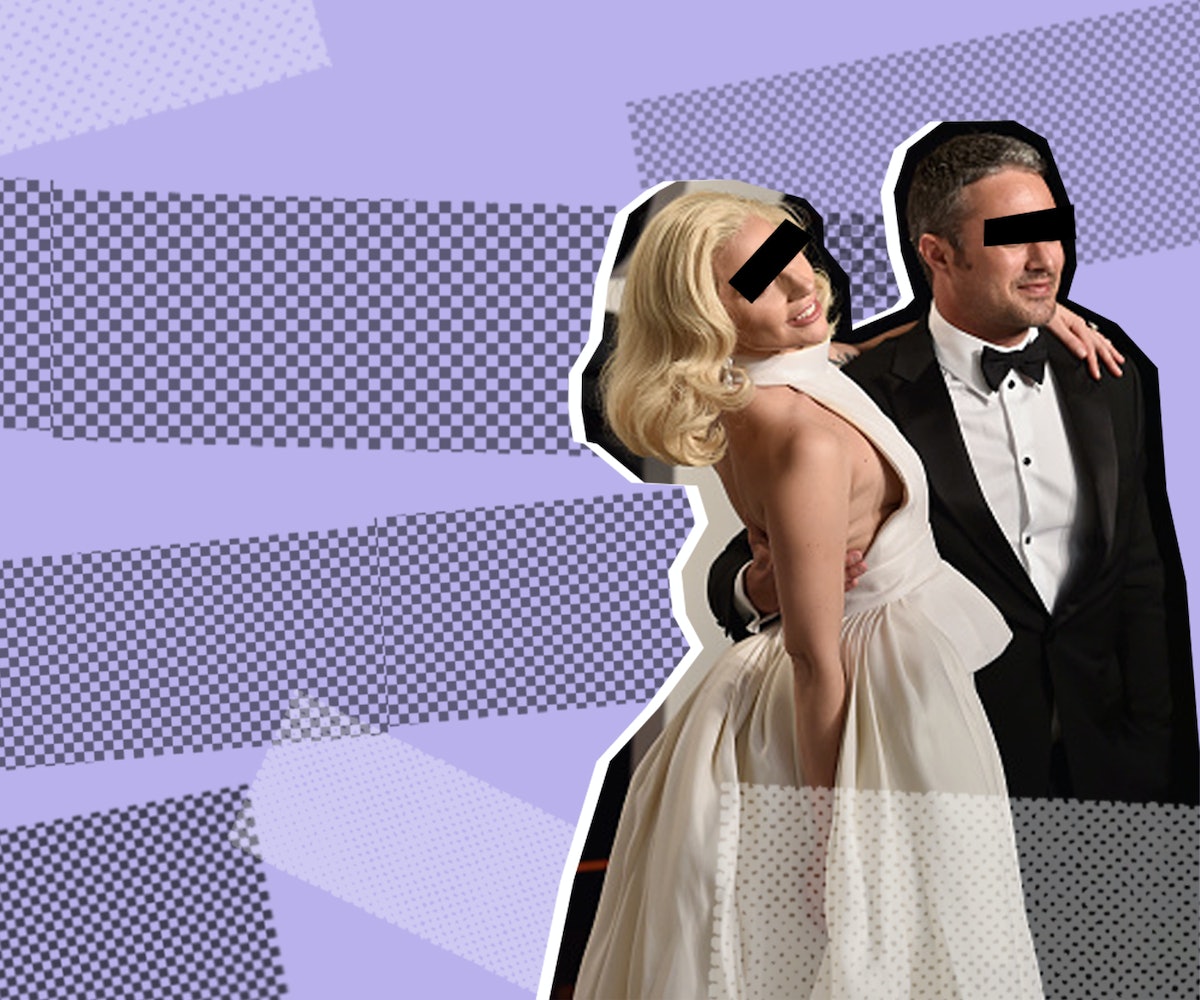 Lady Gaga and Taylor Kinney's split came as a shock to many this week. For those who follow blind items, however, it's been a long time coming. The website Crazy Days And Nights, one of the leading blind item publishers, alluded to trouble behind closed doors as far back as January.

A blind item is essentially Hollywood gossip told through code. Details of stories are shared, but the identities of those involved remain anonymous until a certain point when the author reveals them—usually months after the original publishing date. They cover everything from drinking habits, adultery, and antics on set to do-gooder things, like unreported community service or someone paying for the funeral of a homeless man who used to sit outside a coffee shop. A disclaimer on Crazy Days And Nights says the content published on its pages is "rumors, conjecture, and fiction. In addition to accurately reported information, certain situations, characters and events are portrayed in the blog are either products of the author's imagination or are used fictitiously." Like Reddit's subreddit /r/nosleep, assume everything you read on a blind item site is true but know there's a good chance it's not.

Regardless, blind item sites cull a rabid audience—one that's more in tune with the worshipful aspects of celebrity culture rather than the more exploitative nature of TMZ and grocery store tabloids. They generate long threads of comments beneath unrevealed blinds (the insider term for blind items), all trying to figure out who's who, and, oftentimes, referencing older blinds and other insider gossip. "Blind items are my guilty pleasure," a journalist in New York City, who prefers to remain anonymous, tells us. They consider blind items to be "the entertainment magazine for entertainment reporters" and "a breath of juicy, fresh air we need between writing the same bullshit about the same celebrities all the time." If you've ever had to generate daily content about Jennifer Lawrence and all her cool girl ways during The Hunger Games, you know this journalist's pain. Somehow reading maybe true but definitely fascinating bits of gossip makes up for all the other water cooler fodder we're otherwise consuming daily. Here, the question of why comes into play; you'd think since we're already so embedded within the celebrity sphere, we would shy away from partaking in even more gossip.

But blind items aren't simply surface-level gossip. The creator of Crazy Days And Nights believes blind items are popular because they're real dirt. "Most of the tabloids like to pretend they are selling you gossip, but what they are selling is banal, vanilla, PR-regurgitated crap," the anonymous voice known as Enty Lawyer says. "Think about how often your mouth drops when you see the cover of a tabloid. It is rare. That jaw-dropping is good gossip. That is a blind item." Indeed, that type of jaw-dropping plays into the notion of schadenfreude aka deriving joy from someone else's misfortune. Miriam Korn, Psy.D., a licensed clinical psychologist in private practice, cites the connection between envy and celebrity that suggests our collective jealousy of celebrities leads to our collective pleasure from reading naughty bits of gossip about them. Blinds create a false sense of intimacy between the reader and celebrity too. "If you know this embarrassing thing about whoever it is, you're on the inside track with them," Korn says. "It seems to totally satisfy the love/hate dialectic we feel about people in the spotlight, much like learning something embarrassing about a popular person in high school that humanizes them and makes you feel cool for knowing it."

Of course, learning something about the popular person in high school and learning something about a high-profile celebrity is different. Had blind items been focused on your regular Jane and Joe, most people wouldn't care because gossip only resonates when both parties are familiar with those being gossiped about; otherwise, the words fall on deaf ears. But because blinds involve public figures that most people know and have some sort of idea about, their content galvanizes. Enty Lawyer describes his audience as a "group of people who like solving puzzles." For him, blind items are crossword puzzles: "There are only so many two-letter words. A pro crossword puzzle player knows them and flies through them with ease." Korn connects this to the Zeigarnik Effect phenomenon, which suggests it's human nature to feel dissonance when information isn't complete. "We have a need to 'close the loop,'" Korn says, "so when a vital fact is missing—for example, who the celebrity is—the story persists in memory." You know when you can't think of something you know you know and it drives you crazy until you get it? That's the Zeigarnik Effect, and it's a huge motivation behind the blind item community.

In a figurative sense, blind items are the equivalent of being flies on the wall at a party to which you know you'll never get invited. They quell some vague sense of FOMO. "As a reporter, I would never use one as a valid source," our anonymous journalist says, "but I do take pleasure in reading the things I can never write about." The nature of blind items, even if they prove to be true, shrouds the information in a questionable cloud that many lawyers would consider to be liable. Just don't say you didn't see a certain piece of celebrity news, such as a breakup, coming because chances are this small but devoted community of sleuths knew about it months ago. After all, Enty Lawyer says "there are only so many descriptions available for Rita Ora" and clever minds will put two and two together before the rest of us do.