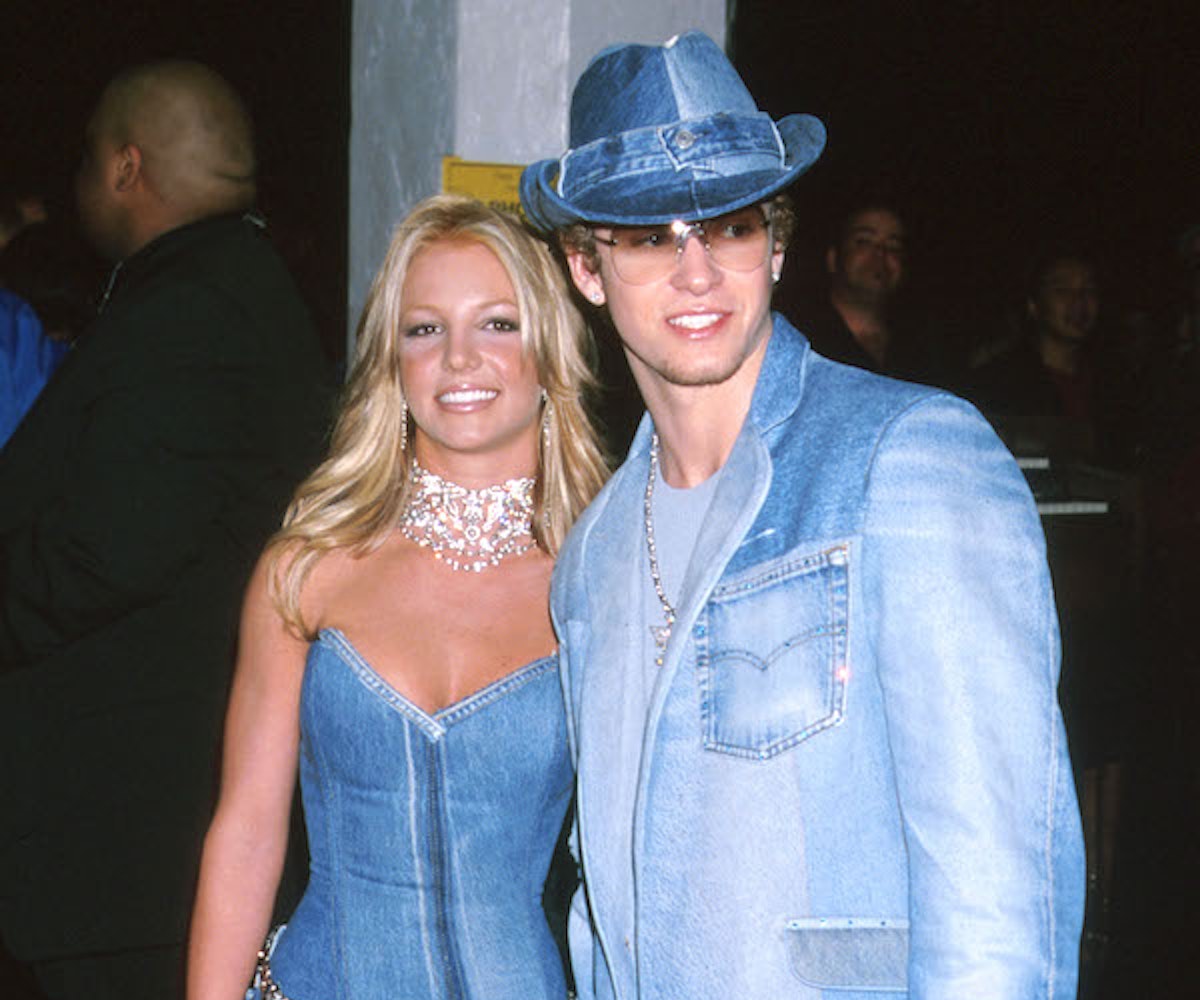 Yes, when two stars love each other very, very much, they dress alike. Sometimes that works out for the best, creating unforgettably beautiful images. Other times, though, the coupled celebs create lasting, transcendent moments of pure badness. People, these are those images, these are those moments. Share with your significant other, and then head to your closets inspired and informed.

This is the moment that instantly pops to mind when you think about matchy-matchy celeb couples. This denim-on-denim-on-denim-on-denim situation from the 2001 American Music Awards is the be–all and end–all—hence we’re starting with it. Inspired yet? Yes, you are.

If Justin and Britney were the couple of the early aughts, Kim and Kanye are the couple of right now. Truly, the two never miss a chance to dress alike. We could fill up an entire post of them matching colors, themes, shapes, textures. Hell, someone already did!

On the rocks? Perhaps. But whatever happens to this couple in the future, we have a past of magical matchiness that goes all the way back to their beginnings. Honestly, we hope the rumors are all lies because we would miss these two on the red carpet together. They’re like the little man and the little woman on the top of the wedding cake.

Sometimes you have to wonder if The Kills drummer and the supermodel got married for the sole purpose of always having someone to go shopping with for distressed jeans, weathered leather jackets, and rocker scarves.

On a lesson in styling leather with jeans, look no further than these two. Such samesies. This is when mirroring absolutely works.

Remember the days, not so long ago, when this couple could be seen dashing through LAX or Heathrow airports scrubby, unwashed, and very sexy in basically the same outfit? Did they share flannels? You bet they did. When Stewart moved on to Alicia Cargile, she also seemed to pair up with her style-wise (we’ll see about Soko). Pattinson, for his part, does not dress at all like FKA twigs. It's a shame.

These two have a long track record of showing up in all-black together. A long track record. This moment from the 2014 British Academy Film awards, however, stands above the rest. Really, his tux is nothing to write home about—but coupled with her tux, it’s a simply brilliant fashion statement.

Oh, hey, guys. Well done. We love a good casual look, and two of something we love is twice as good, right? No, seriously, these two always seem to chat it out before they step out together. If only they wore the same size, things could get even more interesting.

We said it was the be-all and end-all, didn’t we? It is the alpha and the omega of celebrities dressing alike. The beginning and the end.