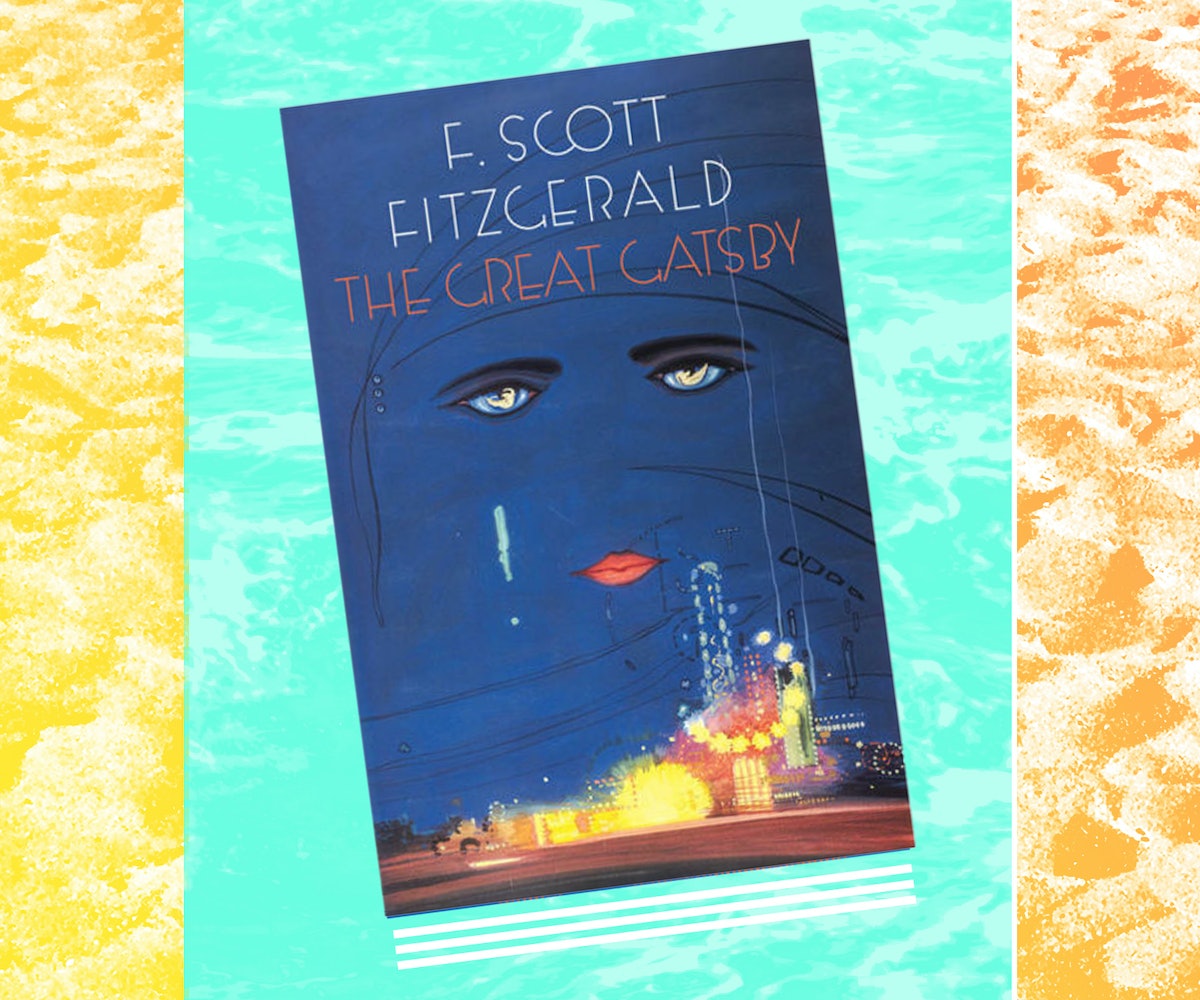 There's nothing quite as satisfying as letting an exceptional book soak up your lazy, hazy summer days. And somewhere amid the pile of juicy beach reads, you might be lucky enough to find a book that moves you on a deeper level. We asked eight of our favorite celebrities about that very experience—because no one is beyond the reaches of a literary miracle. Ahead, celebs tell us about the books that changed their lives.

"The Hitchhiker’s Guide to the Galaxy literally forms who I am, forms what I think is funny, and forms my sense of humor. I think you can buy it on iTunes and I highly recommend it... or the BBC adaptation, but maybe not… I could get held captive for saying something wrong. But, somebody made a radio play of The Hitchhiker’s Guide to the Galaxy. That is the best thing in the world. My brother had it and he passed it on to me when I was really young, like eight or nine, so I was listening to the tapes and it really changed my life. Then I read the book when I was a teenager and that was it. So I recommend it to anyone."

"I’m not much of a reader (I get really bored easily) but Michael Caine’s acting book is the best book ever. I have it in my apartment. One of my co-stars, Robbie Amell, who is now acting in great things, had given me that book when I first started acting. It’s not necessarily about acting, it’s about human interaction and connecting with people. It’s a really cool book."

"There are actually two. One is [from] when I was a girl. I was about 13, and it’s a book by Sharon Flake called The Skin I’m In. It’s about a young girl who’s dark skinned and her struggle with that in society. And so that book really, really was my saving grace dealing with being someone that is dark skinned and people not seeing it as a beautiful. Now as an adult, I just finished Oprah’s book called What I Know For Sure. And that’s been awesome. Like, I’m reading it again."

"I read a book recently called The Art of Racing in the Rain. It’s a book basically told from a dog’s perspective with its family around it. It’s very clever without being overly clever. But at the same time, not being a dog... I don’t know. It struck a chord with me. At the moment, just off the top of my head, that’s probably my favorite book."

"Everyone makes fun of me because everyone asks me these questions and I always say, I don’t know, I have to look at my list! What am I reading right now is Anna Karenina, but I keep restarting because it’s so intense and long. I guess in high school–it’s a bit generic–The Great Gatsby. I had a great English teacher and we got really into the characters, and for some reason, that has always been one of the first ones that comes to mind. Oh! The Glass Castle was really intense. I read it a while ago, but I remember connecting with her a lot. Scratch The Great Gatsby. I remember really connecting with the aspect of the [The Glass Castle] that people don’t get her and she has to work really hard to attain some of the things that she had. It’s one of the strongest books I’ve ever read because I related to her in that way. Working really hard for what you want and overcoming obstacles—like not having money or whatever. I feel like those life situations where you have to work so much harder for whatever it is, those are the most rewarding when they actually happen."

“I have a few. Just Kids by Patti Smith is one of my favorites and Franny and Zooey is another. [Patti Smith] describes what living in New York and being an artist at that time was like so vividly, and I think as an artist living in New York, I’ve always romanticized that time. It’s always really inspired me and makes me sad that I wasn’t alive then.”

"The Essential Rumi. It’s a collection of the most magical, beautiful poems by the 13th century Persian poet, Rumi. It’s almost like he’s written a poem for your every mood and emotion. I started writing poetry in my early teens and somehow, I’ve always connected with his words. In a sense, it almost seems like he gets me!"

"The Things They Carried by Tim O’Brien. It’s a somewhat fictional memoir of the Vietnam War from somebody who was in it and went through it. I think it was just a great story mixing time and memory and all that."