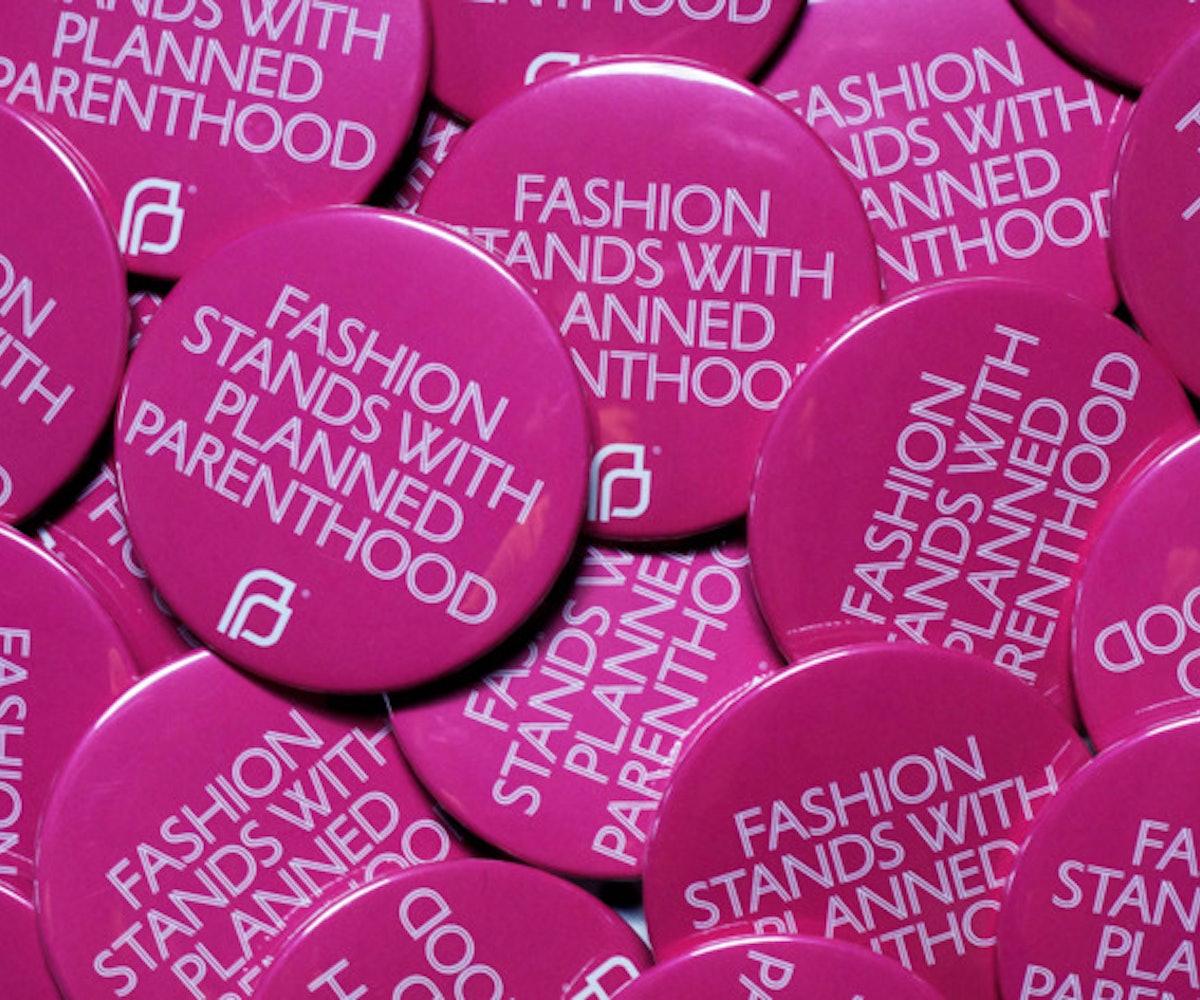 New York Fashion Week is about to kick off, but that doesn't mean that the industry is losing focus of the bigger picture. The CFDA recently announced that it will be launching a campaign called Fashion Stands With Planned Parenthood. Led by CFDA board member Tracy Reese, the mission is to raise more awareness about the benefits of the nonprofit organization. So far, all we know is that pink pins designed by the Condé Nast Creative Group will be up for grabs.

“We know that so many people stand with Planned Parenthood—including designers and entertainers—because they and their loved ones have relied on Planned Parenthood for health care, including life-saving care like cancer screenings, birth control, STI testing and treatment and sex education,” Reese said in a statement. “Planned Parenthood is often the only option for this type of care in underserved communities. By creating a visually engaging and fashionable pin, we hope to create an organic social media movement promoting awareness and education.”

The pins will be distributed to designers, PR agencies, modeling agencies, creative agencies, fashion week locations, industry influencers, and press participating in NYFW. The purpose of the pins is to make a statement that will then be marketed via social media with #IStandWithPP. (In CFDA's own words, "Wear it, post it, tag it.") CFDA President and CEO, Steven Kolb, believes that it is our "civic responsibility" to show support. Around 40 designers are reportedly participating in the initiative including Diane von Furstenberg, Carolina Herrera, Cushnie et Ochs, Public School, Jonathan Simkhai, Kate Spade New York, Rosetta Getty, Proenza Schouler, Mara Hoffman, Narciso Rodriguez, Milly, Prabal Gurung, Tory Burch, and Zac Posen.

Keep up with the latest Planned Parenthood news here.