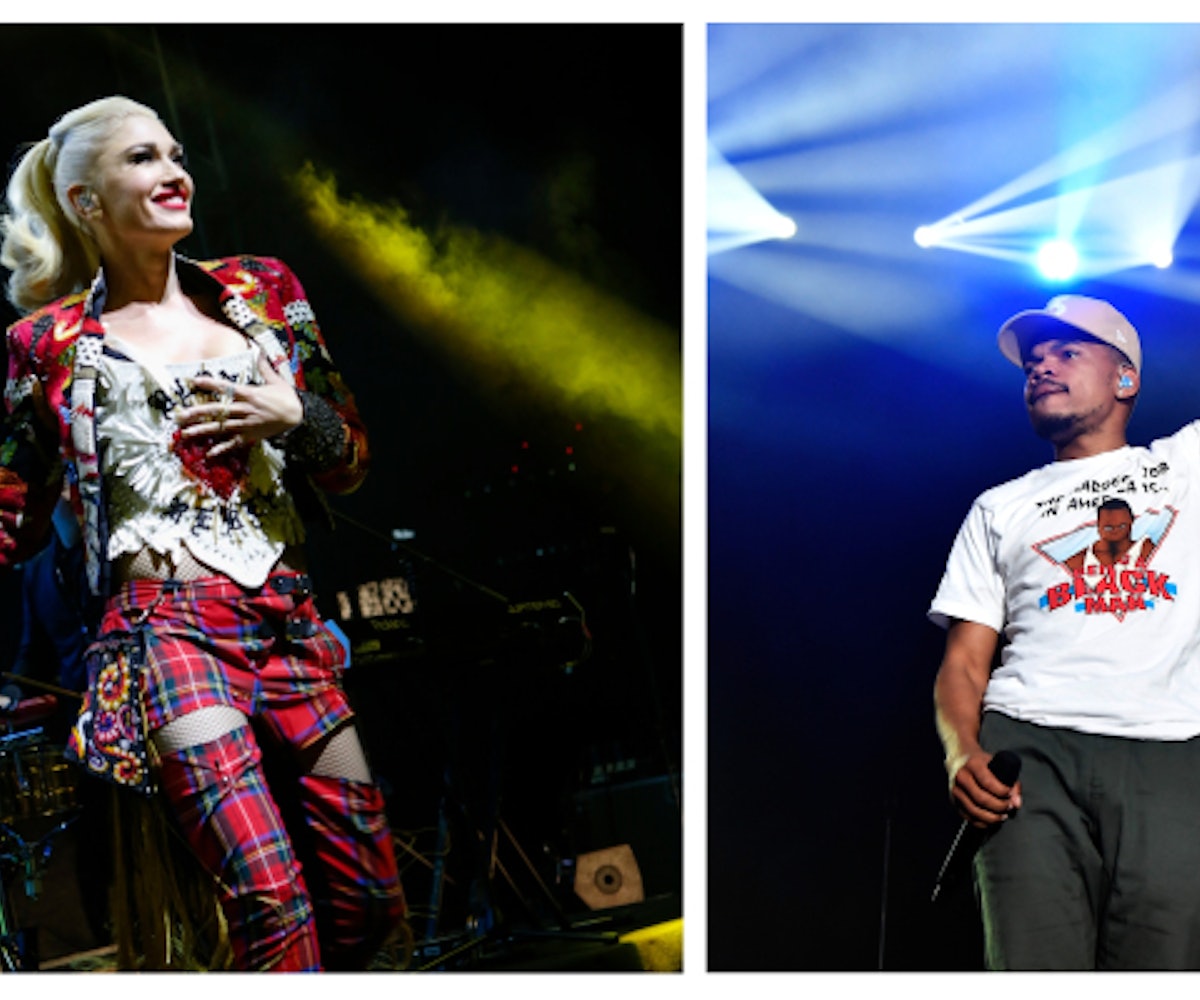 Chance the Rapper and Gwen Stefani may have something in the works. Fans of both artists went into panic mode yesterday afternoon after Lil Chano reached out to Twitter (as one does, naturally) for help in reaching Stefani.

Some offered their help by reaching out to the singer directly, which Chance was grateful for.

And eventually, the internet worked its magic. Stefani reached out to the rapper with a simple, "Hi!!"

The small exchange was met with excitement online, as fans tried their best to decode their messages and prompt the two to do a collaboration.

One person also brilliantly noted that Chance, Stefani, and Pharrell, who has worked with both artists, should link up.

The two have yet to address the rumors, but if a collab happens, it'll undoubtedly be bananas.