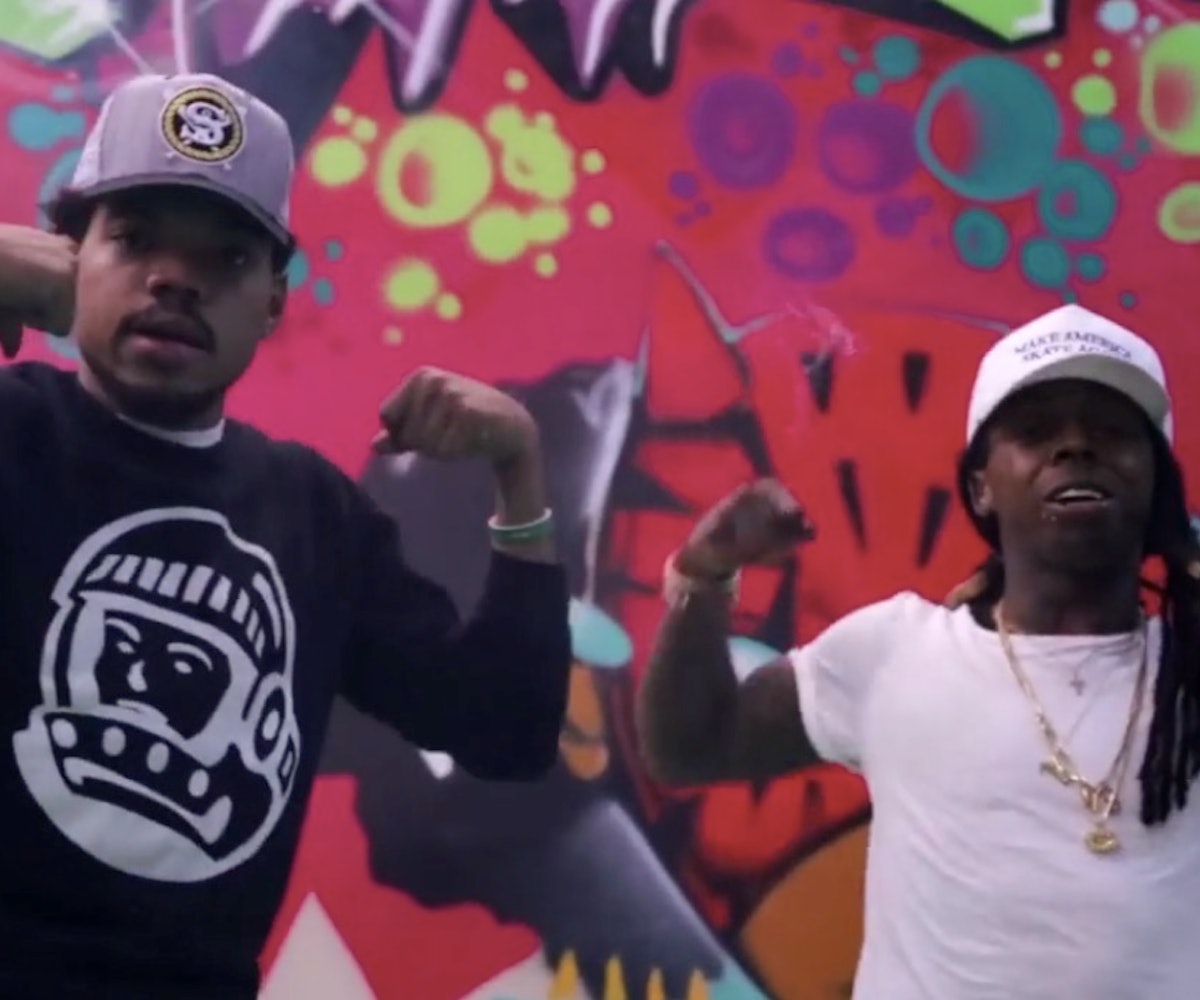 In the new video for Chance the Rapper's "No Problem," the Chicago rapper looks like he's having the time of his life. And why not? There's a lot to celebrate. His mixtape Coloring Book debuted on Apple Music last week to universal acclaim and elevated him to the forefront of pop music. And yesterday, the album made its way to every streaming platform around, so everyone can hear the effusive songs that everyone's talking about.

One of those songs is "No Problem," and in the clip, Chance is dancing his face off alongside Young Thug, DJ Khaled, and King Louie. Lil Wayne and 2 Chainz both have verses on the song, appearing in the video too. You can practically see Chance's unbridled and infectious energy rub off on them.

Along with the video, which Chance debuted on Twitter, he also announced that tickets for his upcoming tour go on sale soon. Don't miss out, and watch the video below.