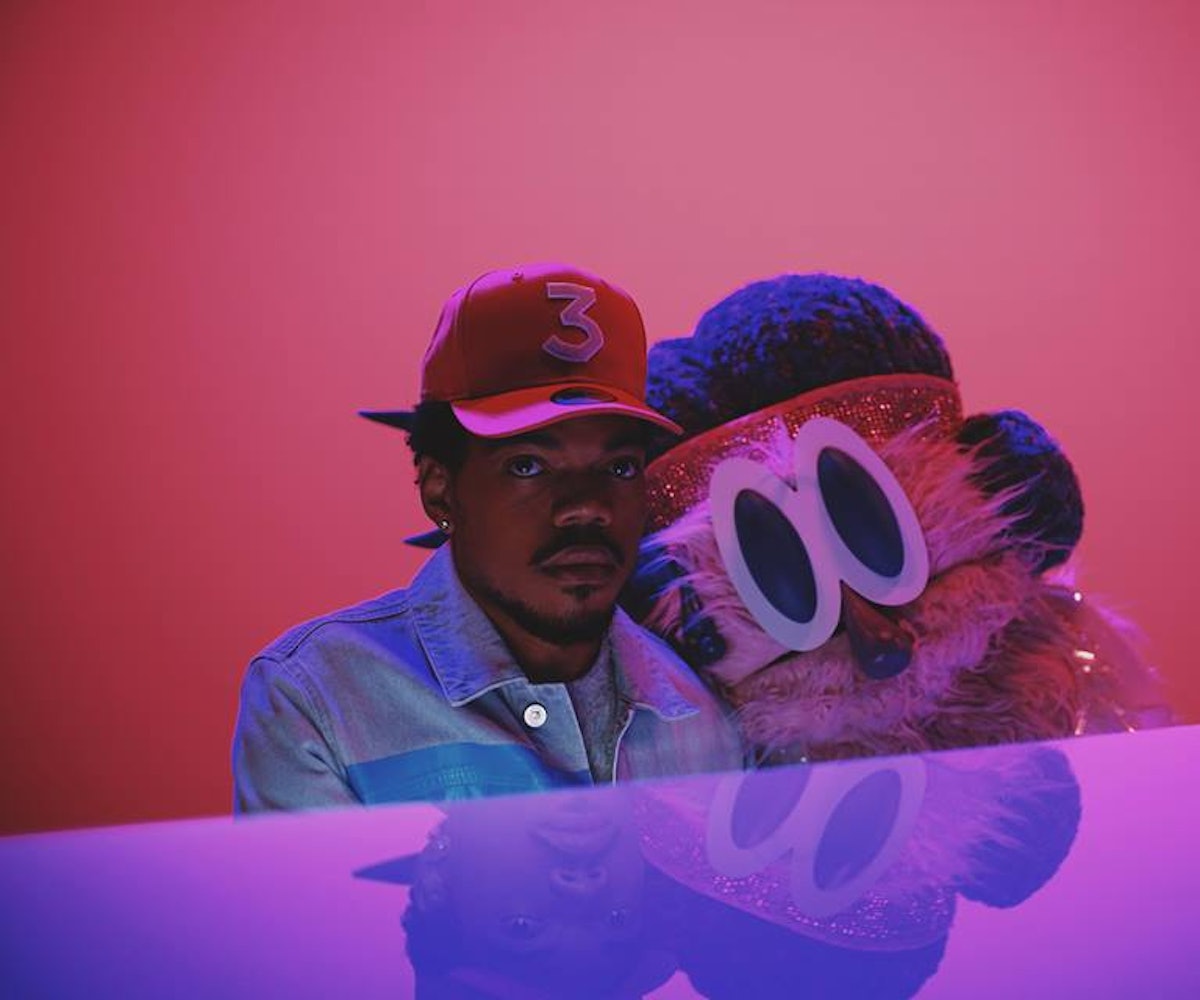 Photo courtesy of Chance The Rapper

The element of surprise will never go out of style, especially when it's tied to a premiere. Chance The Rapper randomly gifted us a brand-new music video, but, it appears, he didn't want to do it the old-fashioned way through a publication partner. Instead, the 23-year-old opted for one of his own platforms on social media.

Chance first made the official announcement of the release in a tweet. After rolling out a 10-minute countdown, "Same Drugs" then premiered on the rapper's Facebook Live page. The video opens with Chance wearing one of his signature "3" caps while playing the piano on a stage. A female puppet leans on his shoulder to deliver the duet. As for the footage, it looks like a rough cut from one of the '90s PBS programs like The Muppets or Sesame Street.

The whole vibe is similar to what crowds were exposed to at the Magnificent Coloring Day. When Chance eventually gets up and walks off the stage, more puppets are seen backstage running the show. Seeing as to how the song is a reflection of youth, the theme makes a lot of sense.

Maybe we're thinking too deep, but perhaps it's also all a metaphor for not allowing yourself to be another puppet with someone else pulling the strings of your life? Either way, it touched our hearts and made us feel overwhelmed with nostalgia. (We're staring at our screens like Kensli.)

The track is featured on his critically acclaimed Coloring Book album. Chance The Rapper is scheduled to perform at the Grammy Awards on February 12. Replay the video on ChanceRaps.com or watch it in full, below.

NEXT UP
Culture
Kareem Rahma Survives A Dinner Party From Hell In “Really Rich Parents” Video
Entertainment
19 Niche Music Festivals For Every Type Of Person
Entertainment
Ebony Riley's "Deuce Deuce" & 9 Other New Songs Out This Week
Entertainment
Beyoncé Is Now The Most Awarded Artist In Grammy History
Style + Culture, delivered straight to your inbox.