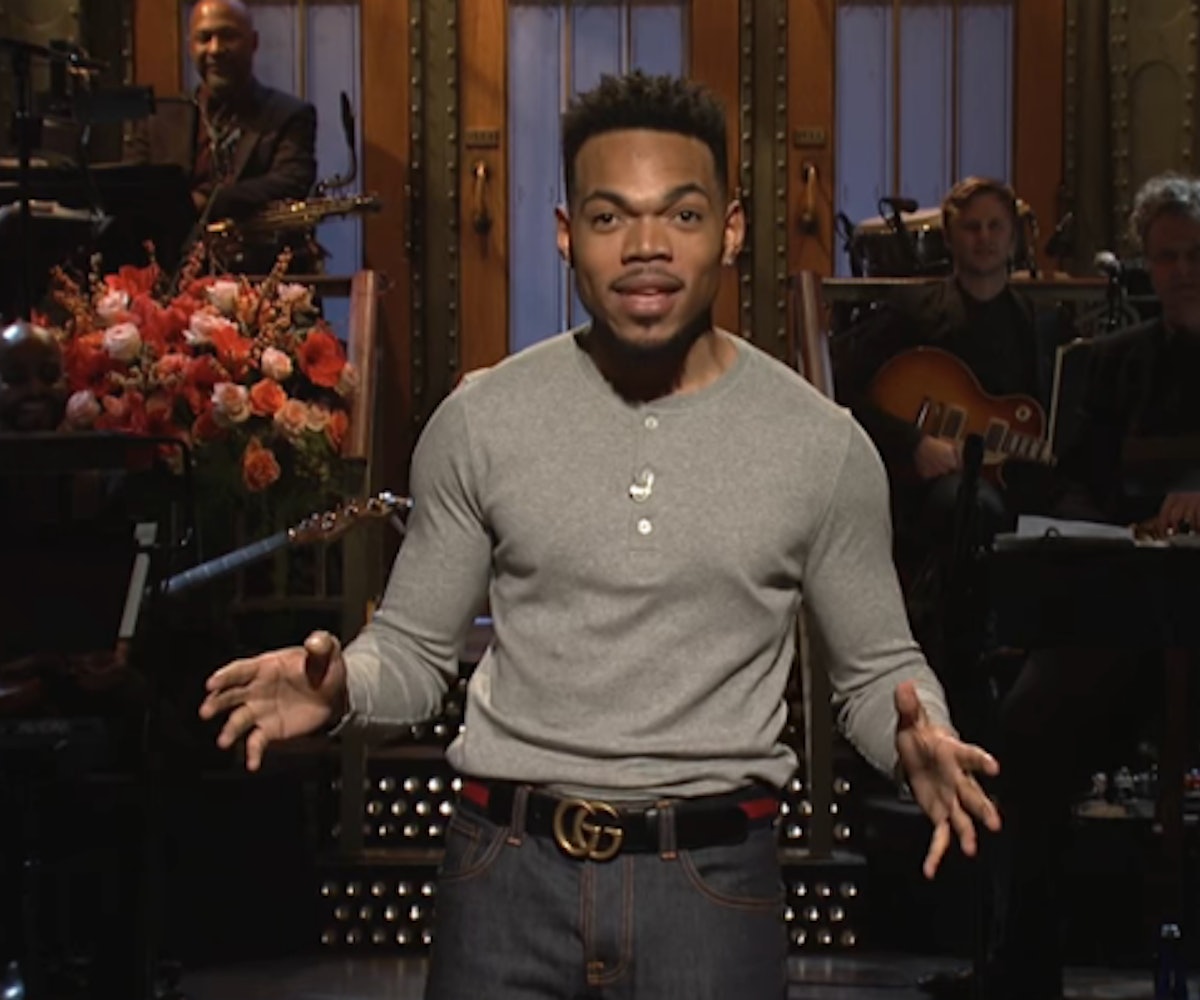 When Saturday Night Live announced that Chance the Rapper was hosting, but wasn’t going to be the musical guest, fans of the Chicago artist were crushed—no Timberlake treatment for the musical guest who stole the show when he dropped into sketches last season? Fans needn’t have worried. In the '90s R&B hit you didn’t realize you needed since Boyz II Men stopped releasing albums, Chance and cast members Kenan Thompson and Chris Redd crooned the ultimate ode to 44: “Come Back, Barack.”

Picking up where Chance’s last '80s-tinged ode to Obama on SNL left off, “Come Back, Barack” had Chance, Thompson, and Redd stepping in the name of Barack, spouting mid-song breakdowns, and rocking a truly impressive number of five-piece suits. Lines like, “I know there’s other Democrats /More than just a few /But when I think of change, the only change I want is you” are among the many pleas the three singers make for Obama to temporarily pause his life of hang-gliding, ice-cream eating, and dropping his daughter off to college.

The hosting gig gave Chance the opportunity to flex his acting muscles on his second SNL appearance; the rapper even told Jimmy Fallon the day before hosting that he had pitched a sketch with the help of Atlanta creator Donald Glover. Other notable sketches included Chance as one of the residents of Gotham coming to complain to Bruce Wayne about the racial profiling their families faced at the hands of a vigilante cracking down on street crime; another featured Chance as a sideline basketball reporter asked to cover a hockey game—a clever riff on the racially-tinged idea that black fans don’t like hockey, turned into a joke on increasingly bad sports programming. One of the best sketches of the night was a recurring bit on Family Feud; this time with Chance playing the illegitimate son of host Steve Harvey, played by Thompson.

Though the rapper didn’t perform as musical guest—a move that raised more than one eyebrow, given the optics of usurping a black musician’s time for a white artist—Eminem performed the show with a medley of his hits, including “Stan” and “Love the Way You Lie.”