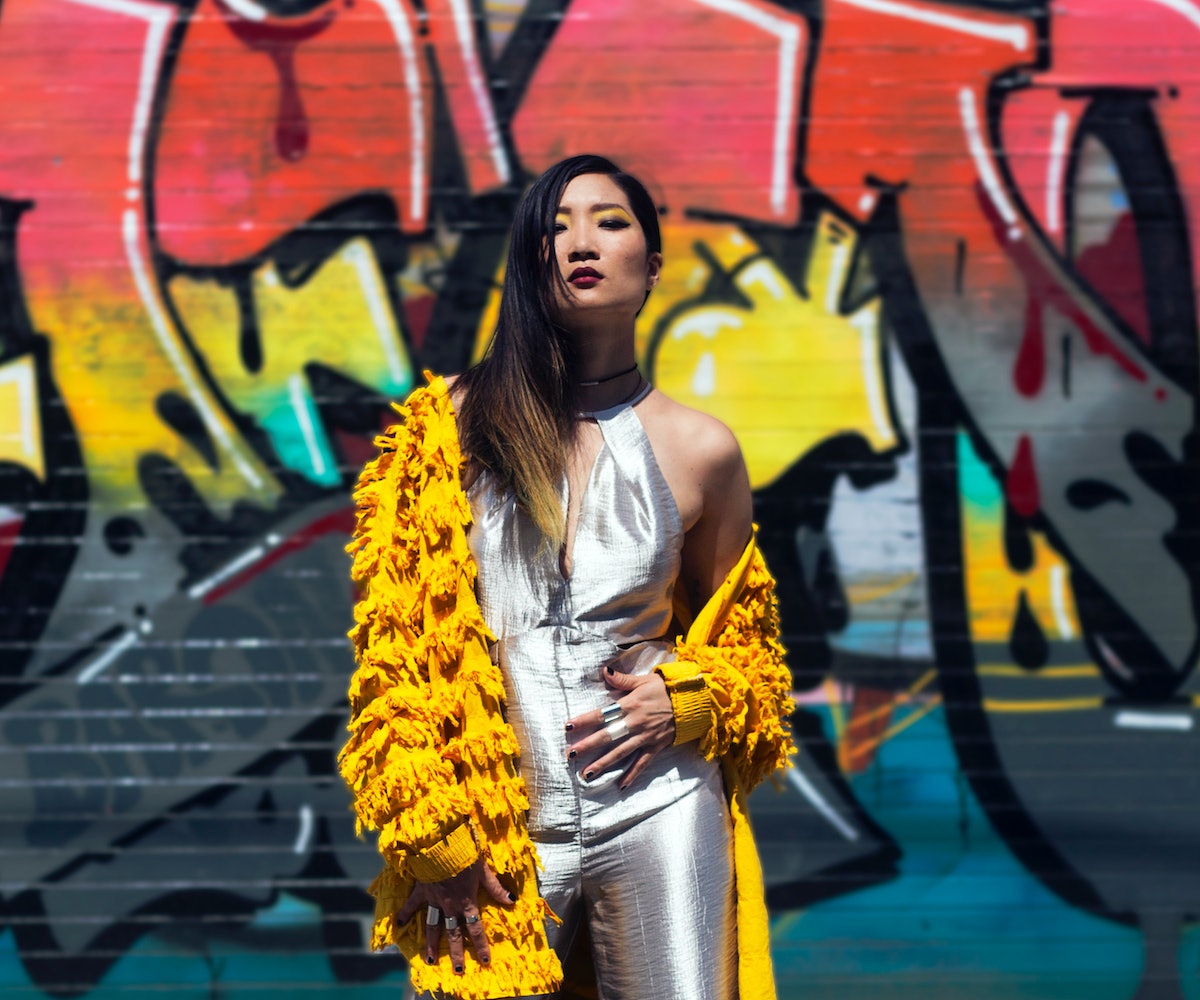 For Charlene Kaye, music was always a passion; a fact made crystal clear to me when I recently saw her perform at the Mercury Lounge in New York’s Lower East Side. Even those who didn’t know her name when the show began left the venue with fandom in full effect.

Kaye is fresh off of the release of her latest EP, Honey, which features dreamy pop-rock tunes and catchy choruses. The singer-songwriter doesn’t stop there. In addition to her own projects, she still has time to lend her voice to pop band San Fermin. I caught up with Kaye recently and found out how she first got into music, her dream collaborators, and why 2013 was such a strange year for her.

What are you up to today?

Not much! I’m headed to [meet] Ellis [Ludwig-Leone of San Fermin] to record some finals for our next album.

That’s great that you’re able to work with San Fermin in addition to your own stuff.

Yeah, it’s great. It’s really fun to be a part of a bunch of different visions, and I really like playing sideman. I play guitar in this other pop band this fall, in addition to doing my own stuff and San Fermin. As long as I’m surrounded by music, it makes me happy.

Oddly enough, first came classical piano. My mom grew up in Singapore in a very poor family of eight siblings. When she moved to America, she really wanted the best for my sister and me, and she threw every instrument under the sun into our hands. Later, I picked up guitar on my own and fell in love. When I told her I wanted to be a musician for a living, she was like, “Wait, what? We didn’t want this to actually be your livelihood—we just wanted you to be well-rounded.”

Like a hobby, capital H, to put on your resume.

Exactly, but she’s come around. Now she knows that I wouldn’t be happy doing anything else. I completely appreciate the length my parents went to, to give us some of these opportunities, and I think I would certainly do the same if I were a mom.

Tell me about Honey. What was the inspiration for it?

Honey was born in this murky period between when I had released my last album and when I joined San Fermin. I was struggling with some major life changes that were happening at the time and dealing with a breakup and stuff with my self-esteem. I just needed to write a song that entailed the complete opposite of how I felt, and then I needed to see if that changed my world view, and it did.

What was the first song on the album that you wrote?

The first song that I conceived was actually “Armies.” I wrote it when I was thinking about how humans connect to each other. There is a line in the song that was inspired by two characters in this book called On Beauty by Zadie Smith. Basically, there are two characters who are a married couple and they are constantly at each other’s throats, which was a really, really profound image to me. These two people love each other deeply, but will never truly connect because they can’t communicate.

How has the response been so far?

It’s been awesome. I’ve seen on social media that a lot of people have really connected with “Carry You,” which is my favorite song of the EP and the song that I wrote for my sister. In that murky period that I mentioned, there was something about that year that just felt very like...

I remember your mentioning 2013 being a crazy year at your concert...

I don’t know what it was. It was like, “Oh shit, there’s like a reckoning happening collectively here.” For me, I wasn’t totally sure if I even wanted to continue with music because I was in this quagmire of self-doubt, and writing didn’t seem as free and as natural as it had in the past. I think I was trying to, like, shove a square peg into a round hole. I was trying all these different things, so I just took a step back and lent myself to Ellis’ vision, and the San Fermin vision really helped me see why I fell in love with music, to begin with.

If you weren’t a musician, what do you think you would be doing?

I had a really inspiring English teacher in high school and originally thought about doing that. I’ve always been interested in the psychology of people and talking about relationships and figuring out what makes people tick. I think there was something interesting to me about talking to young kids and helping them figure out one of the messiest and confusing times of their lives, which is teenagedom.

Oh my gosh. This is daunting. My younger self would say, Rufus Wainwright. I also want to collaborate with Awkwafina. She is a badass Asian rapper. I want to be a voice for young Asian-American girls who might not think that they can be pop stars or rock stars because they don’t see anybody that looks like them doing that. I think Awkwafina is somebody who is really pushing the definition of what it means to be a pop star, and I would love to collaborate with her. And Janelle Monáe, too

There is definitely more diversity today than there was even a decade ago.

Yeah. I grew up in the '90s, which was the boy band era and when Britney Spears was ubiquitous. I think the idea of what it means to be a woman and what it means to look like a woman has expanded and evolved so much. You don’t have look like Britney Spears to succeed in music today. I think there’s been a renaissance of diversity in the pop culture landscape. Now, we’re seeing more and more examples in the media like Fresh Off the Boat and Master of None that actually represent how I grew up.

The same kind of goes with being a woman.

There used to be so much stock put in the likeability of being a woman, and I feel like there was a lot of pressure growing up—and from my parents as well—to be beautiful and delicate and pretty and not make too much of a fuss and don’t be too opinionated because that won’t make you an attractive person. And so, I was like, “What is the point of being likable if you’re gonna round out all the edges of yourself that make you special and make you who you are?” And you won’t really be telling your real story if you do that, and that’s not being honest. I think trying to be likable would eventually make one milquetoast which is the worst thing of all.

If you could travel anywhere tomorrow, where would you go?

What are you currently binging on Netflix?

I watched Stranger Things, of course, and I also just finished The Night Of on HBO. It was excellent.

If you were going on a road trip, who would you put on the playlist?

Oh, man, I’d put some Weezer, some Fiona Apple, some System of a Down. These are all bands that I listened to in my childhood. And I’d throw in some Beyoncé for good measure.

Do you have a life motto or any words you live by?

I found this thing on Instagram that someone shared—it’s my phone background right now—and it says, “Failed? No problem. Next idea.” There’s so much I want to do—I want to produce stuff for other people and I want to co-write for other people, I want to write big pop songs for bigger artists. No matter what I decide to do, I’m gonna figure something out.

Lastly, and clearly most importantly, do you have a favorite flavor of ice cream?