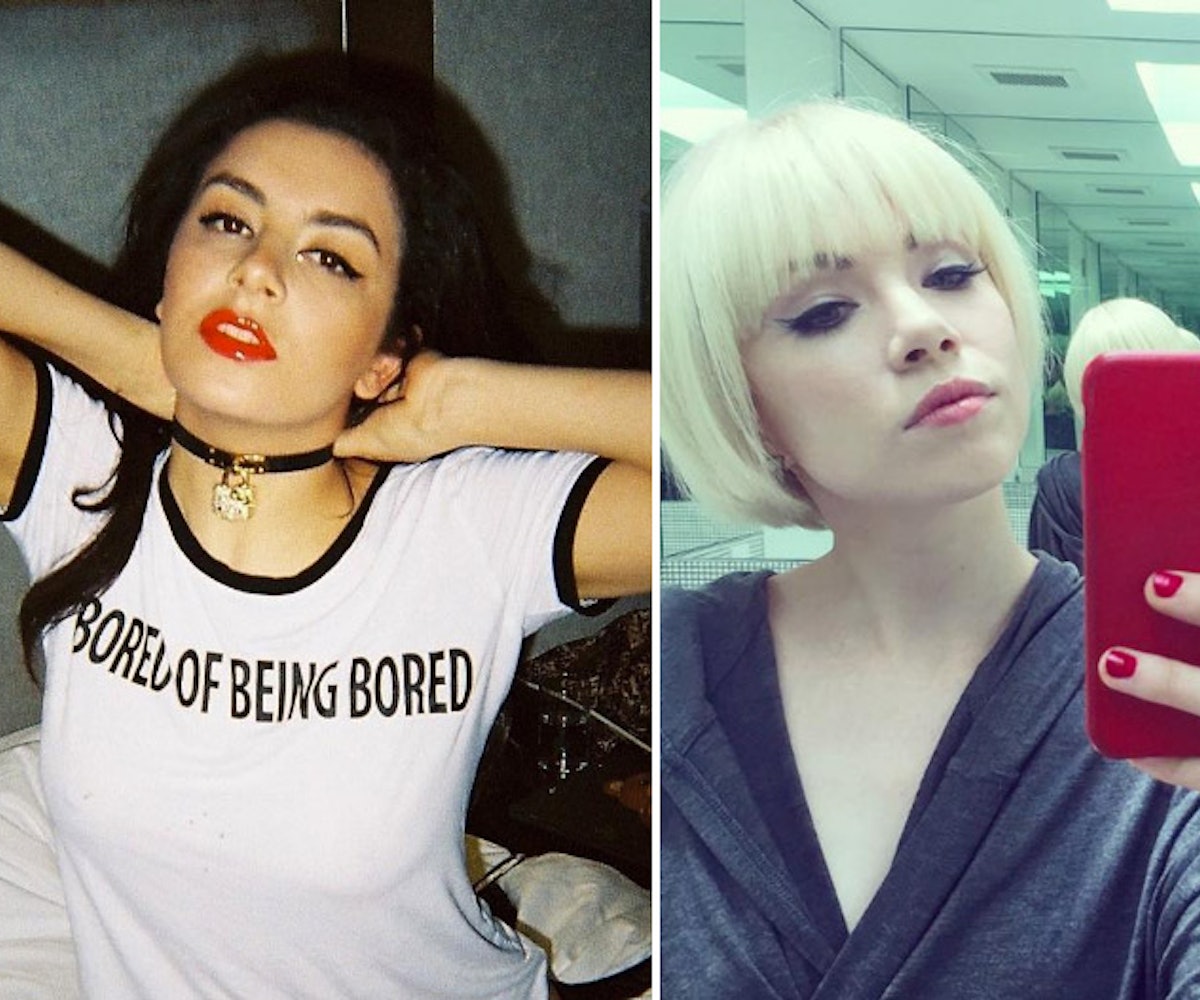 The reinvention of Charli XCX is in full swing. Her seamless move into the world of PC Music has spawned a stellar EP and a super-cute and freaky video. The album is reportedly underway. To keep the momentum going, she's taken to surprise performances with producer and friend SOPHIE and A. G. Cook. Last night, she unleashed another hit.

Red Bull Music Academy played host to PC Music's Pop City Party in Los Angeles yesterday, July 20. Charli XCX brought her newfound sound to the stage, along with "Paradise" collaborator Hannah Diamond. With A. G. Cook working his magic behind her, Charli debuted a song reportedly called "Bounce." It's grade-A PC Music: bright, bubbling verses that drop into a sinister, vocal-less chorus. This new era is rife with juxtapositions. Get into it or be left in her dust. Vroom, vroom.

Carly Rae Jepsen joined resident PC Music maestro Danny L Harle for a performance of their unreleased song "Supernatural." The critically acclaimed pop wunderkind's work with Harle leaked a few weeks ago but was swiftly yanked from the internet. If this performance is any indication, "Supernatural" is coming. Prepare your tweets, fangirl moments, and friends accordingly.