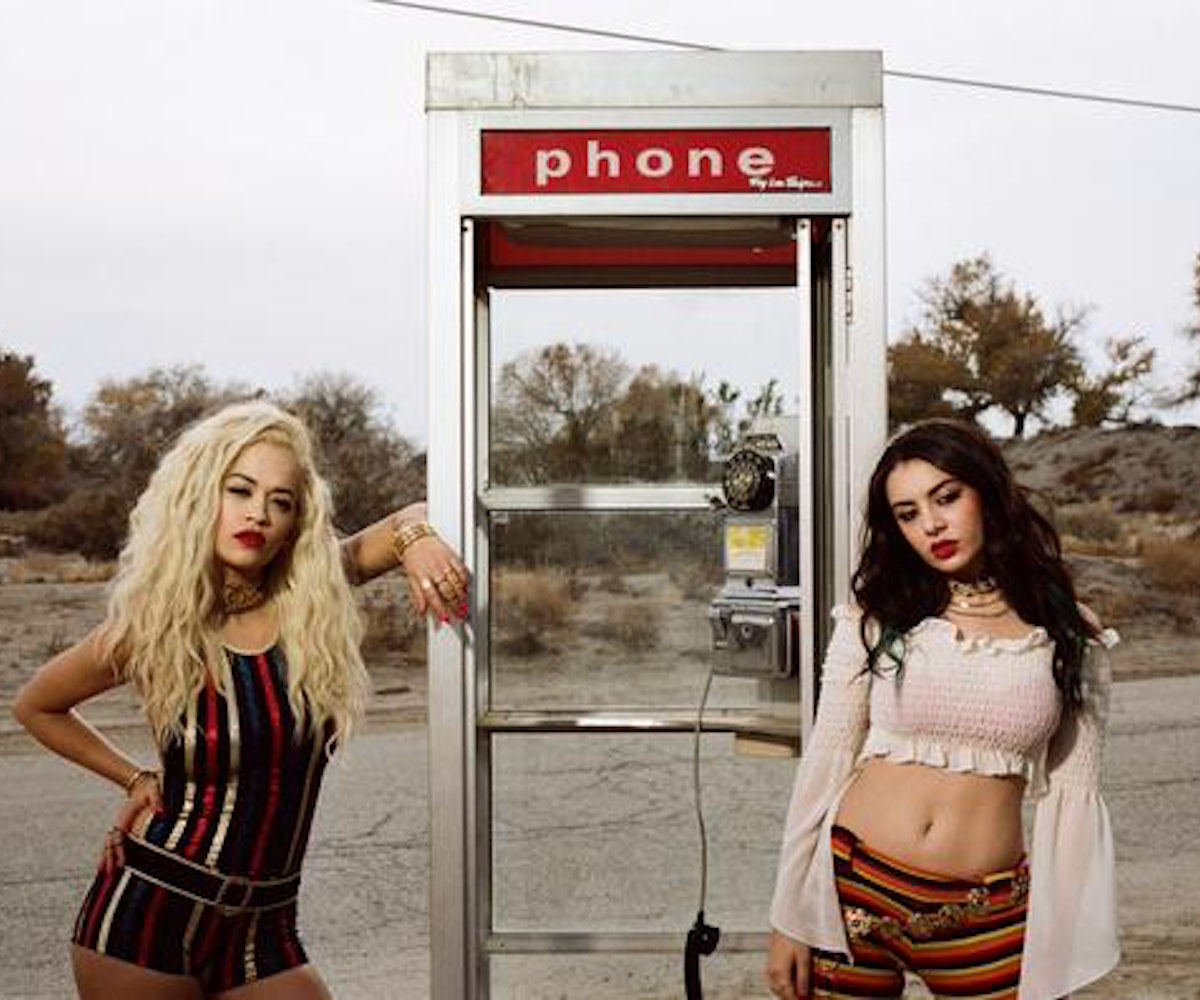 What happens when you put British pop queens Charli XCX and Rita Ora in a studio together? A whole lot of awesomeness and one 3:48-minute track you'll find yourself playing over and over and over again, that's what.

This afternoon, the duo—who have each collaborated on separate Iggy Azalea tracks—released a new version of "Doing It" that features Ora's raspy vocals as a UK single. The simple addition seems to change the meaning of the song, originally released on Charli's Sucker, transforming it into an ride-or-die girl gang anthem. To make the '80s-infused collab even sweeter, the two are releasing a music video, so be sure to be on the look out.