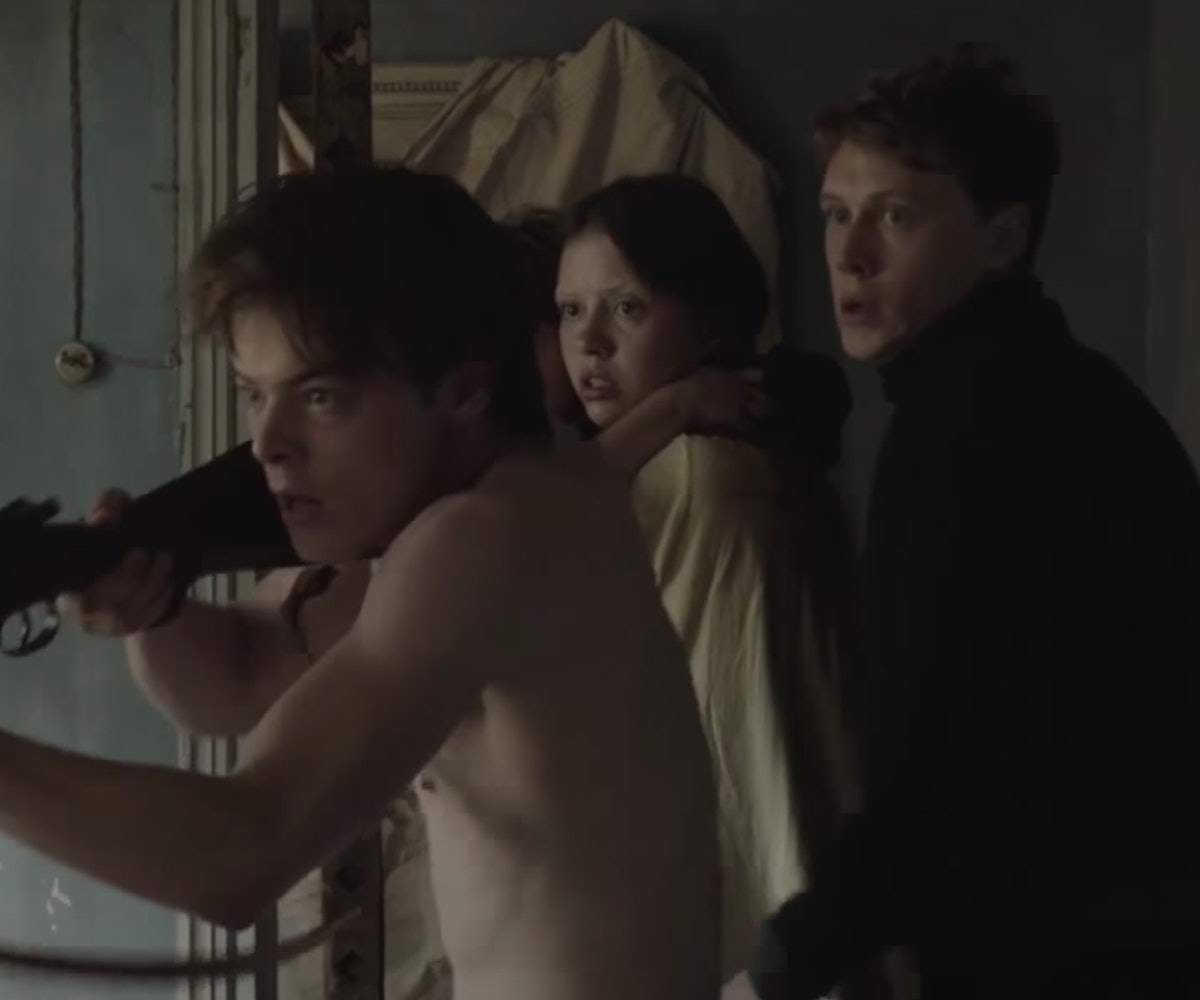 What do you get when you bring together a group of orphans who are having a difficult time shaking off their mysterious past and put them all in a haunted mansion? Sergio G. Sánchez’s chilling new horror film, Marrowbone. Set in 1969, Marrowbone follows the story of four British siblings, who are grappling with the sudden death of their mother. Living at their mother’s childhood American estate, 20-year-old Jack, 19-year-old Jane, 18-year-old Billy, and 5-year-old Sam desperately hope to stay together amidst the supernatural forces and government agencies trying to tear them apart. Incorporating horrors ranging from ghosts to serial killers, Marrowbone is a disorienting and terrifying tale with more twists and turns than the confusing layout of the titular estate.

We wanted to seek some clarity about the film from star Charlie Heaton, who opened up about its fable-like magic, the pitfalls of being Billy, and his own personal aversion for the gore and gristle of horror. Read our Q&A with him, below.

Honestly, I don’t know what was more terrifying, the movie or that Huck Finn overalls situation they had you in.

Oh, those overalls. Yeah, no, I lived in those for I guess three or four months. They were pretty cool. They were original 1960s overalls.

Good lord. Anyway, Marrowbone is obviously a huge tonal shift away from Stranger Things, but it's a project that's still incredibly dark and menacing, just in a different way. Why do you think you have a penchant for taking these darker roles?

There’s a lot going on in that darkness. [When you take a role like this], I think, you're acknowledging that you’re playing someone who is flawed. Or you get to work with something that has more tension and is more emotional, for sure.

I'd say that Marrowbone is different [than Stranger Things] in its own way. It is darker, yes—you're looking at a family who is dealing with loss and tragedy the complications of living with each other—but it's not necessarily like I say to my people, “I just want to play dark roles." I am looking for characters that are complicated—that have quite a lot of [baggage], emotionally. It’s kind of a challenge to yourself to try and play [these complicated characters]. That doesn't necessarily mean that I always want to play really dark roles though. I'd like to have them vary, but I think there is that draw to play that for sure.

So what was the big selling point for you in terms of working on this film?

When I first signed up for this movie, there wasn't a script. Prior to doing Marrowbone, I'd done three projects, which were all American. But what drew me to it was everything behind it. [Executive producer] J.A. Bayona was on board, who was known obviously for doing The Orphanage and The Impossible. And then meeting with Sergio was amazing. He wrote this movie, and I think directors who write their films have a special connection with their projects. He wanted to create [a particular vision that] was very different. It has a very European feel to it. In fact, Marrowbone definitely feels very special in that sense—it’s not like an American horror movie. It very much feels like a fable. It’s very light and very beautiful, but, also, it kind of borders on the very dark, very real kind of story.

What drew you to Billy then in particular?

When we all got together to shoot, we did a two-week rehearsal period where we all just improvised and played with these characters. And in between [co-stars Matthew Stagg], Anya [Taylor-Joy], George [MacKay], Mia [Goth], and me, we all created a family. We all knew our characters so well and [ended up caring] for each other so much when we were filming. And then we had to do these emotional scenes, and we all supported each other in them. We came together as this beautiful family, and it was an experience I look back on with a lot of fondness. I still see George, and I've been back to [the filming location in] Spain several times since. This movie is one that will stay with me for a long time, and it’s a really beautiful special thing when you have a project like that.

Are you a big horror buff? Was that part of the reason that you wanted to do a project like this?

Okay. So then what is your adrenaline rush of choice?

I'm pretty adventurous, I go out a lot. Yesterday, I went on this hike, and I ended up bouldering up this mountain just because I was lost and I was like, “Okay, gonna try this.” I was climbing with my hands and feet in little holes. If I had fallen, it would've been pretty bad. I'm pretty adventurous in that sense... I wouldn't say I do that much extreme sport—maybe one day.