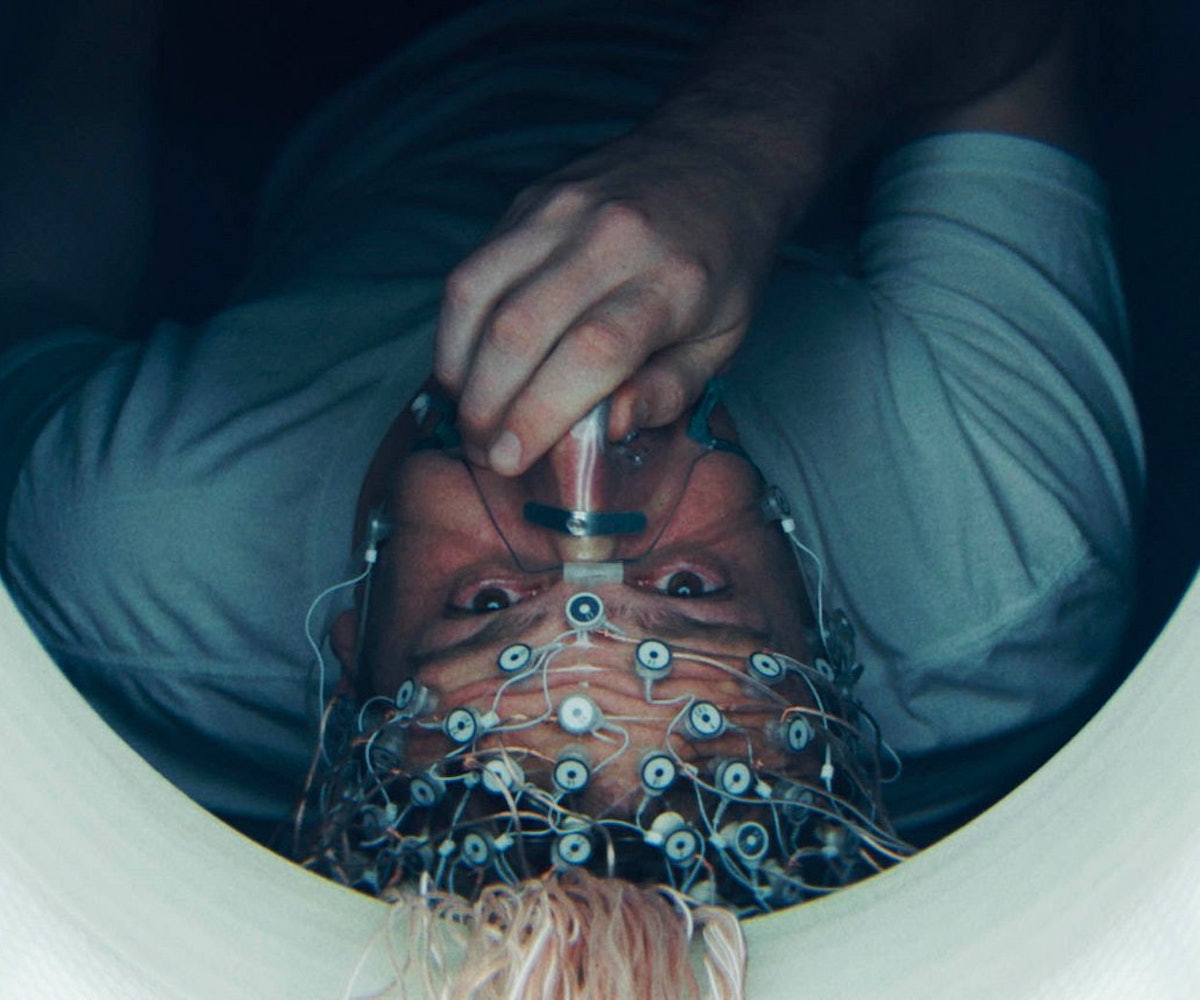 This weekend, audiences will finally get to see The Discovery, a moody, high-concept sci-fi romance about what happens to society when the existence of the afterlife is confirmed. The movie held its much-hyped premiere at the Sundance Film Festival, and features bona fide stars like Rooney Mara, Jason Segel, and Robert Redford—actors whose movies typically debut in movie theaters. But outside of the Sundance premiere and an eight-city promotional tour featuring Segel and the movie’s director, Charlie McDowell, The Discovery will likely not be seen on a movie screen again. Netflix, as part of its plan to monopolize the movie industry (now that it has effectively conquered TV), acquired The Discovery in the middle of its production, and last Friday released it on its platform, bypassing the theatrical run that a movie with this caliber of talent would usually be granted.

“I did imagine this to be a theatrical film,” said McDowell over the phone just hours after The Discovery was made instantly available to over 100 million subscribers in 190 countries. “I shot it in a way that I felt like it would be best served on a big screen.” McDowell, who sees himself as an old-school movie fan who cherishes the communal experience of watching a movie in theaters, was unsure what to think when Netflix proposed making The Discovery a so-called “Netflix Original,” a still hazy term that can be applied to everything from original TV shows that the company creates itself, like Orange Is the New Black or House of Cards, to foreign shows like Peaky Blinders and Southcliffe. (Essentially, a Netflix Original means the company paid barrels of money to make sure you can’t watch it anywhere but there.) McDowell says he wrestled with the decision for a while, weighing the pros and cons, and at one point called David Fincher—who helped launch Netflix’s original content boom with House of Cards—for advice. The conversation didn’t last long. “Fincher is a big fan of Netflix and what they're doing and had a really good experience with them,” McDowell said. “He talked me through it a lot and I got even more excited talking to him.”

McDowell’s first feature was 2014’s trippy romantic dramedy The One I Love, a small-budget effort that did well with critics, but was hardly seen by audiences in its limited theatrical run. Once it arrived on Netflix, however, The One I Love got the kind of audience that only a few years ago would have been unimaginable for a movie on that scale. McDowell decided then that it was the platform’s incredible reach that made accept Netflix’s offer a no-brainer, particularly for this film. “What became really exciting about Netflix is I knew I was making a movie that asked really big questions that aren't just specific to America or a specific country,” he said. It's got big, global ideas that people think about all the time, about the afterlife and where we go when we die. This film today reached out to 190 countries, and I’m getting tweets every minute from people watching it in languages I don’t even know or understand.” McDowell realized that what’s more important than how his movie is seen, is that it’s seen at all. “When you remove your ego, like, ‘I'm a filmmaker and my movie should be seen on a big screen,’ you realize why we actually make films. For me it’s to provoke conversation, and thought, and debate. That's why I'm making the movies that I’m making.”

While The Discovery isn’t the first direct-to-Netflix movie to feature A-list talent in front of and behind the camera, it does feel like the beginning of the company’s march into territory that until now has been occupied by a handful of movie studios. In 2015, the company released the grim war drama Beasts of No Nation, which was directed by True Detective’s Cary Fukunaga and starred Idris Elba as a ruthless African warlord. While the film was widely praised by critics and received a small theatrical release to qualify for awards, it did not have the cultural impact that Netflix would have wanted for such a milestone project. “I’m not sure that was the best move for their first big launch into features,” McDowell said. “It's such an intense, dark movie. I’m not sure that was the best place for it, but they’re a new company and they learn every day, and I think they're functioning at a really high level now.”

And they are. This year, Netflix will be releasing movies that feature some of the biggest movie stars on the planet, including War Machine, starring Brad Pitt, and Bright, starring Will Smith. On June 28, they’ll release Okja, a monster movie starring Tilda Swinton and Jake Gyllenhaal, and that was made by Korean auteur Bong Joon-ho, whose 2013 action thriller Snowpiercer was a surprise hit in theaters. And then last month, Netflix shocked the industry when the company purchased The Irishman, which marks Martin Scorsese and Robert De Niro’s long-awaited return to the mobster genre that made them both movie icons. McDowell says having such distinguished bedfellows boosts confidence in his decision, and that it’s best not to resist the direction the industry is heading, even if that means his movies won’t be seen on the biggest screens possible. Besides, as McDowell points out, home entertainment setups are the closest to recreating the theatrical experience as they’ve ever been. “Netflix knows how people watch stuff,” he said. “I can’t remember the exact specifics, but the majority of people watch Netflix on their TV, and the average size TVs now is like 40 inches or something, so they're recreating their little movie experience at home, because they have kids or whatever can't go out. And lot of people watch on their laptops, which if you put close to your face, it becomes like a big screen. We are changing as humans and as a society in terms of how we consume entertainment and art, and I don’t think that you can’t have a visually beautiful piece that you can’t consume on your TV screen or computer. You can.”

But even McDowell has his limits. “But watching it on an iPhone on like the subway or whatever, that kills me.”