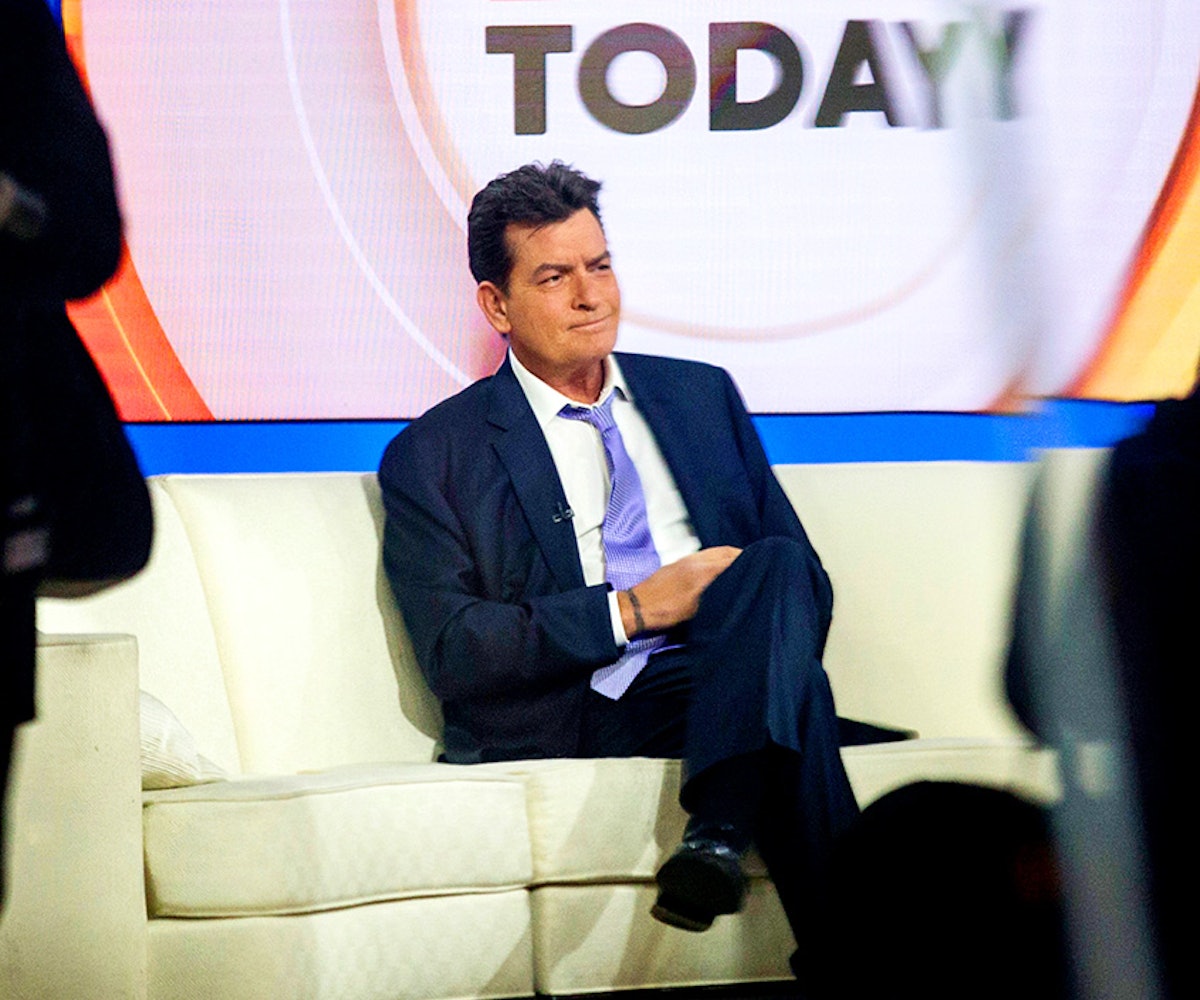 After days of rumors, Charlie Sheen appeared on the Today show this morning to tell the world that he is in fact HIV-positive. Speaking to Matt Lauer, Sheen admitted to having known about his diagnosis for four years, and said it initially led to “profound” drug abuse and “fathomless” drinking.

Sheen also said that contrary to tabloid reports, every single one of his sexual partners were told of his diagnosis. He goes into detail about members of his inner circle extorting him for money with threats to go public with his diagnosis, and says he is speaking out today not just to silence blackmailers, but to encourage others who may be living with the virus in silence. Watch the interview above.