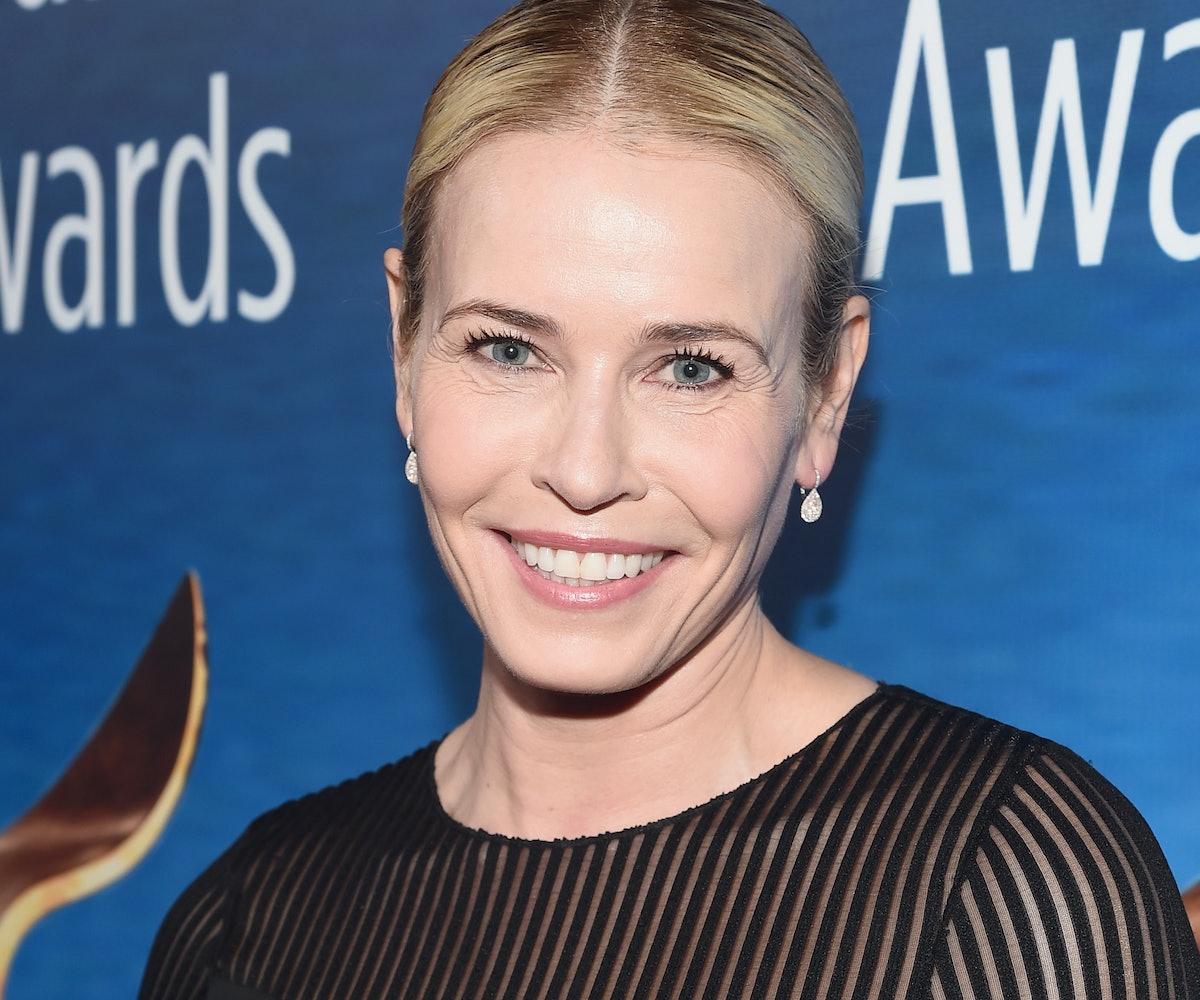 Chelsea Handler hadn’t begun planning the second season of her Netflix talk show, Chelsea, when Donald Trump was elected president. But after November 8, it became clear to both her and her staff that whatever the show would look like, avoiding the specter of Trump and his administration would be impossible and inauthentic. That’s because Handler has emerged as an outsized critic of the president, mocking and criticizing him constantly in interviews and on social media. So while the new season, which consists of hour-long episodes that drop every Friday, still has all the hallmarks of a Handler production—celebrity interviews mixed with the occasional dinner party and segments of Chelsea out in the world being Chelsea—expect her join fellow talk show hosts like Samantha Bee, Seth Meyers, and Stephen Colbert as a potent critic of the new administration. Handler, whose new season premiered today, recently spoke to us about how Trump affected her show, if his administration has met her expectations, and why she thinks he'll be impeached.

Does the Trump presidency hang over this new season like a dark cloud?

Yeah, that would be an accurate assessment. It certainly will be a large component.

Do you ever imagine what the season might have looked like if Hillary had won? It would have been a totally different show, no?

Yeah, probably. I haven't really thought about what the show would have looked like. I'd never really thought past the election. So now, obviously, I'm just dealing with reality.

What stages of planning the new season were you in when Trump won?

Well, we weren't done with the last season. We were still on the air for a few weeks after the last season. So we did our shows after that, and it wasn't like we had been planning season two. Obviously, it'll be a different situation now. I mean, he's so easy to make fun of and so ridiculous in so many ways, and there are all those idiots around him. It's just a huge landscape of comedy. So it helps a lot. I mean, I wish it weren't this way, but it makes my job a lot easier.

How do you reconcile the horror that you feel at this administration with the humor and entertainment factor of it?

I think his impeachment is inevitable. So that's something to hang your hat on, and I think that's only a matter of time. Although that will be time-consuming, it's not going to happen, you know, in less than a year. But I think it's around the corner, and as long as you know something's kind of going away, you can be hopeful. I was also hopeful that he wouldn't win, so I don't know how right I am, but you have to kind of make light of it while you can because otherwise, it's just depressing and scary. So there has to be some kind of levity that you can grasp or glean from it.

How is the new hour-long format going to affect the show?

It just gives me a longer time and more leisurely with each topic, rather than having to just run through an interview in six minutes. If I want to sit down with somebody like Van Jones for 15 minutes, I can do that now. And we've been filming for the last four months. We go to India, to England, to Paris. We've really got some great footage, did a lot of interviews that are out of the studio, a few dinner parties. So it just kind of gives you a more leisurely pace to do things at, rather than trying to stuff things in a 30-minute time frame.

Does Trump’s presidency inform your travels overseas as well?

That's one component of it. Everyone around the world is like, "What the hell is going on in your country? How the hell did that happen?" But it's good to also remind people that just because he's our president, doesn't mean every single American represents him or is representative of him or represented by him. So we covered that, but we also did really stupid stuff. I took a Bollywood dance class, I went to an Indian wedding, I played rugby with a professional rugby team in England. It's highlighting our cultural differences and our sameness.

You have a reputation for not giving a shit, but you very much care about what’s happening in this country. What don’t you give a shit about?

You’ve been very open about your love of alcohol. Do you ever like to drink before taping a show?

No. I mean, when we have dinner parties, we're drinking, but when we tape it's like one in the afternoon, so no. I'm not that kind of alcoholic.

Do you sort of resent how much mental space Trump takes up? He’s all anyone can think or talk about.

Yeah, I mean it's a nightmare. I'm watching CNN all the time. I have to stop, I have to go back and forth. I sometimes watch Fox News, I sometimes watch CNN, sometimes MSNBC, but I'm so sick of all these voices in my head, you know? I went to bed at like 6am the other night because I'd flown in from England and woke up in the morning, and it's like we had gone to war, we attacked Syria, Nunes had stepped down, Steve Bannon was no longer on the National Security Council. It's like, you look away for 10 minutes, and you don't know what's going to happen next. It's just the most dramatic, most chaotic presidency of all time.

Is it going exactly as you would have expected or is it even worse?

It's much worse than I think anyone had anticipated. I mean, he can't do anything. He's completely inept, and it really is much worse than I thought it would be. He just has no idea what's going on. He just found out the three branches of government. He didn't even understand that. But it's fun because I feel like I'm learning. I think a lot of us are learning along with him.

Is it a responsibility for people with a public platform to speak out against him? Most talk show hosts have done so, but Jimmy Fallon has noticeably remained mostly apolitical. Do you think he needs to do more?

I think you have to do whatever's authentic to you. If you really give a shit about what's going on, I think you can't help yourself. I don't think it's about ostracizing a certain part of your audience. I think you just have to think about what feels responsible to you. What do you want to do? If you're political, then you're going to care, and if you don't care about politics, then you're not. I wouldn't have any advice for Jimmy. He's got a totally different kind of show than me.