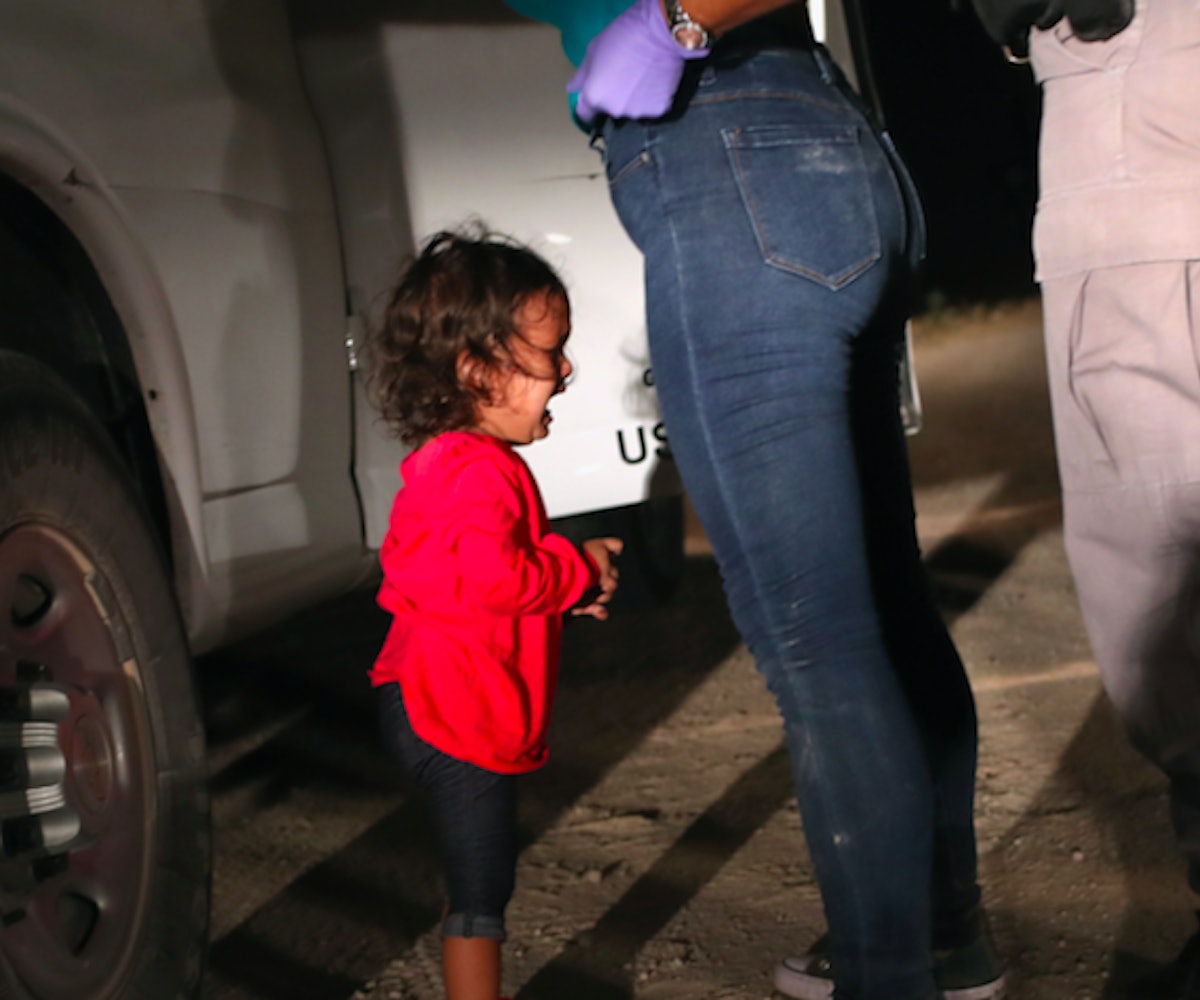 The crisis of immigrant children being separated from their parents at the U.S. border has increasingly become one of the nation’s most pressing and widely discussed political issues since the 2016 presidential election, as the Trump administration intensifies its patrol of the U.S. border and implements its inhumane “zero tolerance policy,” with thousands of families being broken up, with even breastfeeding babies yanked from their mothers' arms. This new approach to punishing immigrants seeks to criminally charge people who cross into the United States—even those seeking asylum from violence and poverty, and despite the fact that this offense is only a misdemeanor.

About 2,000 children have been taken from their parents over a six-week period, and that number continues to rise as migrants seek refuge and livable conditions in the U.S. Detained children are being housed in over 100 shelters, tent cities, and concrete cells across the country, despite many experts, including doctors and child psychology professionals, having condemned the policy. Dr. Colleen Kraft, president of the American Academy of Pediatrics, warned CNN that the separation of children from their parents is likely to have “serious short- and long-term health consequences” which may “disrupt brain development,” potentially resulting in “a whole generation of kids who are traumatized.”

Despite broad news coverage of the Migrant Child Crisis, national outrage, and vocal rejection of the policy from several members of Congress, who see the actions of the Trump administration as a gross violation of human rights, families are still being torn apart. Member of Congress or not, there are small things anyone can do to alleviate this type of familial destruction and raise awareness of the events taking place. There’s a better way to regulate immigration, and it’s up to us—the little people—to ensure that our voices are heard and that we advocate for those who are left without a platform. Here's how you can help.

Across the nation, people and organizations are demonstrating in protest of the Trump administration’s crackdown on immigration. Last week, Families Belong Together, a grassroots organization, told CNN that it held events in over 60 cities. Of these rallies, a handful were headed by people with no organizing experience whatsoever. The Boston Globe reports that Emily Ross, who led a 300-person event, had only ordered her megaphone off of Amazon the day before. Anyone can organize and bring people together, regardless of experience—especially when it’s for the protection of children.

Money, even a little bit, goes a long way. For instance, Chrissy Teigen and John Legend's fundraiser for the American Civil Liberties Union (ACLU) raised over $1,000,000—and that was accomplished by people simply donating whatever they could afford.

There are a number of organizations seeking financial support:

And, if you can’t choose one, you can always donate to ActBlue, which divides all donations equally among eight advocacy groups, such as Kids in Need of Defense, the Women’s Refugee Commission, and the ACLU.

If you’re not already registered to vote, you can (and should) register and/or confirm your registration at USA.gov. Midterm elections are coming up this November in most states, and the only way to ensure that the policies and actions of our government are in line with your principles is to vote responsible people into office—and irresponsible people out. Be sure to also check out Emily’s List for information about women running for office this election cycle.

Perhaps more than anywhere else, this is where your voice can have a direct line to those with the power and influence to enact legislative change. Call your representatives to voice your concern and opposition to the treatment of migrant children and their parents. You can find your representative’s contact information at YouLobby.org. Call, call some more, and call again.

Social media is a powerful tool, and it’s right at your fingertips. Stay in touch with the news, have updates sent to your phone, and share the information you absorb with the people around you. Expose yourself to circles talking about the relevant issues and use what you learn to contribute to the cause. Be cautious of those spreading misinformation and be sure to dismantle rumors when and where you see them.

You don't need to be a celebrity or an elected official to have an impact. There are tons of resources out there for regular people who simply want to help where they can. This is an important and pivotal time in our history, and there’s no reason we can’t all do our part.