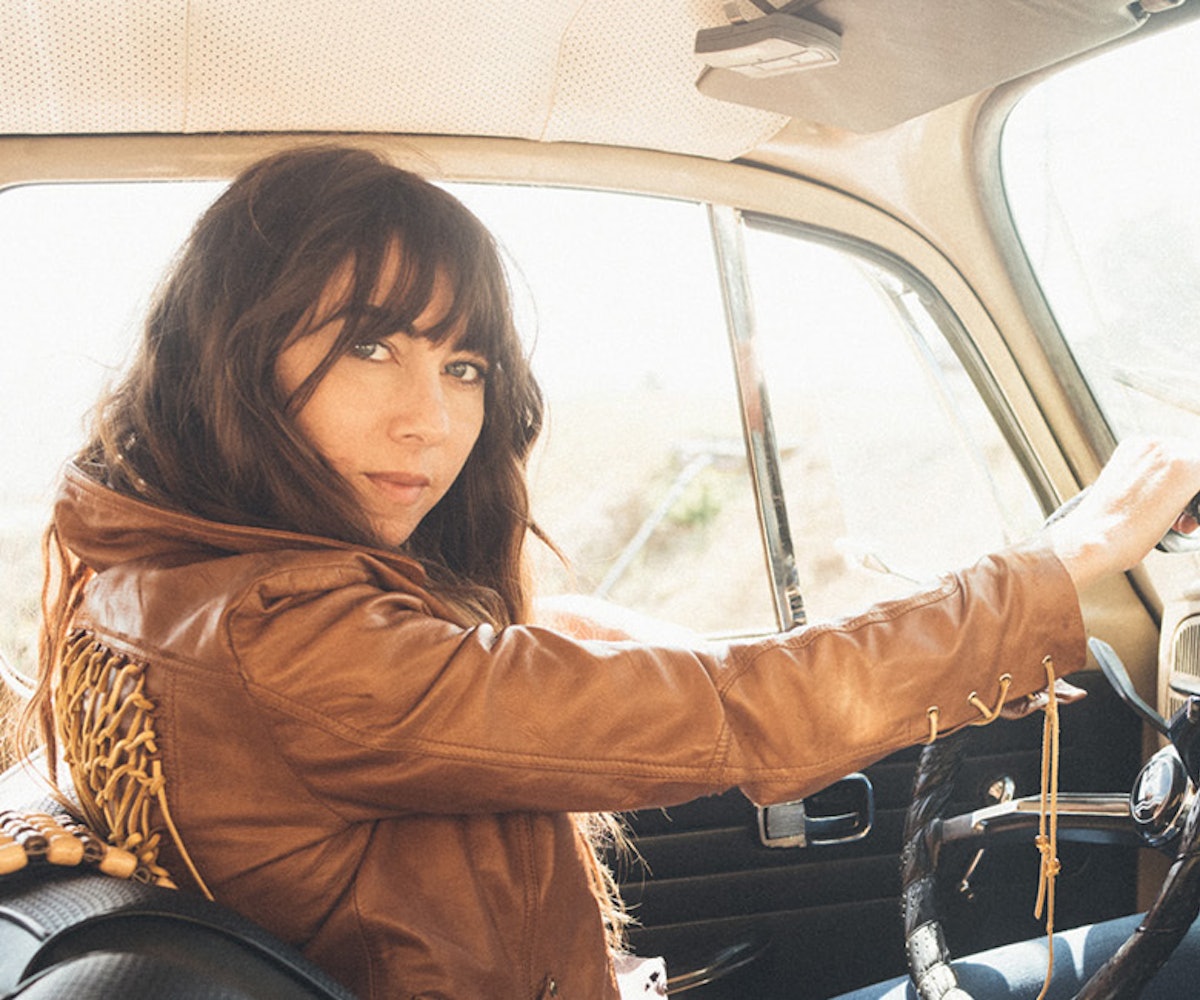 “She’s like my little time machine,” Chloe Chippendale says of her cream-colored 1967 Volkswagen Beetle. We’re driving through the Hollywood Hills and the car, dubbed Annie Hall, zooms around the curves in the narrow roads, its engine whirring loudly. It’s a fitting set of wheels for Chippendale, founder of the Stoned Immaculate vintage shop and clothing label, because it reflects her love of all things old-school and classic. She bought her beloved car three years ago through Craigslist to replace her previous three VWs (her last Beetle was a rusty number from 1972), and since then she’s done very little work on her.

“I put the original bumpers back on,” says Chippendale as we whiz past old Hollywood mansions, “and the original steering wheel and hubcaps. She’s only broken down on me twice. She’s been—knock on wood—very reliable and I drive her every day.”

For Chippendale, who originally aspired to become a mechanic and spent her youth working on VWs with her father, Annie Hall is the perfect combination of nostalgia and power. “The sound reminds me of when my dad was coming home,” she says. “But as a car, this one especially is really zippy. She has a new Porsche engine and I like to smoke people at stoplights. She gets me everywhere I need to go.”

What’s your favorite feature of this car?

I love my little rainbow stickers on the front and back windshield. They’re vintage. And I love just looking down at the speedometer. The one thing that’s a bummer is she doesn’t have air conditioning, so in L.A. in the summertime it can get pretty intense in traffic.

How does driving your car make you feel?

I feel really safe and protected in her. We’re bonded.

Have you felt that with your previous VWs?

Yes, definitely. My VW bus, Sunshine, was the last one I had and I loved her. I felt very connected with her, but she wasn’t as in tune. I had a lot of problems with her, whereas Annie feels much more trustworthy.

We head up North Beachwood Drive and swing a left onto Belden Drive, a swerving mountain road with plenty of blind spots and narrow turns.

What do you like to listen to while driving?

Well, right now the radio is broken, so nothing. But usually I like rock ‘n’ roll, so I listen to a lot of old rock. One song that always reminds me of my Beetle is “Long May You Run” by Neil Young. I used to live in Topanga Canyon and would ride the PCH all the time, and in the song he sings about being on the PCH. I always felt connected to my Beetle when that song was playing.

What’s your favorite place to go for a drive?

Mulholland Drive when there’s no traffic. When I first moved to L.A. I went for a drive on Mulholland and there was no one on the road, the sun was setting, and I had one of those moments where you feel like you’re right where you’re supposed to be. I think I cried.

The car revs down Canyon Lake Drive, past a swarm of tourists taking selfies in front of the Hollywood sign.

I drove her to Palm Springs, and to Vasquez Rocks. She’s definitely more of a daily driver, though. I don’t think she really likes long road trips.

Yeah, she looked great! But she gets tired after long drives.

We flip a U-turn on Lake Hollywood Drive, the Los Angeles skyline visible in the distance past the Hollywood Reservoir, and jet back toward the Hills.

Yeah. There was a time when I really wanted to be a mechanic. There was this Volkswagen mechanic in college that I wanted to study under. I ended up not doing it, but the dream was there. With my old Beetle, I used to change the oil myself and I put in a new gas tank. My dad and I worked together a lot on his Beetle and my Beetle, so it was good bonding time with him. And it felt good to be able to get my car back on the road.

How do men react to your love of old cars?

Men definitely get excited when they see you drive an old car, and that you drive a stick. For whatever reason, they feel like that’s tough, even though I think it’s pretty normal. Like, “Oh my God, she drives a stick. That’s so hot.” It definitely gets a reaction. If I hear something funky in the engine and stop at a gas station to open it up and check my oil, guys always come up and say, “Do you need help?” It’s like, “No, I’m just checking the engine, dude.”