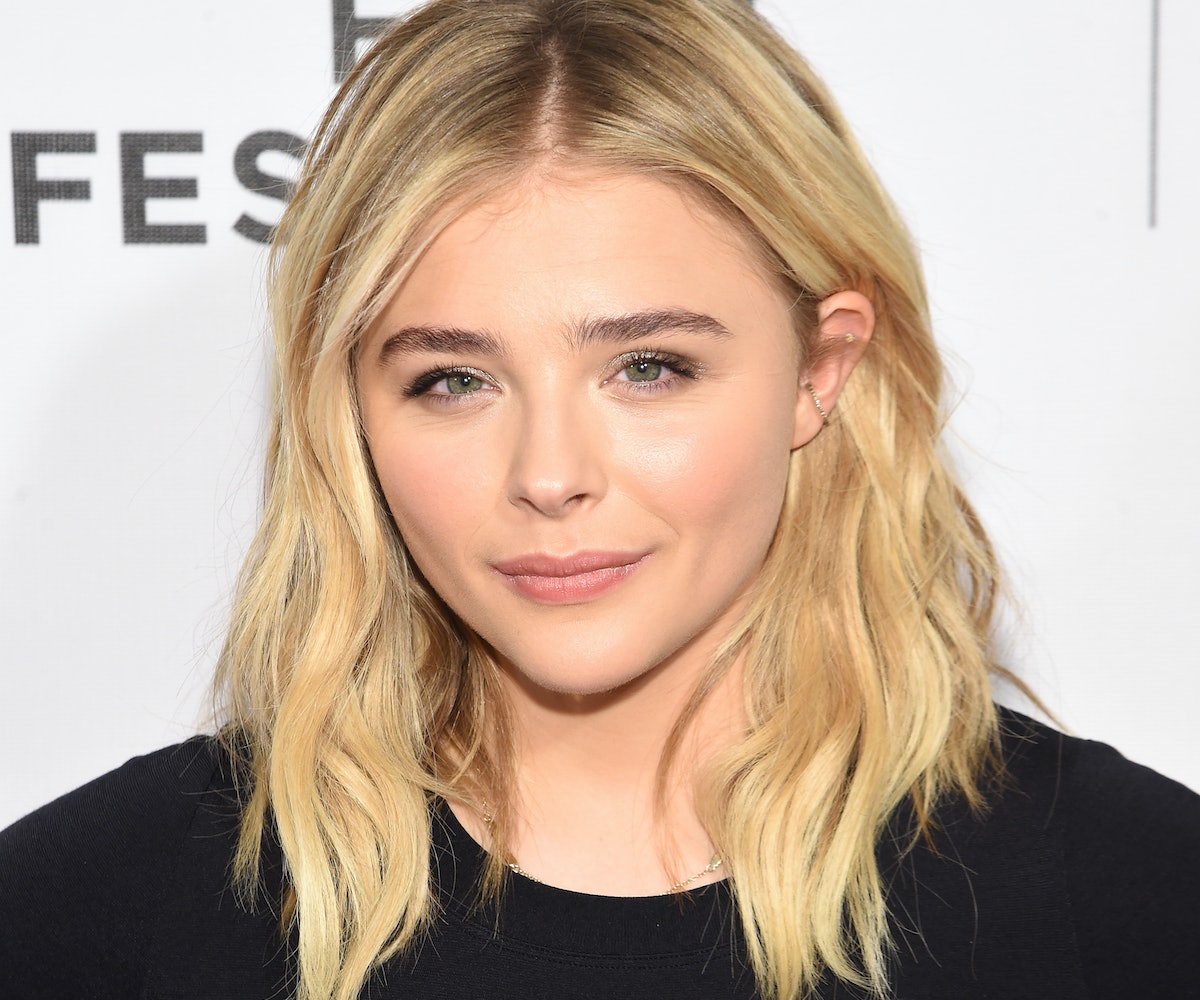 For almost two years, it’s been rumored that Chloë Grace Moretz and Brooklyn Beckham were “maybe” dating. While neither party would confirm—or deny—the rumor, the two finally made a public appearance together last week. Walking hand-in-hand down a London street (in matching camo, nonetheless) they pretty much confirmed they were official without having to say a word.

Back in 2014 on What Happens Live, when asked about Beckham, Moretz couldn’t utter more than, “I enjoy hanging out with him." We’re glad to see this still holds true. Beckham, who is the oldest son of David and Victoria, was previously linked to French beauty Sonia Ben Ammar.

As if their romantic midday stroll wasn’t enough to confirm, Beckham then took to his Instagram to post the adorably cute mirror selfie on his Instagram, seen below. With his arms wrapped around the actress in an artsy black-and-white shot, we’ll take it as a “yes,” they are definitely a thing.