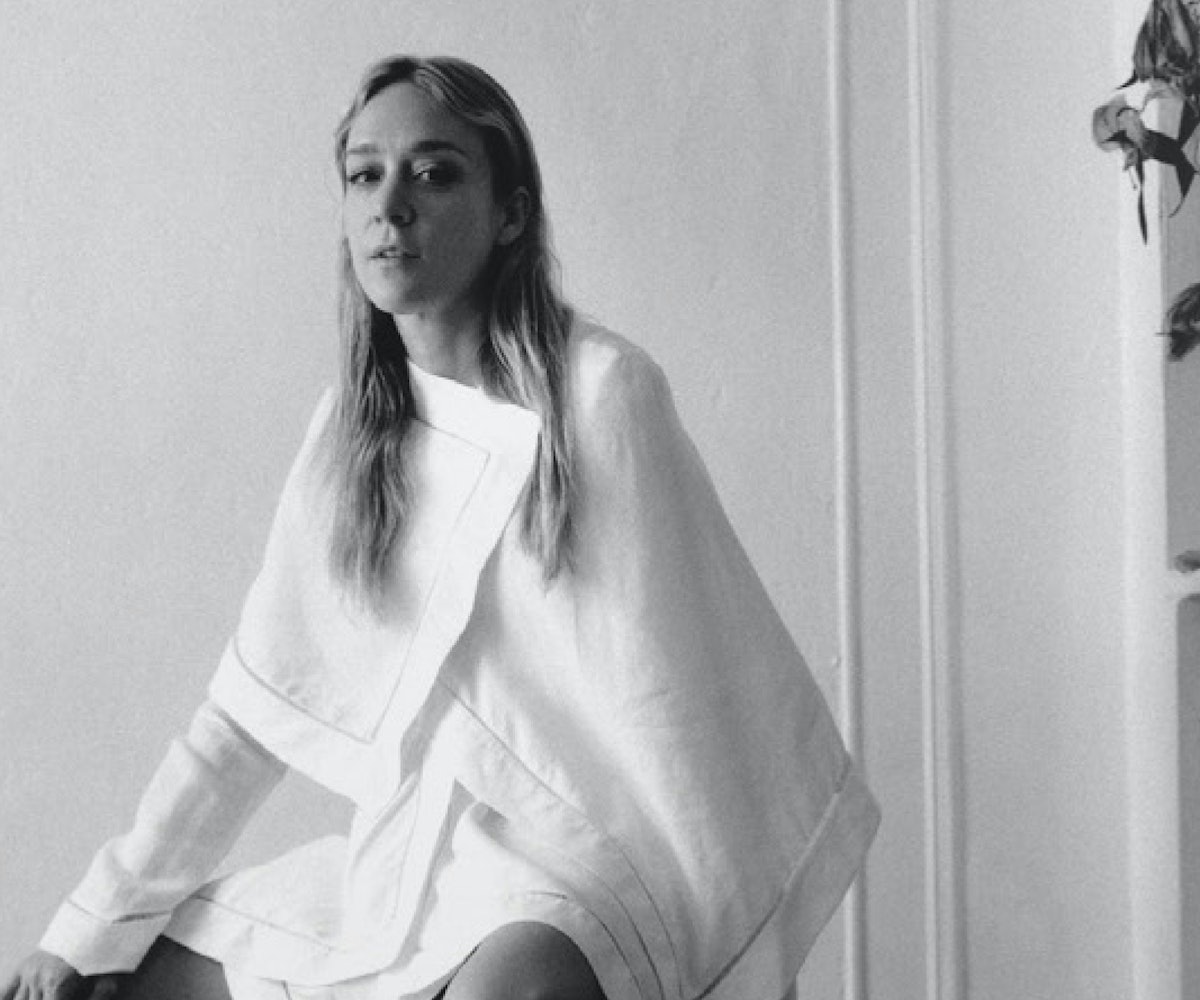 London Fashion Week favorite J.W. Anderson has just unveiled the latest campaign for his spring 2017 collection. The designer, known for his quirky yet sophisticated designs, tapped actress, cult fashion icon, and now director Chloë Sevigny to grace the photo series, a choice that is truly suiting.

The Jamie Hawksworth-shot campaign captures Sevigny in black-and-white, wearing two runways stunners from the latest collection. The shots are then followed by a series of brightly colored sweaters blowing in the wind.

Anderson designs drew inspiration from two very different sources this season: Henry VIII and girls dancing around a campfire in Ibiza. This eclectic vision is the perfect fit for the rather eccentric Sevigny, whose directorial debut involves a little girl turning into a cat. You could say that an Anderson and Sevigny collaboration is pretty much a match made in fashion heaven.

Click through the gallery below to take a closer look at the campaign photos. Surprisingly, there is not one kitten in sight.

NEXT UP
fashion
All Of The Sexy, Sparkly Outfits From The 2023 Grammys Afterparty
Fashion
Olivia Rodrigo Wore a Sheer Slip Dress To The 2023 Grammys
fashion
How ‘Spice World’'s Costume Designer Nailed The ‘Scooby-Doo on Acid’ Look
Fashion
The Wildest Front-Row Looks From Couture Week In Paris
Style + Culture, delivered straight to your inbox.