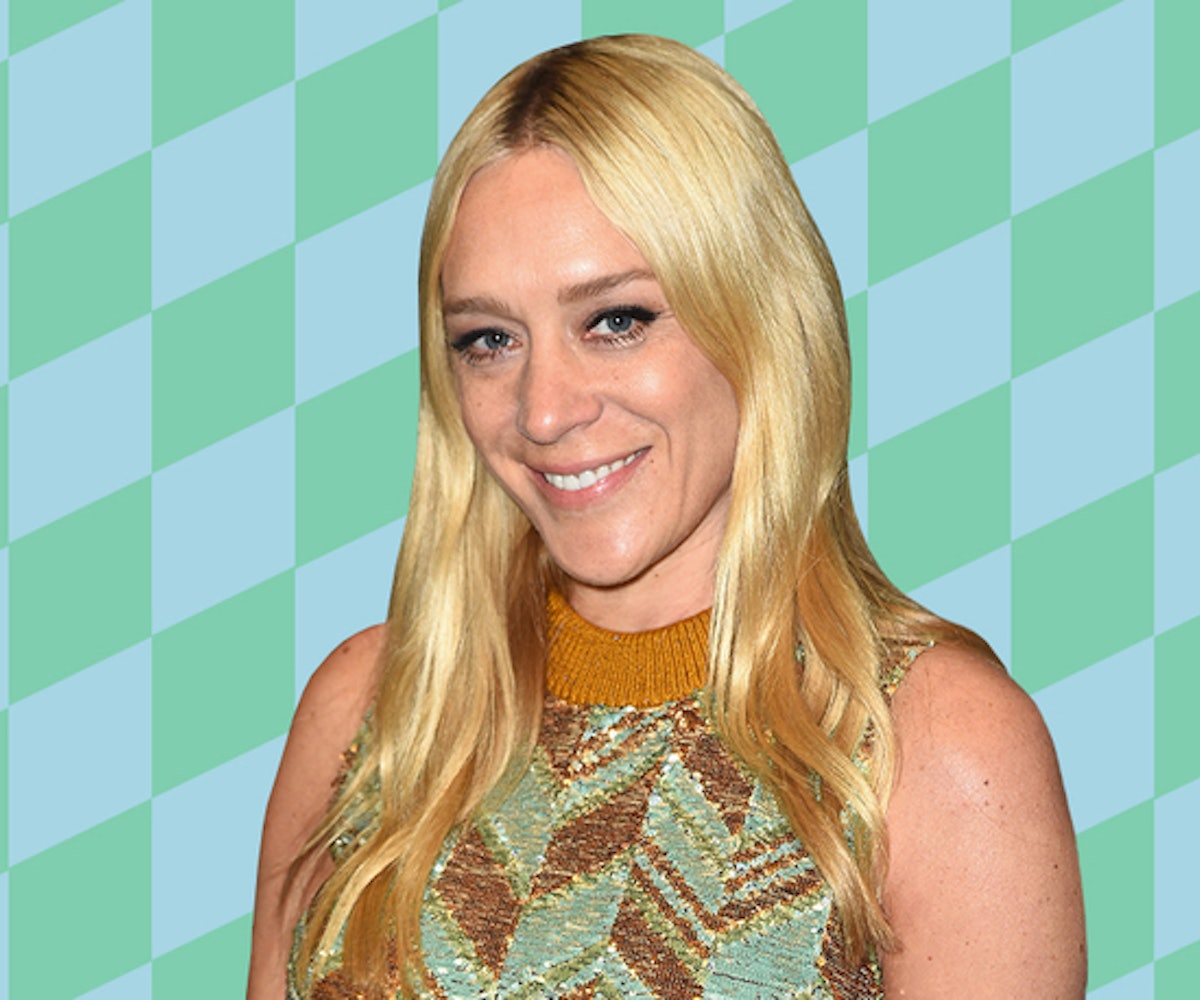 We could wax poetic about Chloë Sevigny and how she’s the epitome of cool both in our minds and in real life. But, we already did that, so here we are, instead, to talk about her short film and directorial debut, Kitty.

The project first premiered at Cannes in 2016 and is currently available on FilmStruck. It’s paired with Catherine Breillat’s 2001 Fat Girl, with both showing “snapshots of girls in flux.” For Kitty, based off of the Paul Bowles short story of the same name, a little girl (Edie Yvonne) wishes herself into a cat under Sevigny’s dreamy direction.

Most people have trepidation doing anything for the first time, even if it’s within a field they’ve been a part of for decades. But Sevigny tells us she was pretty confident. The art of directing comes down to style and mastering how to “manipulate actors in a kind way.” She adds: “I feel like having a clear idea of what you want from an actor, but also giving them the freedom to try stuff, is always a nice compromise… being a good person, first and foremost, is the most important thing on set with everybody.”

Ahead, we chat more with the eternal It Girl about including props from her own childhood in the film, working with live animals, and what’s next for her.

Can you talk to me about the inspiration for Kitty?

There was the fantasy element, the fairy tale element, in the story of a little girl and her relationship with her mother and her father. It just worked on so many levels for me. It was brief enough that I thought it would make a perfect short film, and concise enough and neat enough. Not that I think all shorts should have a beginning, a middle, and an end, but it just really spoke to me as this beautiful kind of whisper of a tale that I wanted to make into a film.

I’ve been obsessed with doing it for 20 years—it was just something I had to get out. I knew it was going to be my first one, by whatever means necessary. I kept going back to it over the years and eventually just sat down with it, like, "You know, I’m just going to do it. I’m just going to write it, and I’m just going to do it. This is the year." And for whatever reason, over the years, I just shied away from it or was afraid I wasn’t going to know how to talk to the actors, or how do you raise the money. Making a film, even a short film, is so complicated—now, especially, a short film is so hard to make money off. There are no monetary gains and, actually, with the [Paul] Bowles estate, they told us that we couldn’t make any profit off of it. That was one of the stipulations for using the story.

Has the estate seen the film?

They have. They really loved it—at least according to the one guy in Morocco who is in charge of it. He’s really hard to get in touch with.

I know you had plans to meet Paul in Morocco. Did you ever end up meeting him before he died?

No. I hear that he used to really embrace kids that would make pilgrimages to see him. [When I was in Marrakesh with] my boyfriend at the time, somehow we like changed our hotel room, so we lost the person who was meant to be our original guide, and it just got too hairy. We didn’t really know how to navigate around on our own—we were really young, like 19. There were some excursions that we were meant to go on that we ended up not taking. So, unfortunately, no, I never met him.

Kitty is only a 15-minute film, but I imagine a lot of work had to go into it. What was that process like?

The shoot was only three days. That’s what we had allotted for the budget and two applications of the prosthetics. Balancing the schedule was also tricky because Edie is a certain age, so we could only use her for a certain amount of hours per day. It was a real puzzle, as most movies are when you’re trying to come up with a one-liner with the shooting schedule. But we found these incredible locations, in Altadena and the Valley, in these houses that don’t look like they’re in California. We luckily found these houses that were already really dressed. Actually, the one neighbor’s house, Mrs. Tinsley, the owner of that house was a production designer, a British man, and he had already done Pretty Baby with Brooke Shields and a lot of incredible films, so his house was overstuffed with incredible trinkets and dressed really beautifully.

Then, I guess post-production took a little longer because we did some special effects, introducing magic. You know, the teddy bear that comes to life? That was my teddy bear, my first teddy bear, a Steiff teddy bear. It had one of those little yellow tags, and I made my dad take it out of the ear because I was afraid it hurt him. She’s drinking from this tea set that was my tea set, and my doll is sitting next to her. I just tried to infuse different things throughout the film that were mine or really personal and that would warm my mother’s heart.

This is your first time behind the camera, rather than in front. Is it more intimidating, doing the directing versus being the one that’s being directed?

I’m intimidated more by what kind of shorthand I have with the director and who the actors are I’m working with and how they treat you. So, it was a different kind of intimidation. But I actually felt pretty confident. We were really prepared, and I surrounded myself with people I knew and loved and who were really happy to be there. That’s really important, people that really wanted to do their best and were inspired by the story and the locations and Edie and whatever else. And I was making a little speech before we started, and some of the groups were like, "What the hell is this?" It was really fun. It was really liberating. Some moments were intimidating as far as time pressure and having to get the shot because it’s going to rain and things like that. There’s always that on any set, so you’re kind of used to that, but that idea of having to rush to get stuff is always just panic-inducing because I knew we didn’t have any money to spare.

How was it working with live animals? I imagine it’s not easy to get them to do what you want.

That’s what everybody was saying initially when I was meeting with producers trying to convince them to help me raise the money. A lot of them were like, "Oh, I don’t know, children, animals, all the things they say not to work with." But we found this incredible trainer, and she was really gung-ho and she seemed so confident. I just put my confidence in her, and I think everybody just kind of willed it to happen almost and they performed. It was kind of shocking to see. I’ve worked with dogs on set that were far more difficult and unruly. Dogs, you would think, would be easier to train, so I don’t know if we just got lucky or if these cats were just super-magical cats or the trainer was a whisperer. Maybe it’s a combination of all of them. Maybe they really liked the food that was their reward. I don’t know.

You also directed a short for Miu Miu, “Carmen,” which also kind of deals with the theme of loneliness and being overlooked. Was that purposeful?

I think probably, yeah. “Carmen,” for me, started off as wanting to do a portrait of an artist on the road because I have so many friends that travel for whatever business and are affected by that day’s work and being in a strange town and people not reaching out to you. Like, she’s at the bar, and these other people aren’t really talking to her, and I experienced that; tons of my friends have experienced that, and it’s just like, "Ugh." So I think the melancholy nature of them both was probably deliberate.

Given your fashion background, I think a lot of people would have expected the Miu Miu film to come first.

I’ve been approached by a lot of different companies to do things. I really wanted my first short or whatever thing I did to be more of a pure gesture without any brand attached or band attached, because I have a lot of bands asking me to do things—just to be able to do things that was my own vision and not have to compromise and not have to turn in cuts. Actually, Miu Miu was very generous, and they let me do whatever I wanted, but I did have to use the current collection.

And you shot both on 35mm film. Why that over digital?

I think I just grew up shooting on film with the films that I’ve done, and even American Horror Story, they were shooting on film when I was on it, and I just feel like it’s a little more forgiving. There’s just something about the quality and the texture of it I feel like you don’t get on digital. Also, in Portland, I wanted to shoot a lot of the neons and the red lights that kind of turn fuchsia, so it just made more sense to shoot on film. Really, the expenses lie in the transferring and then the confusion in the post-production houses because it’s kind of obsolete. There tends to be some confusion, I have found, which is unfortunate, but I think Kodak just opened a new lab here in New York, so that’s exciting. Maybe it’s on the up-and-up.

Is there a creative outlet that you’ve been wanting to explore that you haven’t yet?

More in film, I think. I’m actually trying to get the financing together for my third short now. It’s dialogue-heavy whereas the first two weren’t so much, kind of by accident, kind of just happened that way. So I feel like that’s something I really want to try and tackle. I just want to keep working. I feel like a short film, people like to watch them, and online now there’s such an opportunity. I just want to keep experimenting with that until I can find the right material to hopefully make into a feature. I still love acting and will continue to do it, but the aging process on the screen is not the most fun thing in the world so it’s nice to transition to something else.