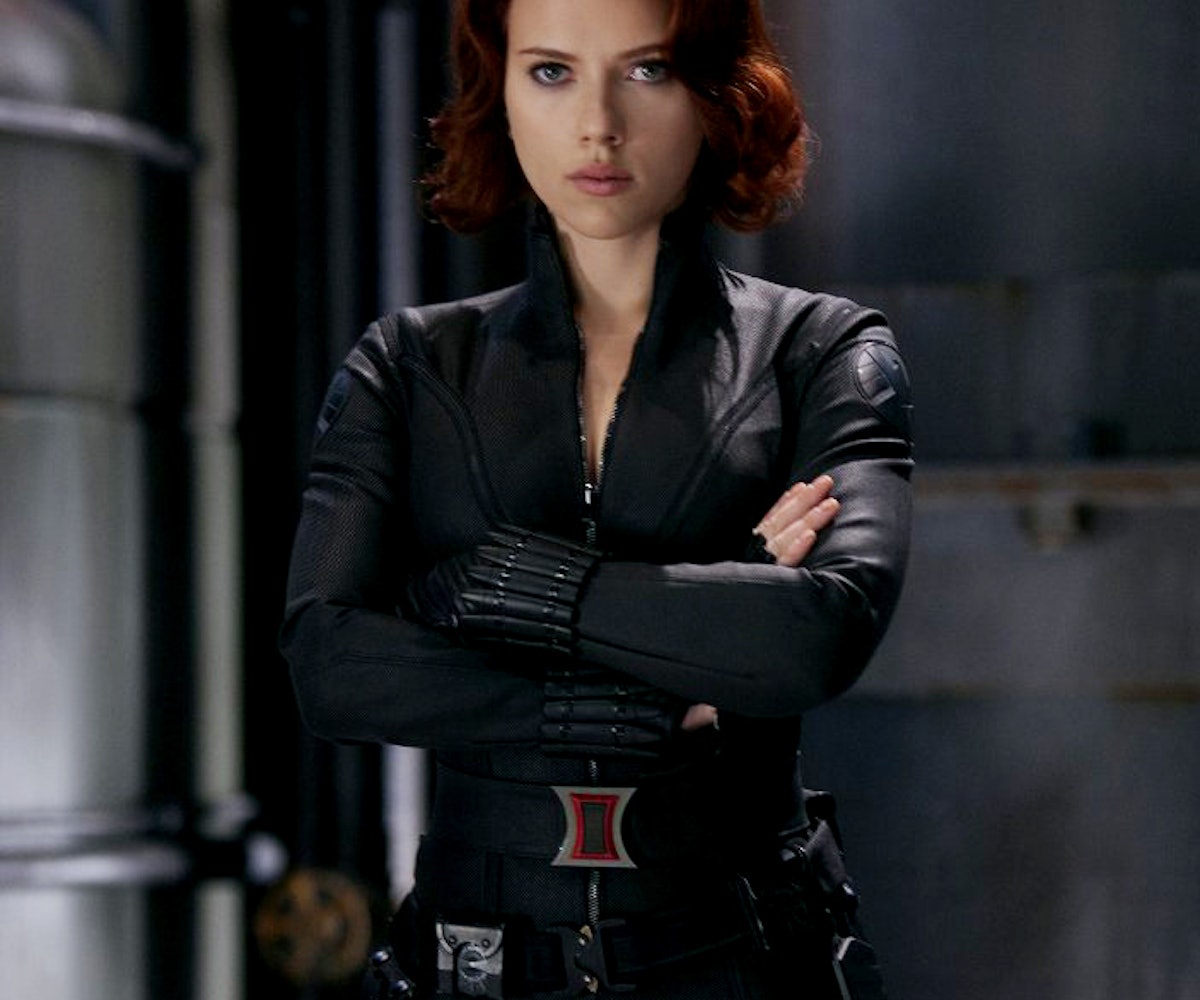 If you say something sexist, regardless of how well I know you or what our relationship is, I’m going to call you out on it. I have pretty much always been like this, and I’m not trying to change; it’s going well for me. I tell you this so that what I’m about to say has some context: When Chris Evans and Jeremy Renner called Black Widow—a fictional character—a slut and a whore during an interview, I mostly thought, “Ughhhh, shut up.” But I didn’t feel the urge to take to the streets in protest of the Avengers, and that is an urge I frequently feel a lot about a lot of different things.

Just to be clear: Chris Evans and Jeremy Renner are two white, straight, privileged cis-men, and the words “slut” and “whore” are not theirs to reclaim or even use sarcastically. What’s more, as two celebrities, they have a responsibility to not use offensive language, as they are part of the pop culture machine that dictates how women in our society are treated. There is no question that calling Black Widow a slut and a whore—in an interview on camera, no less—was an idiotic thing to do.

But if you watched the video, it was evident that they were being just that: Idiots. And also, jerks. More upsetting to me than the fact that they made a bad joke using offensive language was that they were being so disrespectful to the woman interviewing them by dismissing her question with some crude remarks. As a journalist, this is one of my nightmares: Interviewing a celebrity is stressful enough, but having them a) not take you seriously and b) mock your question? Black Widow can’t get offended by name calling because she’s not real. But that’s no way to speak to someone who is just trying to do her job, regardless of how jaded we’ve all become towards the media.

Yet, this incident is a classic case of the kind of non-event that spawns viral, alarmist clickbait. Do you think it was offensive? Do you think it was no big deal? Let’s all yell at each other via Twitter and Facebook until it becomes a trending topic and the offending parties are forced to deliver apologies. Which, of course, is exactly what happened. Chris Evans said in a statement to EW:

“Yesterday we were asked about the rumors that Black Widow wanted to be in a relationship with both Hawkeye and Captain America. We answered in a very juvenile and offensive way that rightfully angered some fans. I regret it and sincerely apologize.”

Great. Thank you. This is true. This is a massive press junket and these people are on blast 24/7—dumb things will be said. Of course, Jeremy Renner’s apology, also given in a statement to EW, was significantly less… believable: “I am sorry that this tasteless joke about a fictional character offended anyone. It was not meant to be serious in any way. Just poking fun during an exhausting and tedious press tour.”

Obviously, being tired and bored is not an excuse to be a total jerk when your job is to be, essentially, at these tiring and boring things. But in the end, it was clear these two are talking about Black Widow, and her penchant for (often hilariously) using her sex appeal to distract from being a bad-ass. Here's the thing: I’ve been called a slut and a whore without the sarcasm more times than I can count. It is worse than offensive, it is terrifying. Slut-shaming isn’t just sex-negative on an abstract emotional level, it’s used to justify rape. It’s important to call out slut-shaming where we see it. This, however, does not feel like slut shaming to me.

It’s great that we’re calling out d-bags for being d-bags. Let’s also not forget, though, that this is not as bad as it gets. This is definitely not the worst thing that was said about a woman today, it was just said by famous people. It’s one thing to get upset that your favorite actor called your favorite superhero a slut, especially when the larger problem is the way the franchise treats said superhero. But imagine how much progress we could make if those same people called out non-celebrities for using that same language to talk about actual women in real life.