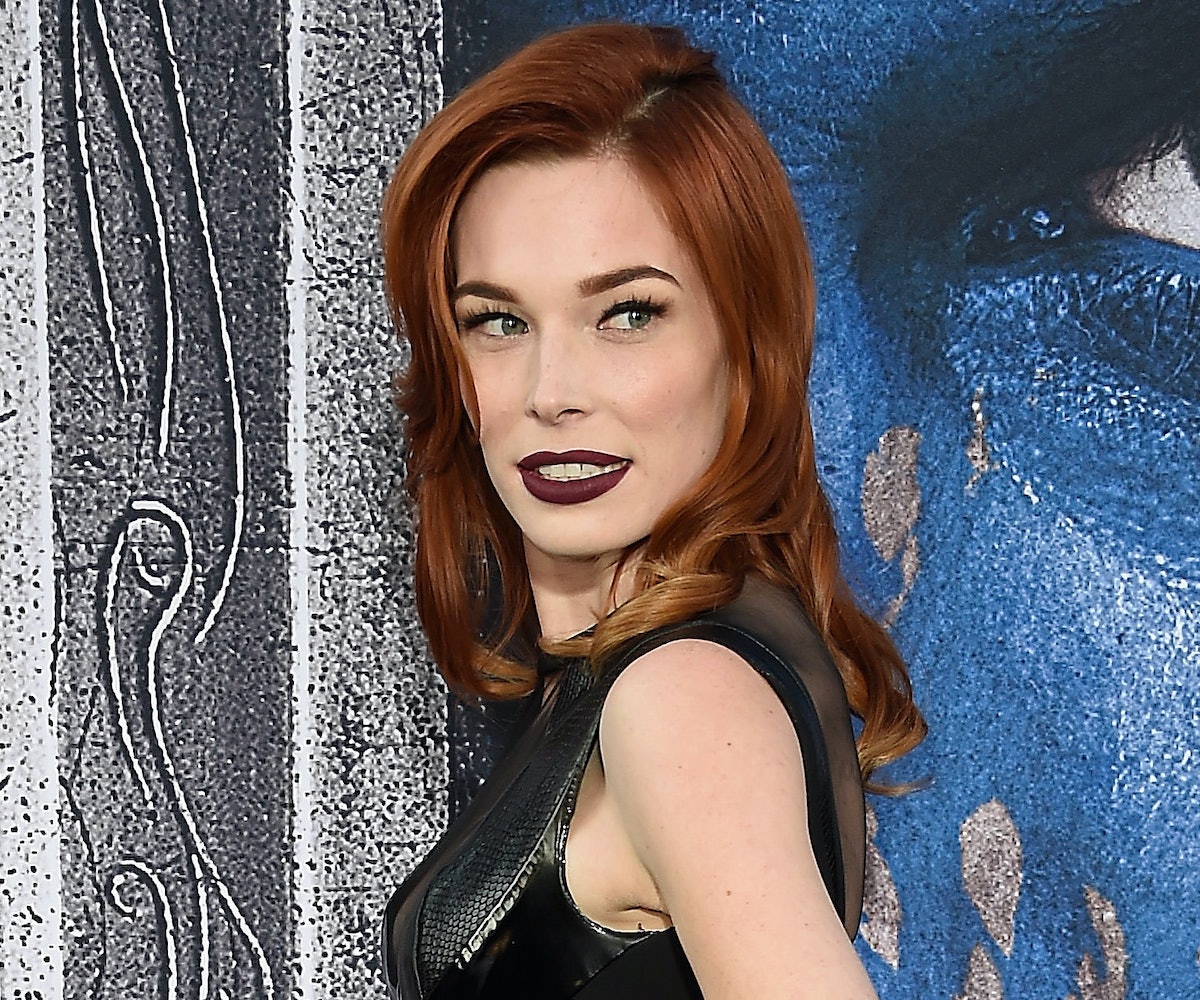 Nerdist's Chris Hardwick appears to be the subject of an essay detailing extensive emotional and sexual abuse endured by ex-girlfriend Chloe Dykstra.

Dykstra, an actor and television personality, published the unlisted essay yesterday in an effort to achieve some level of closure and talk about the trappings of emotional abuse. In the wake of the essay's publication, Dykstra's allegations of "long-term abuse" have gone viral. Dykstra, who formerly co-hosted Nerdist's "Just Cos" YouTube series, also alleged that her ex had a hand in successfully blacklisting her with the help of a former friend.

And while Dykstra does not name the ex in question within her essay, due to the details she references—including the fact that he is almost 20 years older than Dykstra, “a mildly successful podcaster to a powerhouse CEO of his own company,” and forced her to "take an on-camera job at his company I didn’t want"—it's widely believed that she is referring to Hardwick. According to Dykstra, the two began dating in her early 20s after meeting at a convention. However, it didn't take long though for him to display "controlling behavior," including isolating her from her friends, forcing her to remain in their hotel during Comic-Con, and not allowing her to drink.

Dykstra also wrote that he pressured her into sex, which she said she went "along with it out of fear of losing him.”

"One night he initiated, and I said, 'I’m so sorry, can we not tonight? I’m feeling really sick,'" due to the fact that she was struggling with anorexia. "He responded, 'I just want to remind you, the reason my last relationship didn’t work out was because of the lack of sex.' It was a veiled threat. I succumbed."

Later in her essay, Dykstra also provides some important insight into the effect his emotional manipulation and abuse had on her. "I believed that, to borrow an analogy from a friend, if I kept digging I would find water. And sometimes I did. Just enough to sustain me," she wrote. "And when you’re dying of thirst, that water is the best water you’ll ever drink. When you’re alienated from your friends, there’s no one to tell you that there’s a drinking fountain 20 feet away. And when your self-worth reaches such depths after years of being treated like you’re worthless, you might find you think you deserve that sort of treatment, and no one else will love you."

That said, “after three years of being snapped/yelled at constantly, very rarely being shown any affection," Dykstra eventually left him.

Hardwick has yet to comment. However, Dykstra has taken to her Twitter in the wake of her essay going viral to express her gratitude for everyone's "support and kind words."