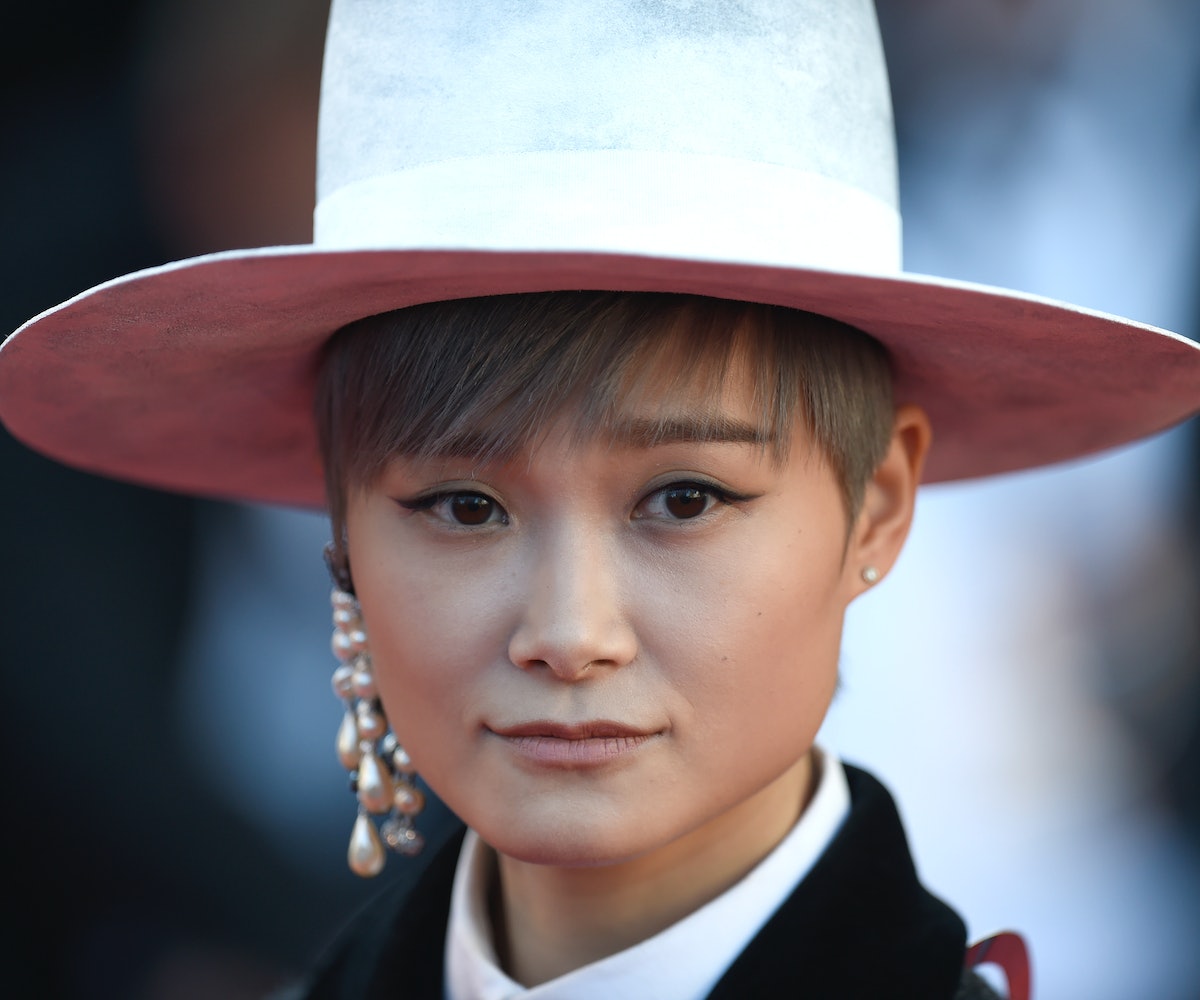 Who, actually, is she? Lee’s a Chinese pop star who also happens to be a muse to former Givenchy designer Riccardo Tisci. The outfit at hand is a deconstructed Maison Margiela suit jacket that she styled with shorts, a pink Pharrell-meets-Joanne hat, a single statement earring, and patent leather over-the-knee boots.

Boring she is not, and she showed off even more of her refreshing style at the opening gala dinner. There, she wore a pinstripe number that included dramatically ruffled sleeves and flared cropped pants.

Lee’s made a sartorial name for herself by way of her gender-fluid outfits and affinity for more couture-like pieces. Music-wise, her claim to fame came after appearing on the competition singing show Super Girl. She’s released a number albums since and has appeared in a handful of films.

Who is she? Someone we’d like to see a lot more of.