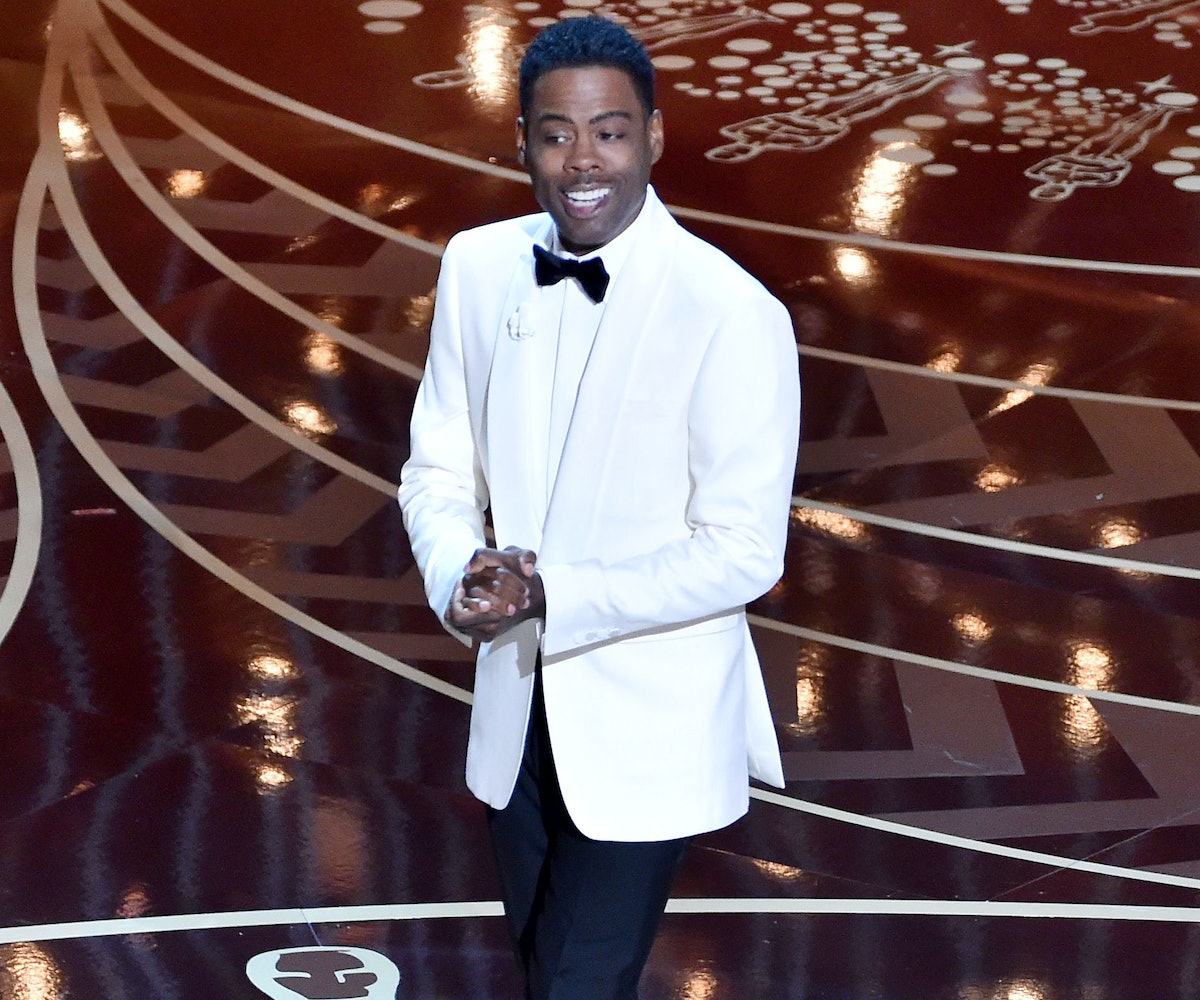 As the host of the 88th Academy Awards, Chris Rock didn't try to beat around addressing the controversy surrounding the Oscars. As soon as the comedian stepped on stage to deliver his monologue, he was ready to get right into it. He immediately called out how many black people he could count from the opening monitor reel, and then proceeded to dive into the bigger issues regarding Hollywood's diversity problem. Rock had plenty of jokes to crack, especially for those of his peers boycotting the Oscars.

When the camera panned out to the audience, most actors seemed uncomfortable, but nervously reacted the best way they knew how—by politely laughing and clapping. (It's the only way to get through uncomfortable moments on camera, after all.) As Rock's presentation went on, there was mostly silence, but the Internet was buzzing. Here are the top 10 things that we thought he said:

We're sure that more awakwardness will continue as the night goes on... Like the moment Stacey Dash came out.