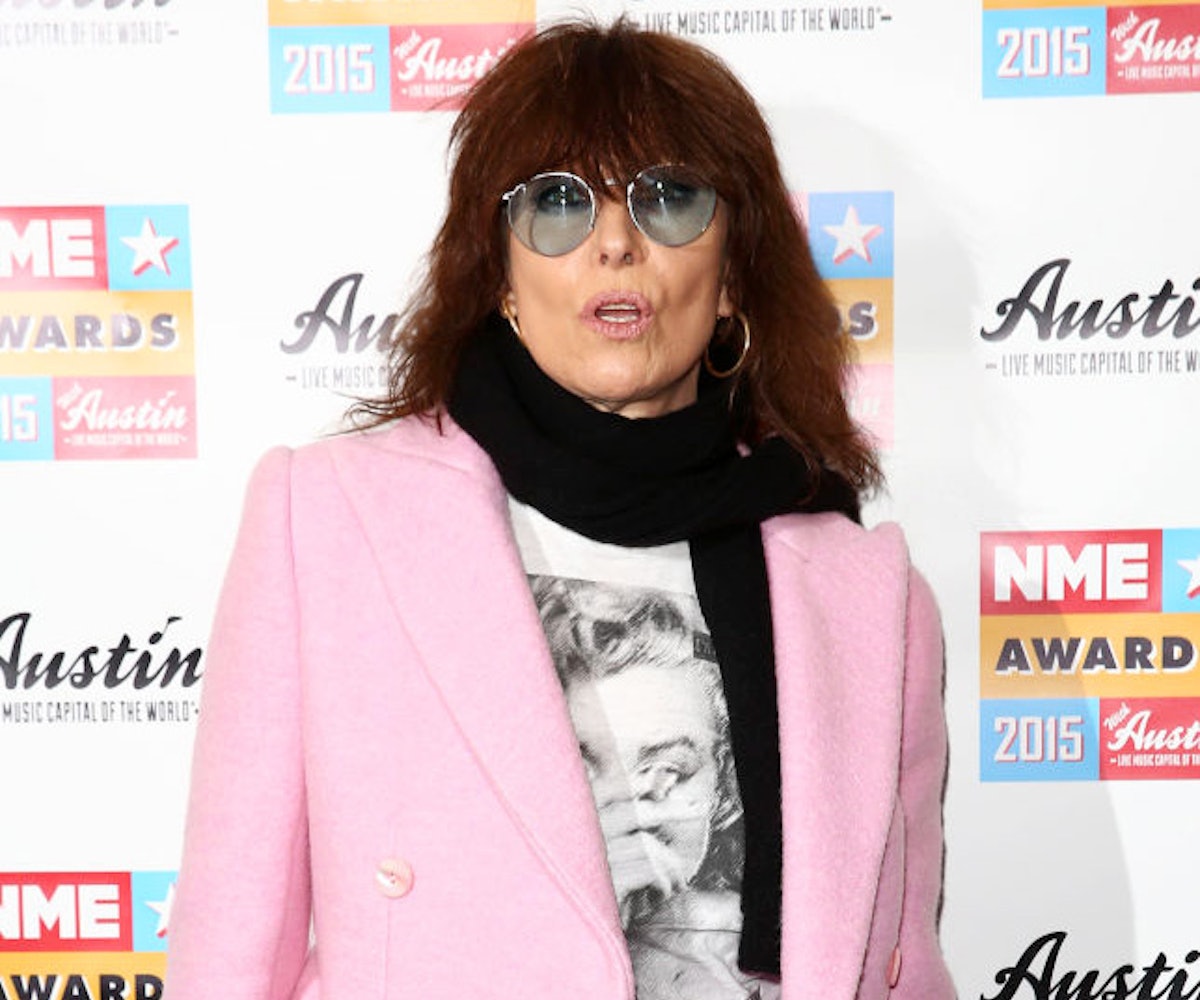 In a revealing (and often disturbing) interview with the Sunday Times, Chrissie Hynde of The Pretenders recalled the terrible abuse she suffered as a young woman at the hands of a biker gang member. But it's Hynde's insinuation that she was to blame for what happened to her that's being condemned by critics.

"Technically speaking, however you want to look at it, this was all my doing and I take full responsibility," she told the Times. "You can’t f*** about with people, especially people who wear ‘I Heart Rape’ and ‘On Your Knees’ badges ... those motorcycle gangs, that’s what they do. You can’t paint yourself into a corner and then say whose brush is this? You have to take responsibility. I mean, I was nave."

Instead of backtracking from her incendiary comments, Hynde went even further when she implied that in certain circumstances, rape can be a woman's fault.

“If I’m walking around in my underwear and I’m drunk? Who else’s fault can it be?... If I’m walking around and I’m very modestly dressed and I’m keeping to myself and someone attacks me, then I’d say that’s his fault. But if I’m being very lairy and putting it about and being provocative, then you are enticing someone who’s already unhinged—don’t do that. Come on! That’s just common sense. You know, if you don’t want to entice a rapist, don’t wear high heels so you can’t run from him. “If you’re wearing something that says ‘Come and f*** me’, you’d better be good on your feet ... I don’t think I’m saying anything controversial am I?”

The backlash to Hynde's comments has been fierce. Lucy Hastings, the head of the UK charity Victim Support, issued the following statement: "Victims of sexual violence should never feel or be made to feel that they were responsible for the appalling crime they suffered—regardless of circumstances or factors which may have made them particularly vulnerable... They should not blame themselves or be blamed for failing to prevent an attack—often they will have been targeted by predatory offenders who are responsible for their actions."

Hynde's comments are deeply irresponsible and just flat out wrong. Most instances of rape come at the hands of an acquaintance, and not by a stranger in a dark alley, as the singer implied when she said that women need to good on their feet to be able to escape their attacker. Her words may also prevent some women from speaking out against their attacker, for fear that they'll be blamed, something Hastings also acknowledged.

“It is critical that nothing deters victims of sexual violence from coming forward to the police or to independent organisations so they can get the help and support they need,” she said.

Sorry Chrissie, but you should know better.