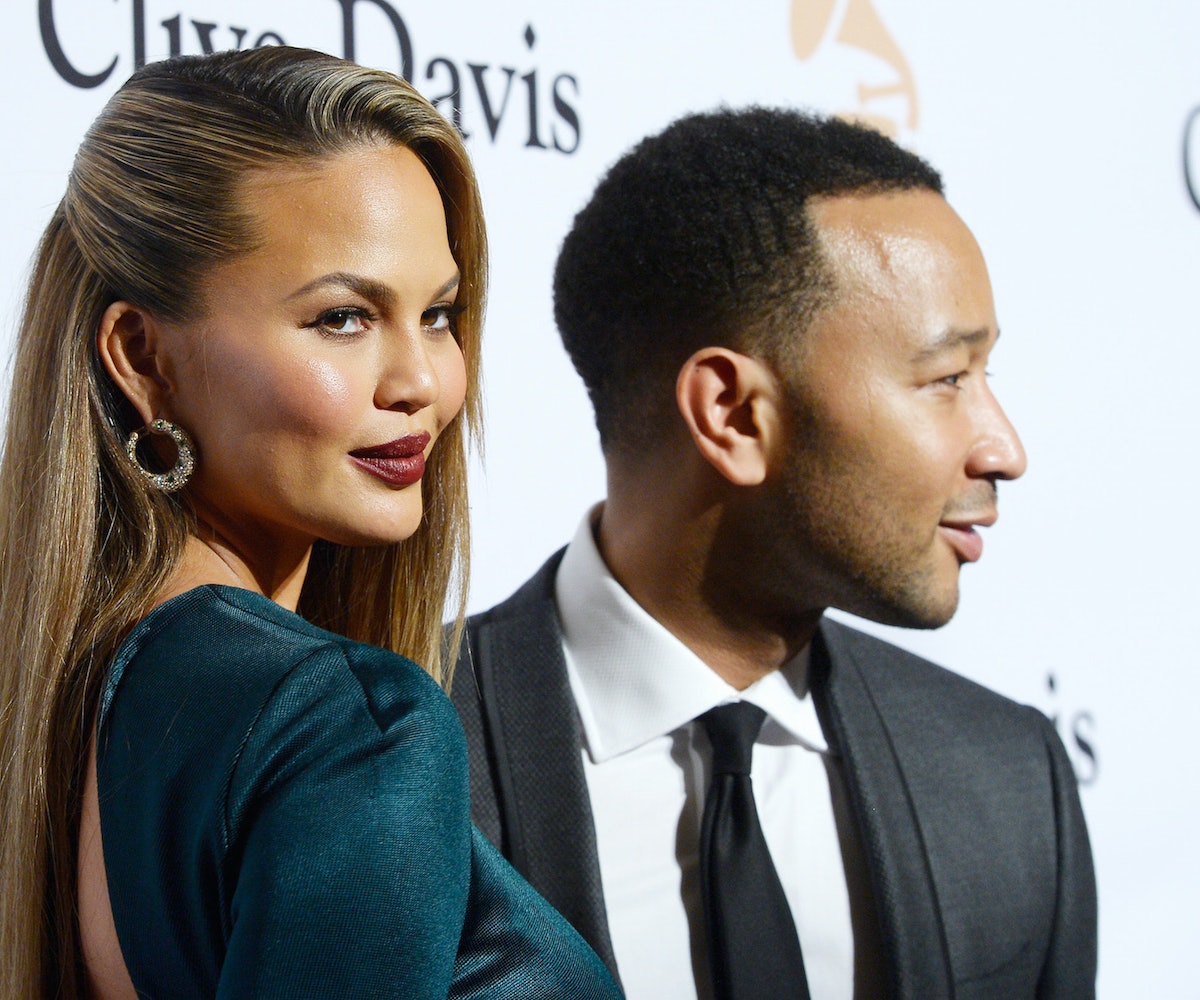 Less than a week after giving birth to her first child, a daughter named Luna, Chrissy Teigen has shared a precious image of the two with her millions of fans via Instagram. According to her and her husband, John Legend, Luna Simone Stephens arrived on Thursday, though they only shared that news with the world Sunday.

There’s no word on where (or when) the photo posted on Teigen’s Instagram account was taken, but, gosh, just look at it! That is one beautiful shot of a mother and her brand-new daughter.

Sigh. Seems Luna already has a wonderful new nickname—“Lulu”—and that both she and her mom are doing well and enjoying some sun. They’re accompanied by what looks like the couple’s almost equally famous dog, Puddy. It’s really a shot of bliss.

Teigen has been remarkably, wonderfully, and sometimes very, very humorously open about her pregnancy. More than that, she’s taken it as an opportunity to combat a slew of body issues and truly take control of her image.

Here, we’re seeing her in her first days as a mother and, just as she was in her pregnancy, Teigen is taking the wheel here. No tabloids. No paparazzi. Just her, an iPhone (possibly held by Legend), and her baby. As she was before, Mama Teigen is in charge. Love to all three of them (and Puddy).