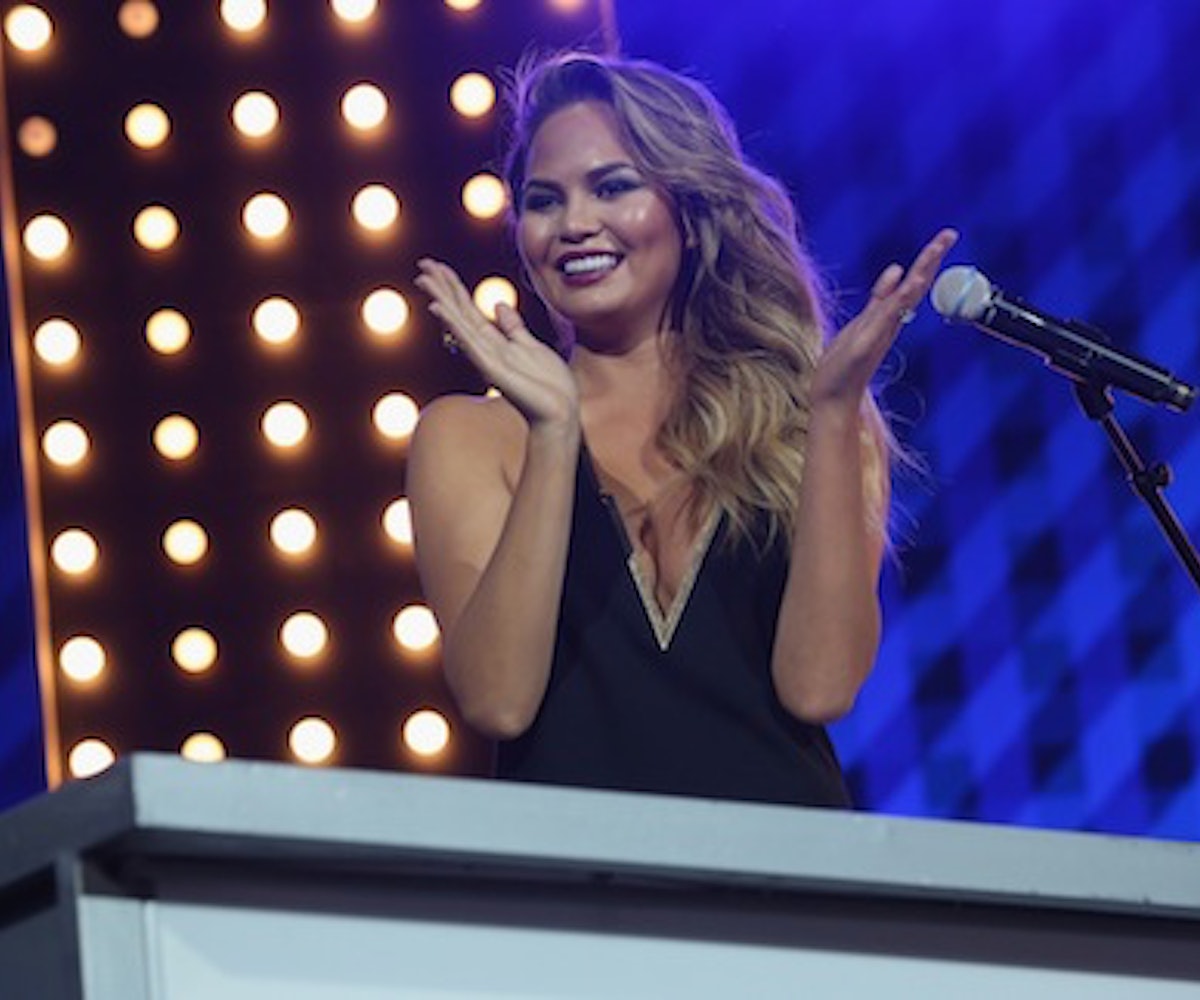 Chrissy Teigen is many things: A model, John Legend's wife, and a badass who constantly fights to free the nipple. It's no surprise, then, that Teigen decided to appear nude in a shoot she did with Women's Health U.K. What is surprising, however, is that Chrissy Teigen—the seemingly flawless human being she is—has qualms with her body, just like anyone else.

There you have it: Even model and generally beautiful human being Chrissy Teigen isn't 100 percent in love with her body. So the next time you find yourself having a bad body-image day, know you're not alone. But remember, despite not being totally happy with her body, Teigen was still brave enough to bare it all for Women's Health U.K., because she recognizes that her body is her body and that it is beautiful regardless of what her perceived physical imperfections may be. Let Teigen inspire you, and don't be afraid to flaunt what you have either—it's equally beautiful.