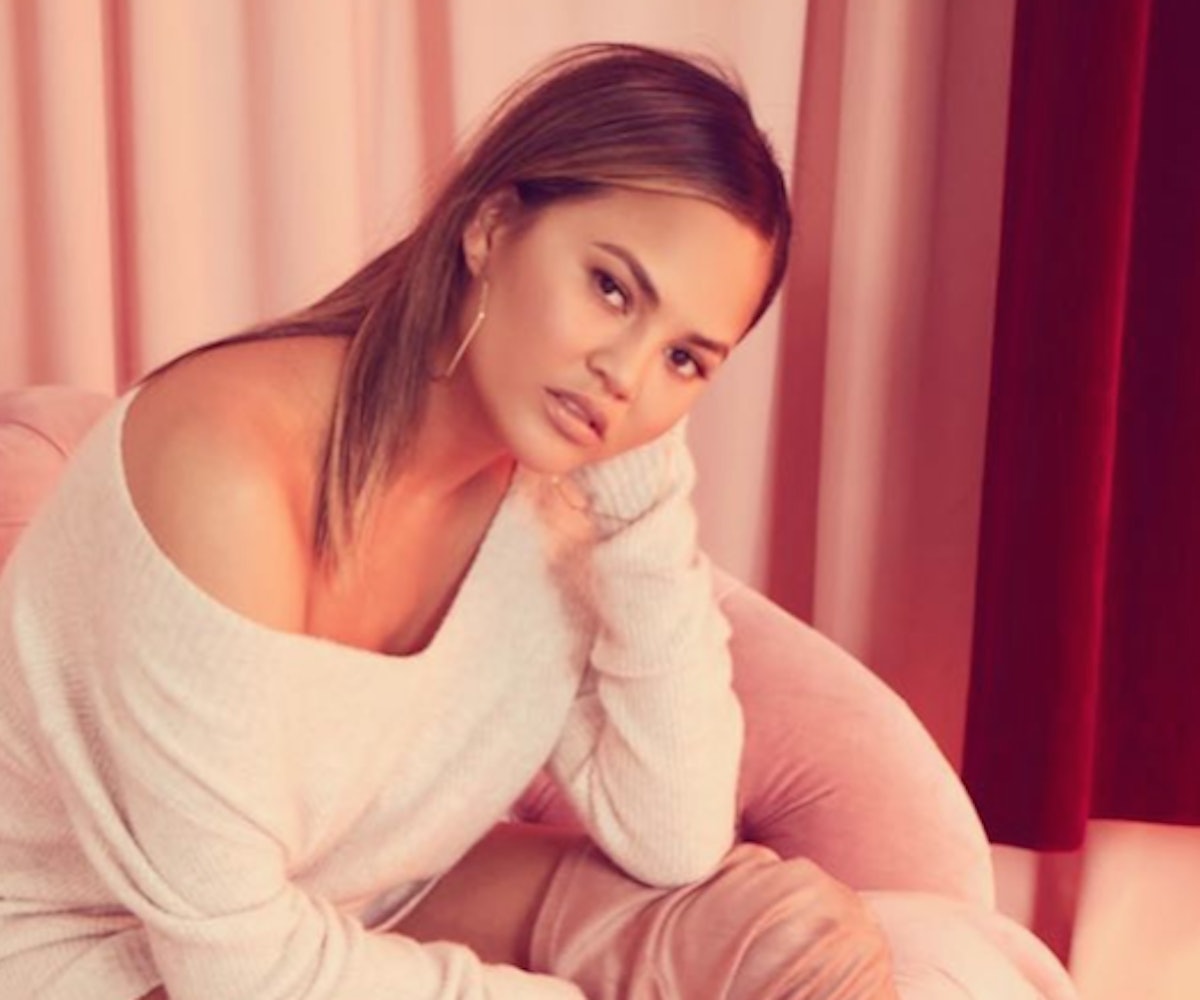 In the wake of actress Rose McGowan being kicked off Twitter for speaking out against Hollywood producer Harvey Weinstein and the scores of people complicit in his abuse of women, Chrissy Teigen is showing her solidarity by boycotting the platform. And, she's calling on other women to do the same. On October 12, Teigen set up the hashtag #WomenBoycottTwitter and asked women to stay completely off the platform the following day—"No secret timeline checking, no tweets, no clicking the bluebird square"—to show Twitter that women's voices matter. Teigen also went on to explain how silencing McGowan while allowing President Trump to tweet real threats freely and directly is betraying a bias that further shuns and silences women while promoting their abusers. And that's the whole problem in a nutshell: men in power like Trump and Weinstein who openly abuse women—and feel entitled to do so by virtue of being a man in power—and then make women feel complicit in their abuse and reduce the likelihood that they'll speak out.

While Teigen's boycott meant well, the model faced backlash fairly quickly. On the one hand, Teigen felt her point was well illustrated when not minutes after posting her boycott, she received numerous demeaning comments from men:

But really, this shows how all too-eager men are to silence women and reduce them to objects or property. This feeling was echoed by many other women, who pointed out that these awful comments are exactly why we can't be silent. As one Tweeter put it, "I don't think silence in the face of *being* silenced makes sense. To each their own, of course, but I won't." Similarly, several women of color pointed out that they already don't have a voice, so choosing to be silent is a privilege they don't have. Teigan herself is biracial, though given her fame and popularity she has much more of an ability to have a voice than many other women do. So, while Teigen's heart was clearly in the right place, it makes more sense to use her voice and her huge audience to raise the voices of women who are silenced, and to keep doing so over and over and over again. It's the only way we'll ever keep taking steps forward, as small as each step feels.