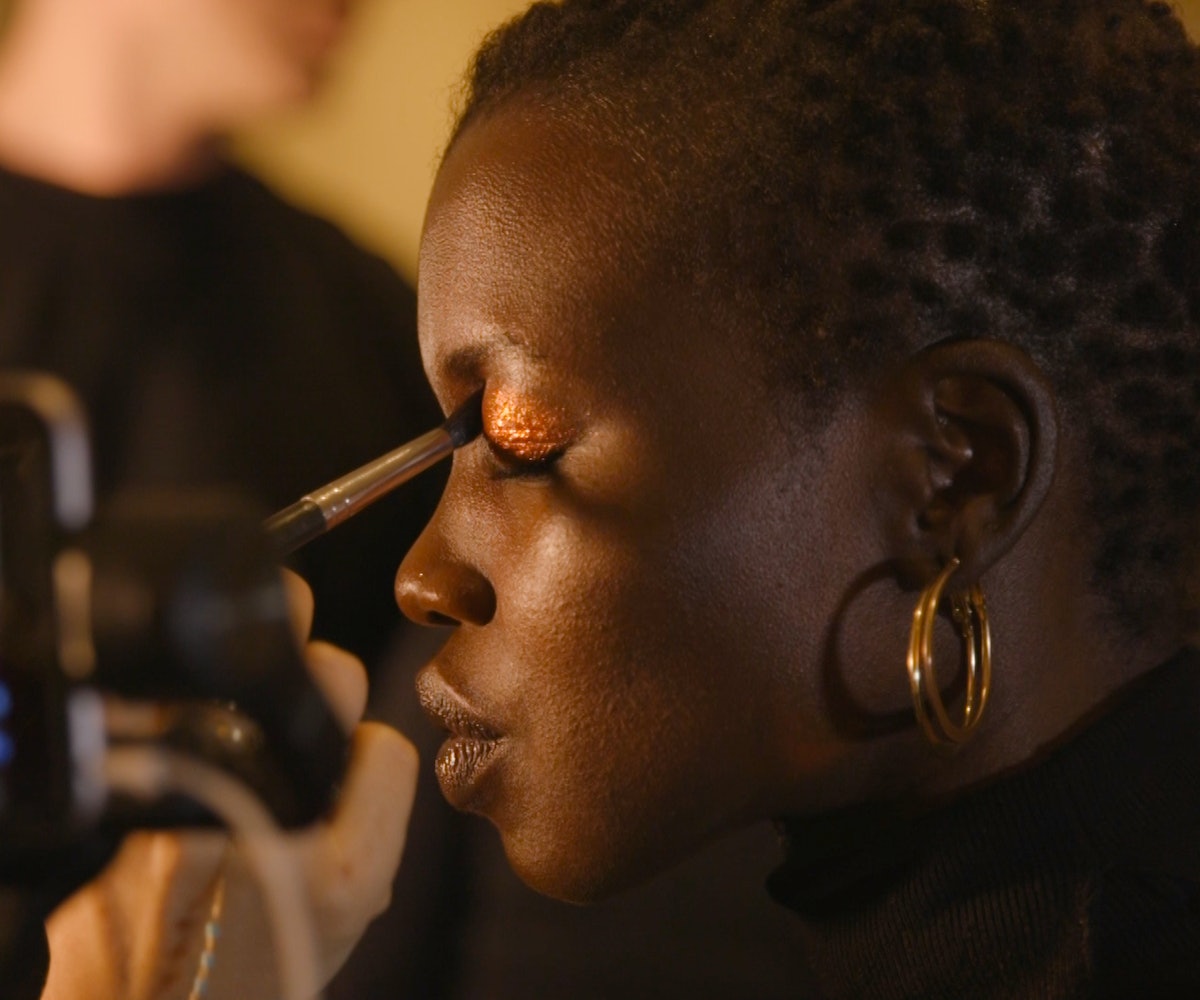 Since his Project Runway days, designer Christian Siriano hasn't allowed the fashion industry to define or contain him. A self-proclaimed "free dream-like thinker," he went on to become one of the franchise's most successful winners, putting out one ethereal collection after another since 2008. What's more, he has employed models of all shapes, sizes, and races long before it was encouraged on the runway. (In fact, he was the man to step in when actor Leslie Jones revealed on Twitter than no designers would dress her for the Ghostbusters premiere.)

A favorite of celebs like Christina Hendricks, Coco Rocha, and Samira Wiley, who all sat front row at his Fall/Winter 2017 show, Siriano was inspired by the landscape and animal inhabitants of Nevada's Valley of Fire State Park this season. We caught up with the designer backstage before his NYFW show. Watch as he talks about what he drew from for the collection and get a sneak peek of the designs, brimming with luxe coppers and velvets, and behind-the-scenes hustle in the video above. Also, not to miss: when Siriano sent out a model in a "People Are People" tee benefitting the American Civil Liberties Union.