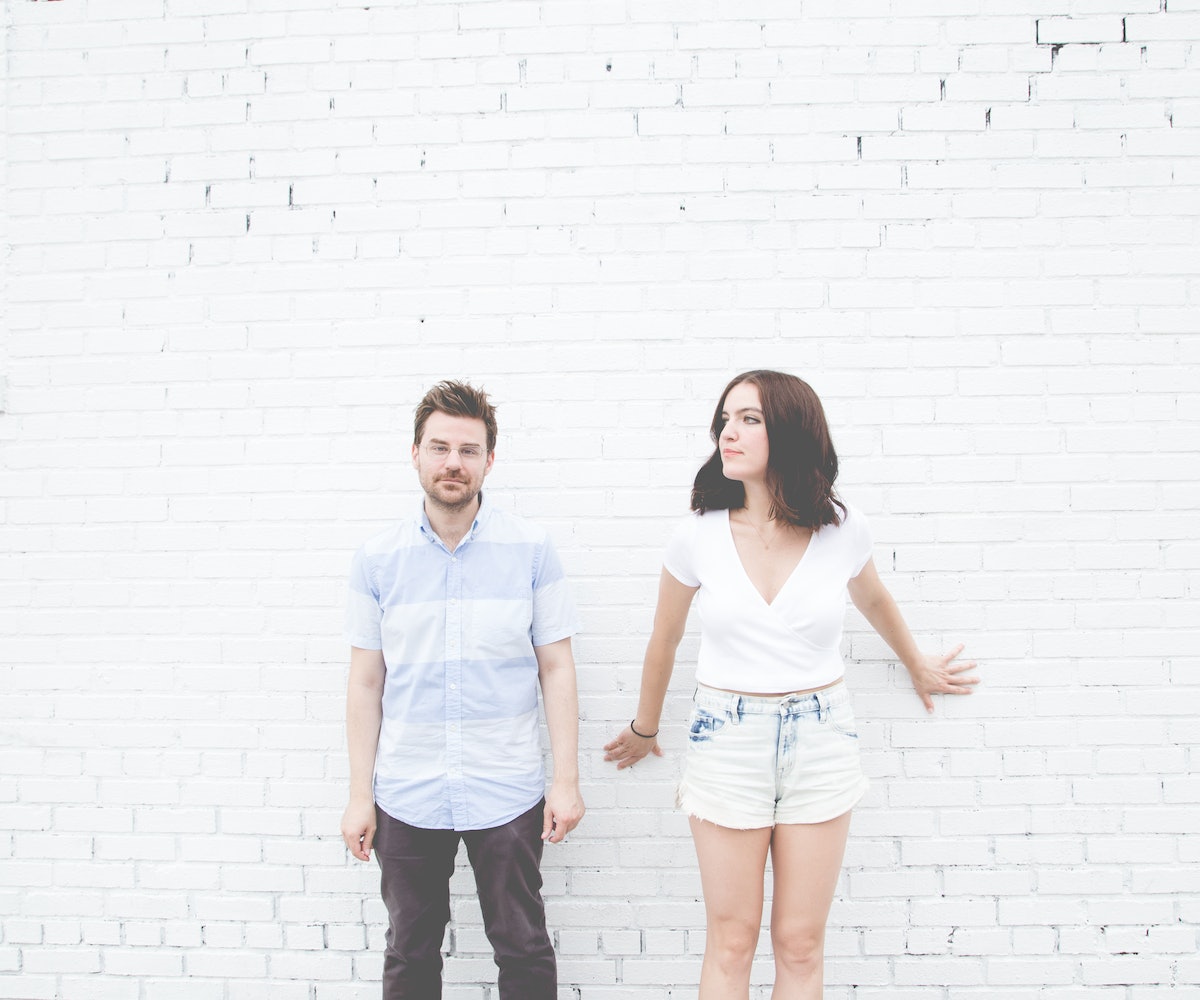 Christina and Stephen Cone grew up in a religious household in South Carolina, with a preacher father who made sure his children were church regulars and had Christian values sewn into the fabric of their DNA. But the Cones each left their sheltered upbringing to pursue careers as artists. Christina moved to New York and formed the indie pop-rock trio Frances Cone, while Stephen pursued acting in Chicago, eventually becoming an acclaimed indie filmmaker whose latest film, the coming-of-age drama Henry Gamble's Birthday Party—which explored themes of religion and sexuality, two of Cone's favorites—premiered at BAMcinemaFest last month.

Christina, who spent the summer in Nashville working on her band's sophomore album, recently got together with her brother to talk about their upbringing, their religion, and their art, and we were there to record it all.

Stephen: When did you first decide you wanted to be a singer/songwriter?

Christina: When I was 10. I wanted to be a singer songwriter when I was 10 because of Cindy Morgan, the Christian singer. I wrote her some fan mail and she never really got back to me. I just remember sitting in my room, writing it, and feeling very emotional and teary about it. But then when I went away, I wanted to do so many other things. I wanted to be a dancer therapist, but then I left that school and became a theater major.

S: When in your adult life did this become a serious aspiration, where you thought this could be seriously something you could pursue?

C: There was never really a decision. I saw Carrie Anne Hearst play at The Music Farm when I was living in Charleston, and nothing made me feel that way outside of church, and it just felt like church to me. I then came to New York because it was just the next thing to do after college. It was so hard when I got here, though. It was two years of constantly questioning that decision. I started listening to the Patty Griffin album Living with Ghosts, and that was my thing for the whole first year. She calmed me down.

S: Were there any other women that influenced you in your formative years?

C: Nichole Nordeman was a really big deal to me. She questioned everything but she was a Christian, so she helped me question everything.

S: If 10 years ago you could hear your music now, what do you think would surprise you about it?

C: Ten-years-ago me probably wanted to be more straightforward. I was a cheesy little kid and I liked cheesy music. I was obsessed with Garth Brooks. I didn’t have a cool music collection as a kid. I think I would’ve assumed I’d be making more straightforward pop songs.

S: But now you seem to be doing stuff that harkens back to Fleetwood Mac, which maybe in college it went off and on your radar.

C: I don’t know if it was ever on my radar. I didn’t get into Bob Dylan until I moved here, which I think a lot of people experience when they leave home for college. I used to be embarrassed about it and pretend that I knew things. Can you talk about the idea of running on instinct with your movies? Do you know what something is going to be when you make it, or are you surprised by it?

S: I would say when the movies were good they were organic. But In Memoriam was me trying to control what I make, and that was me trying to make a quirky, dark comedy, and maybe some people laughed and it was successful. I think the reason things didn’t work out for me is because I didn’t know how to let things be organic, and that only seems to have happened in the last couple of years, with letting impulses grow and become what they want to be.

C: Do you regret not going to film school?

S: No, but I also think people who are self-taught and put themselves through film school tend to not last five or six years. I think my cinephilia slowed me down because I was so obsessed with all kinds of movies, and it was such a storm of movie love that I didn’t know what to do and what was supposed to be my thing. Some people like Black Box and some people don’t, but that was me trying to be strange and disturbing, and of course, people described it as "tender and sympathetic." Every time I think I’m making something edgy, people say it’s lovely and sweet. I think I’ve learned that you don’t have to control what you make.

C: Yeah, I think I’ve learned that in the past two years.

S: What do you think of the songs from your first recording?

C: I refuse to listen to them. My friends turned them on in the car and I freaked out. Then later, I thought it didn’t sound that bad.

S: I recently got drunk one weekend and watched In Memorium.... I’m very hard on my films. I probably shouldn’t be so hard. But we should just accept everything, warts and all. I’m interested of the influence of Christian music in general on your style.

C: I think with loving pop music—especially Nichole Nordeman—she’s so good at melody and evoking emotion. With her, it didn’t seem as emotionally manipulative as praise music.

S: I used to love the song “Small Enough.”

S: I think the central irony for both of us is that we also had good parents who taught us somewhat liberal ideas, despite their religious beliefs. I think somewhere in there is this respect, kindness, and humility. You could argue that they’re Christian ideals, but they’re also just human ideals.

C: I always felt like mom was my friend and I didn’t want to disappoint her.

S: I think they were just two smart parents that were trying to teach love and kindness. I remember when dad took me to see Philadelphia when I was 13 in South Carolina. I just wanted to see the film and we just sat there and watched it. What Southern, Evangelical, Baptist minister takes his son to see that movie?

C: Can we talk about when you came out? I remember mom crying, but I don’t remember what she said. Dad said, “We have to work out the issue, but we love you.”

S: That was an uncharacteristic reaction from dad. He said, “Are you happy?” and that’s a tough question for a 22 year old.

C: What did you think I was gonna be when I grew up?

C: You were always going to be a moviemaker.

NEXT UP
Beauty
Meet Naezrah, The Abstract Makeup Artist Behind SZA’s Coolest Looks
Fashion
R&B Artist María Isabel Is Making Room For New Style With Nuuly
Beauty
No One Does #PamCore Beauty Better Than Pamela Anderson, Herself
A Night Out
A Night Out With Rachel Bilson
Style + Culture, delivered straight to your inbox.