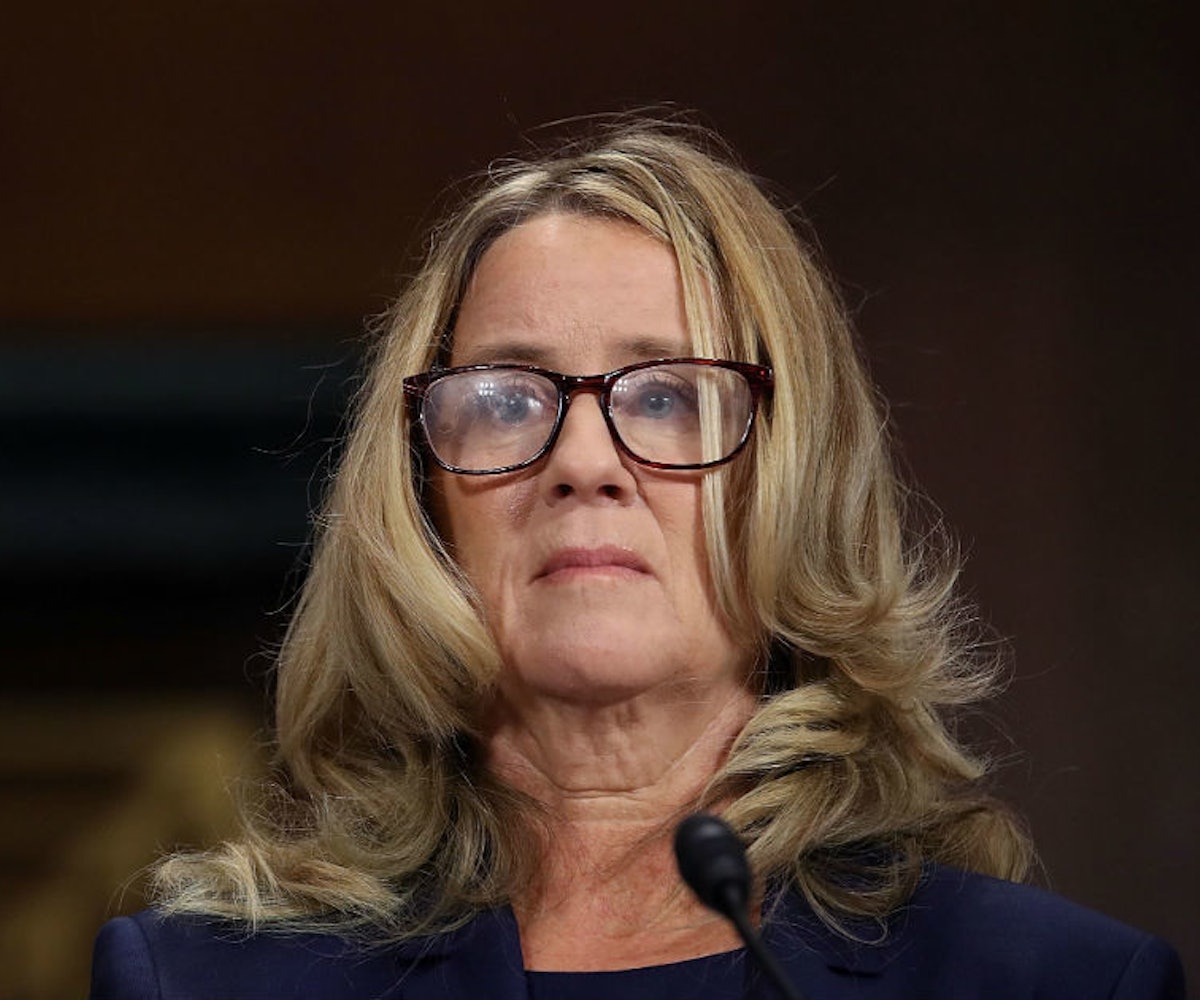 "Justice Kavanaugh ascended to the Supreme Court, but the threats to Dr. Ford continue," Ford's lawyers told NPR in a statement. These threats have reportedly started ever since her allegations became public. "My family and I have been the target of constant harassment and death threats," she told the committee during her devastating opening statement. "People have posted my personal information on the Internet. This has resulted in additional emails, calls, and threats. My family and I were forced to move out of our home… my family and I have been living in various secure locales, with guards."

It was reported last month that the threats hadn’t died down and that Ford and her family were forced to move four times. She’s also had to pay for security and hasn’t been able to return to her job. During Ford's testimonial process, two GoFundMe pages were set up in her honor and more than $800,000 has since been raised. "Dr. Ford and her family have tremendous gratitude for the generous crowdfunded contributions they have received," her lawyers told NPR. "These funds have been used exclusively for necessary costs of physical security and housing occasioned by coming forward about her sexual assault by Brett Kavanaugh."

Ford’s lawyers also added that she’s not interested in profiting off of her story in any way. "Dr. Ford's current focus is solely on recovering from the experience and returning to her job responsibilities—not on writing a book," they said.