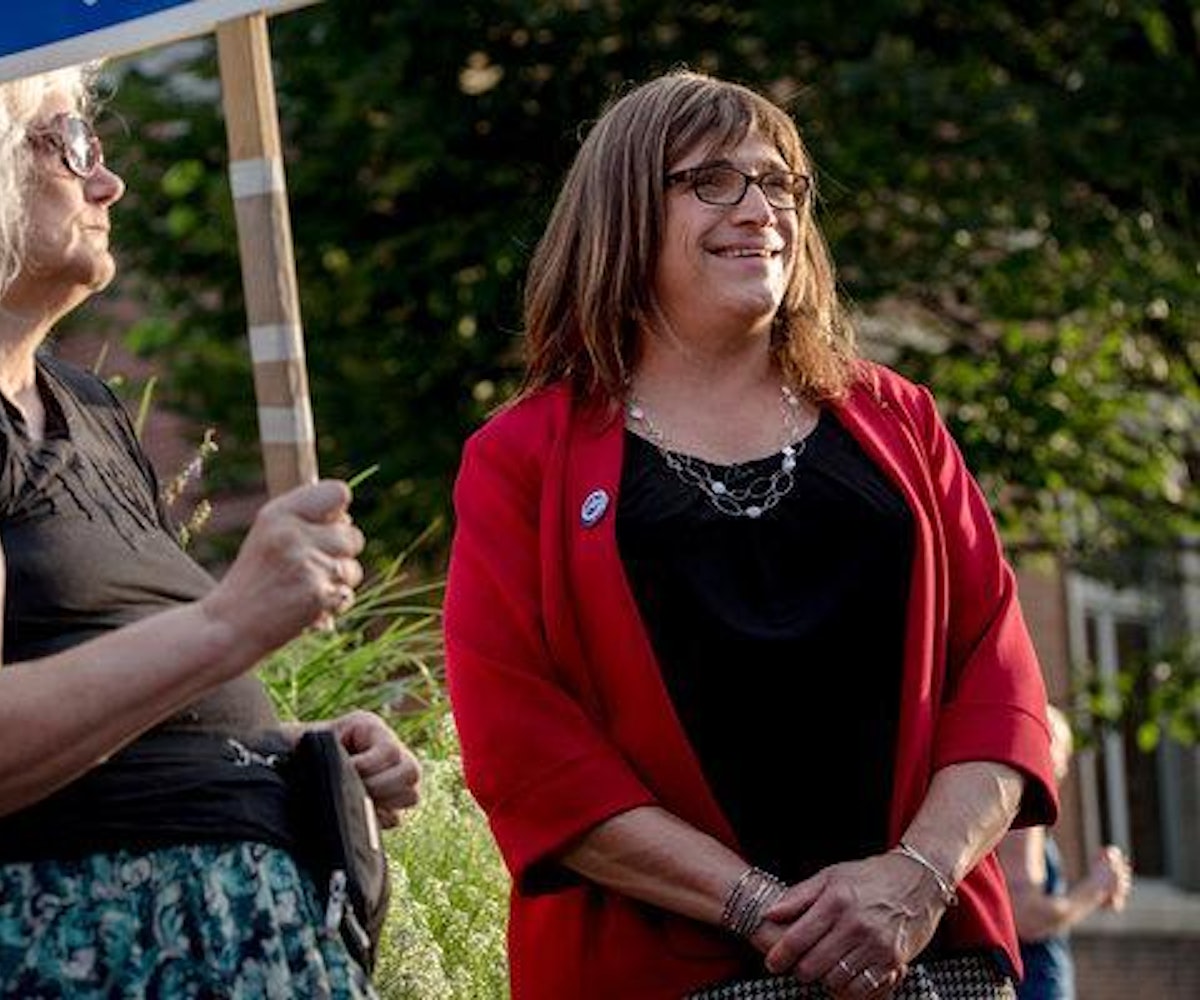 Photo via Hilary Swift for The New York Times
by Bailey Calfee
Aug. 15, 2018

Vermont voters have nominated the United States’ first transgender candidate for governor for a major party. Christine Hallquist won the state's Democratic primary on Tuesday, which is a huge step forward for LGBTQ+ Americans and especially trans Americans, who are systematically shut out of higher levels of elected government office.

Hallquist told CNN that she ran as a direct reaction to the election of Donald Trump, saying, “In physics we say for every action there’s an opposite and opposing reaction. Well, I’m definitely a reaction to 2016.” She was the CEO of Vermont Electric Cooperative, one of the state’s largest utilities, before deciding to run for government office.

She compares her political involvement with others, who are seeking government office after being in other careers. "People like myself and who normally wouldn't be in politics are rising up all over [in response to Trump's election,] and I think that's what healthy democracy looks like," she said in an interview with Don Lemon. "I'm hoping that years from now we can look back and say, 'Isn't American democracy wonderful: we survived a death spot.'"

She is backed by the Justice Democrats, the same group that backed Alexandria Ocasio-Cortez and helped launch her New York campaign. She is also supported by the Working Families Party and the Trans United Fund. Hallquist is running on a promise to work toward building up renewable energy, raising the minimum wage to $15 per hour, and achieving “Medicare for all.” She has also moved to address racial disparities in Vermont’s criminal justice system.

And while running for statewide office might seem intimidating to most, this is not, Hallquist explains, the hardest thing she has ever done: She told the Guardian that “I think after transitioning everything else looks pretty easy.”