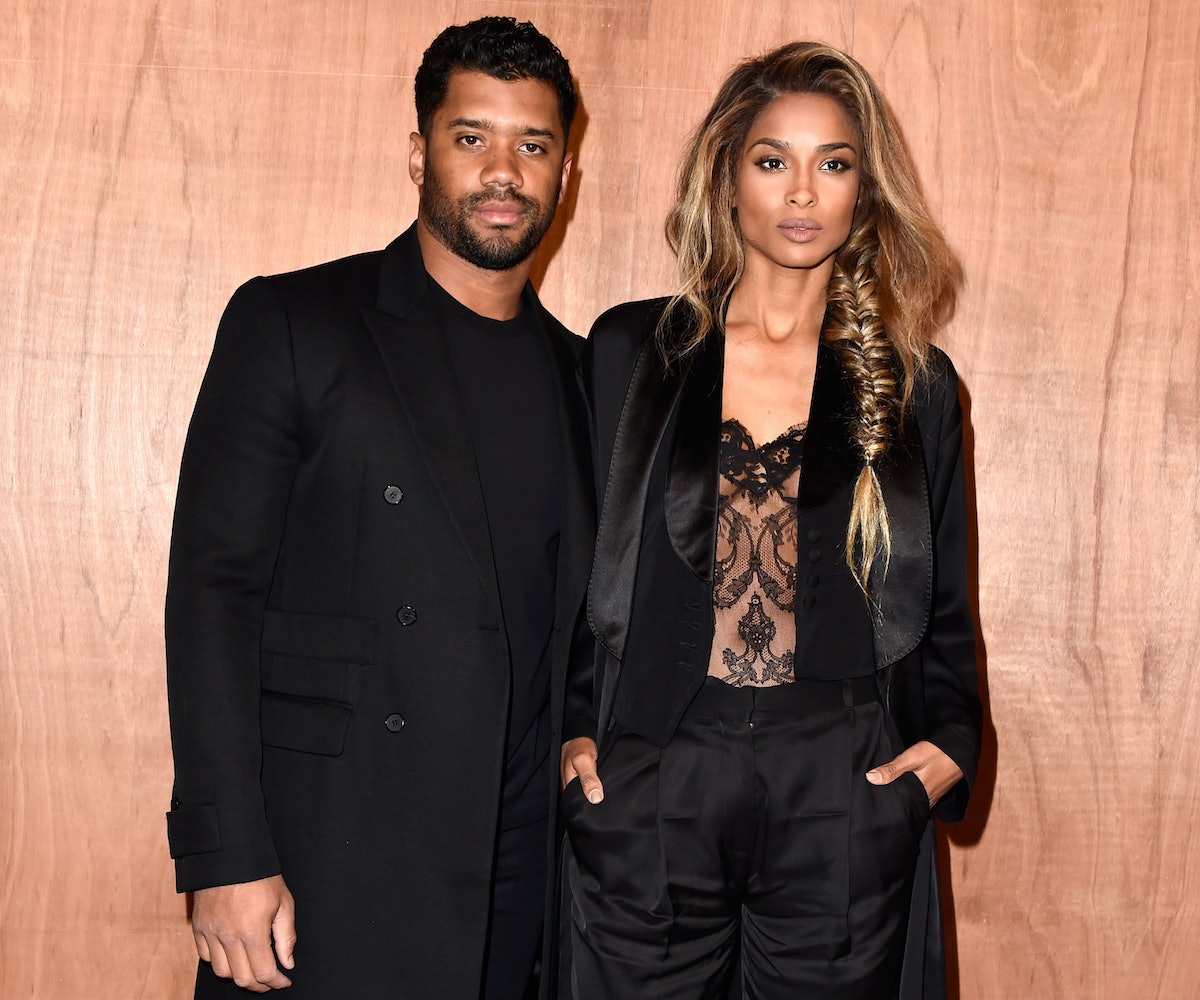 After almost a year of dating, Ciara and Russell Wilson have officially taken their relationship to the next level by getting engaged. The NFL quarterback confirmed that he put a ring on it by announcing "She Said Yes!" on Twitter a few minutes ago. There's no doubt in our minds that this wedding is going to be a majorly elegant affair, and one hell of a body party on the dance floor.

Given that Wilson once consulted Google to figure out "how to describe a beautiful woman," we're relieved that this proposal was a little more original. According to a report from People, he asked for her hand while on vacation—Wilson made Ciara play "travel roulette," instead of revealing where they were heading, giving her 30 possible destinations in the world to guess from. The "surprise holiday" turned out to be a trip to the North Island resort in Seychelles, and the proposal took place on Honeymoon Beach. By the way, the ring is ginormous.

After everything that Future has put her through, Ciara deserves to have a happily ever after. (Since news of the engagement broke, people have been leaving ring emojis in the comments section all over the rapper's Instagram page.) Seeing as to how she and Wilson chose to remain abstinent until marriage, we expect the honeymoon to be full of nothing but love, sex, and magic. We can’t wait for them to one, two step down the aisle already.