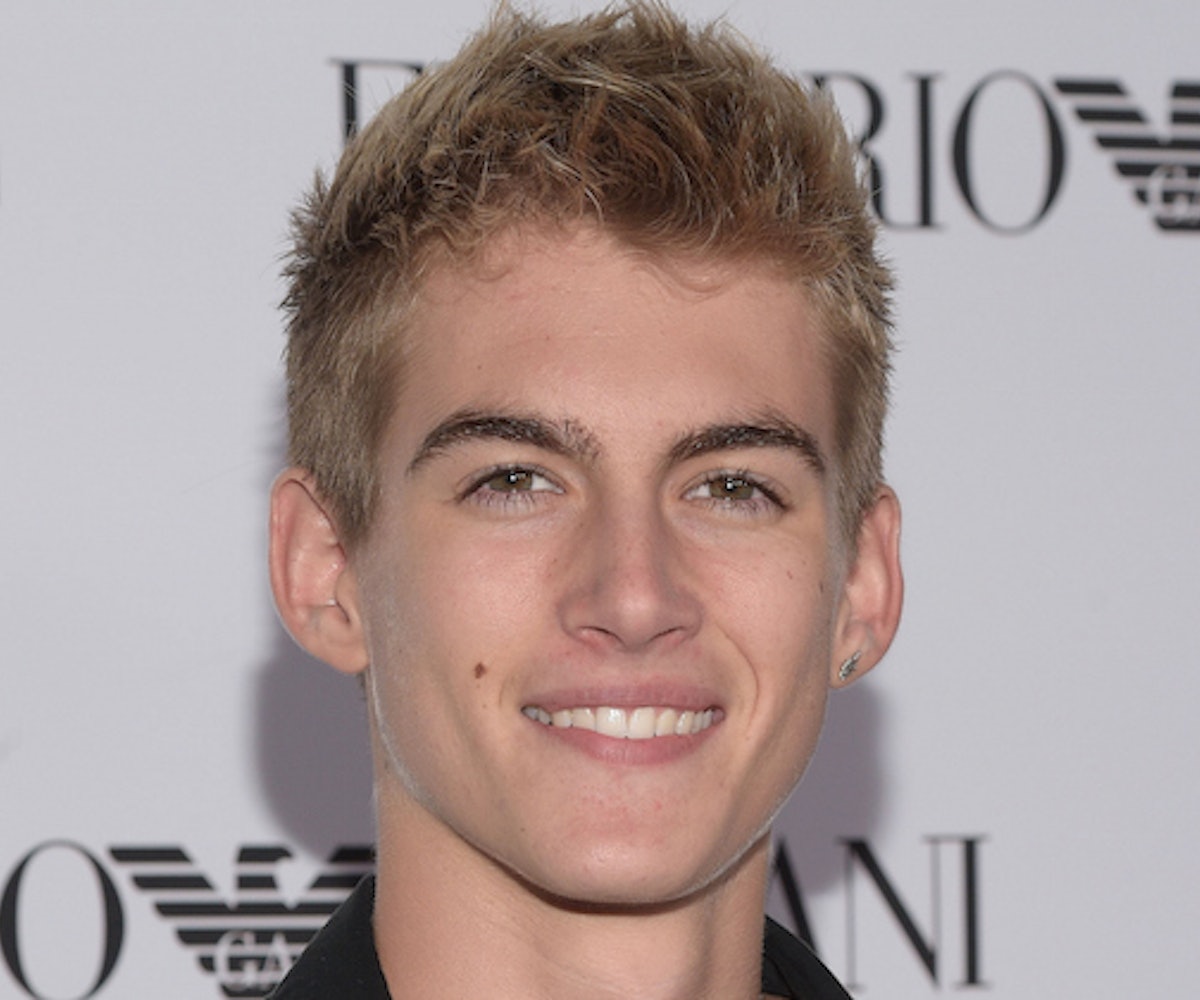 It’s quite a thing, isn’t it? That chin. Those eyes. The brows. He, like his sibling and fellow rising model Kaia Gerber, is the spitting image of his mother with a pair of broad shoulders thrown in for good measure.

Now, yes, he’s a mere 16—a bit too young to be the object of anyone’s gaze. Nonetheless, if he wants a career in modeling, it’s there for him much as it is for the Beckham kids and Jude Law’s daughter, Iris Law. Much as we have problems with nepotism, it's hard to argue with it when it looks like this.