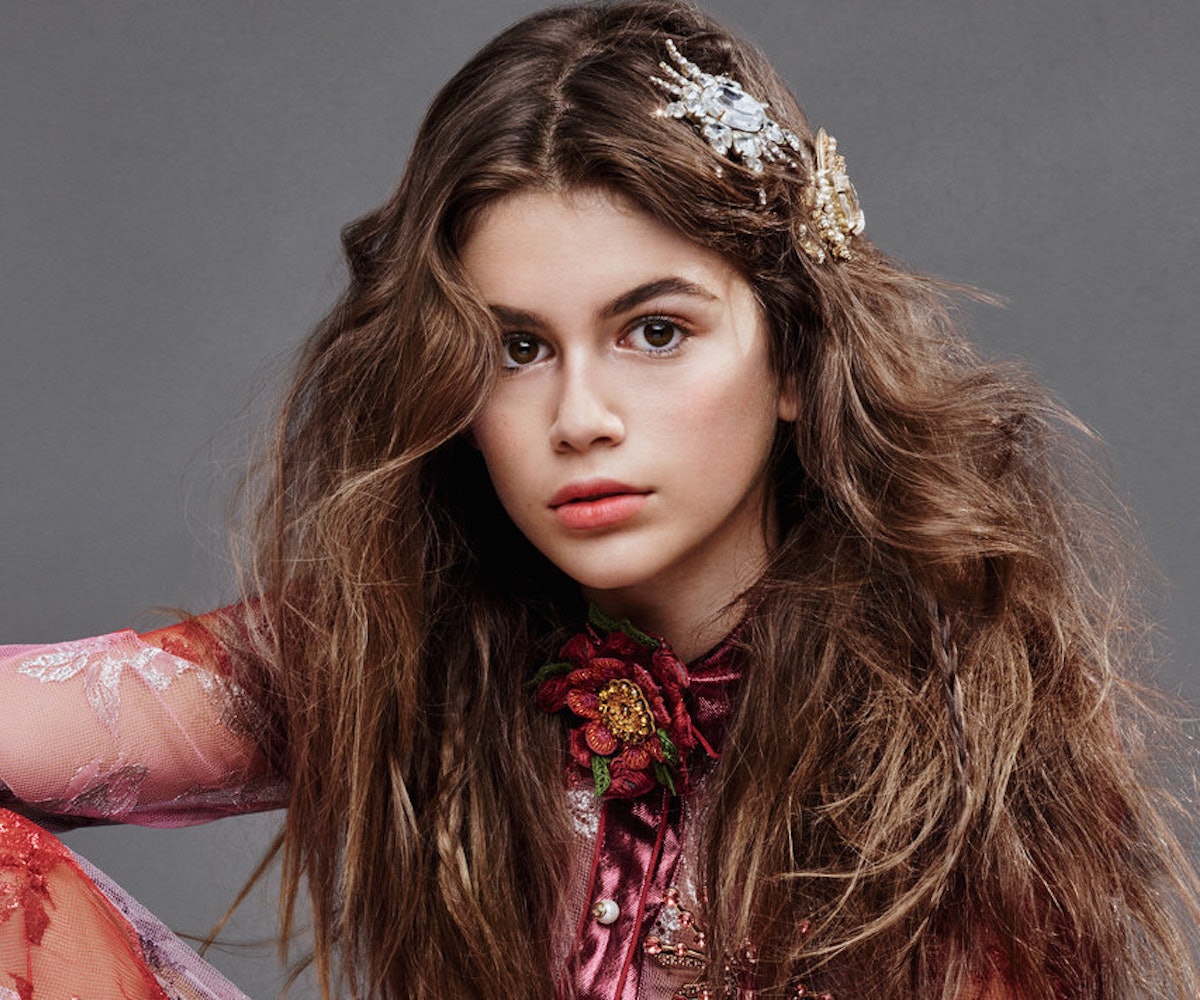 Now, when one thinks of eyebrows and fashion, a few certain iconic faces come to mind. There’s Cara Delevingne, of course, though she’s only the most recent example of the beautifully untweezed brow. Back when supermodels were truly super, it was Cindy Crawford’s wooly bears that got all the attention.

It’s no surprise then that Crawford has put herself in charge of daughter Kaia Gerber’s plucking routine. As Gerber—who is genetically gifted with her mother’s looks, fuzzy brows included—revealed in this month’s Teen Vogue, “My mom does mine because I know I would go tweezer-crazy and wind up with no eyebrows at all.” True, most anyone who’s started plucking has been there at some time. Plus, why wouldn’t you want Cindy Crawford in charge of your tweezing regimen, regardless of whether she’s your mother or not.

Gerber continued, “I love the look of full brows that aren’t perfectly done—eyebrows on fleek, that’s the goal. My eyebrows are like Miley—they can’t be tamed, even with brow gel.” Eyebrows on "fleek", hunh? Kids these days.

Anywho, to check out more from the adorable, stylish Gerber and her big, ol’ brows, head on over to Teen Vogue.