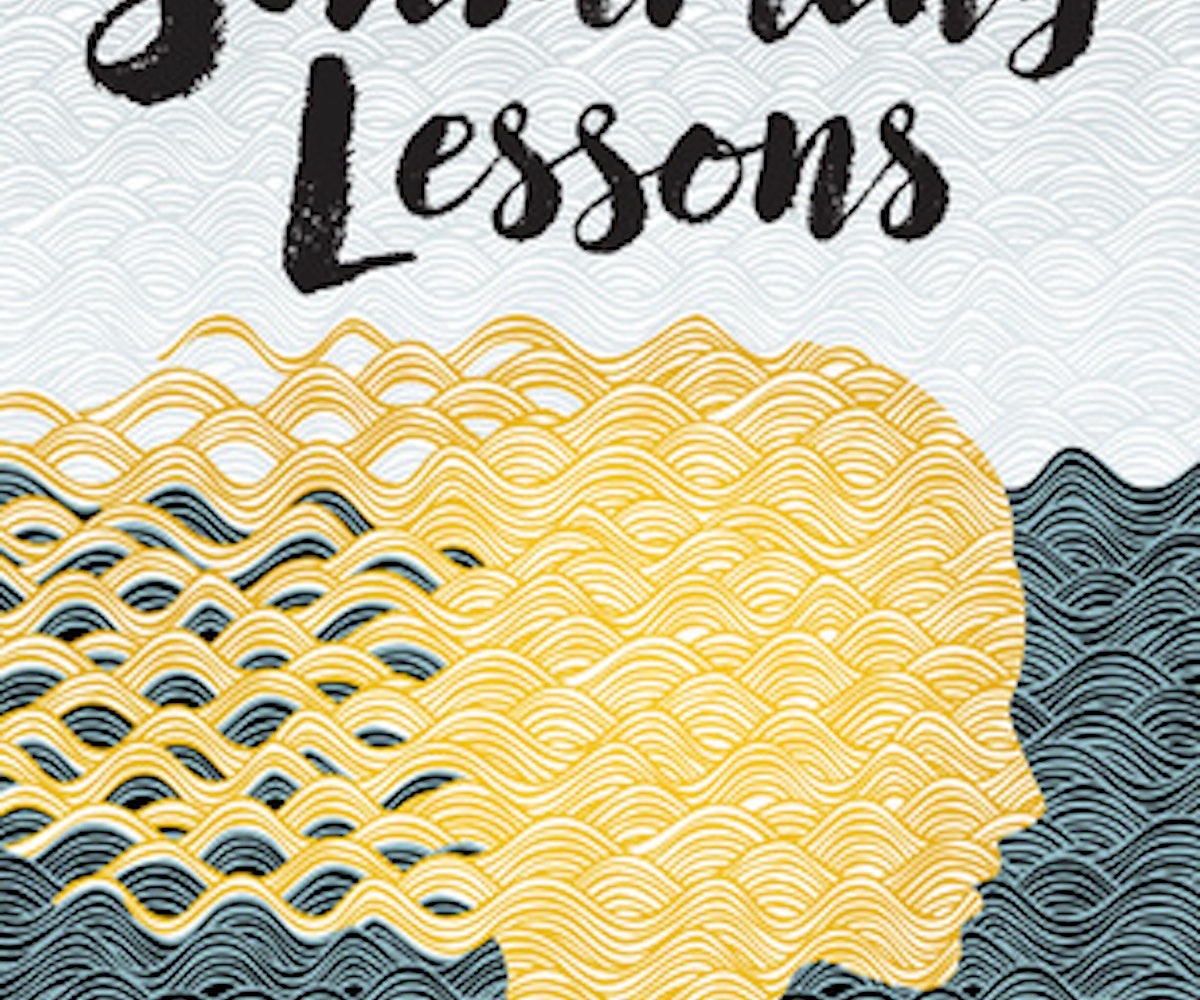 If you were to formulate an opinion on the state of women in the world today and chose to do so based on some of the past few years' best-selling novels, you'd probably come to one conclusion: Women—or girls, rather—are disappearing. They're running away. They're being taken. They are being shut away from the rest of the world, both literally and figuratively. They're joining cults. They're refusing to eat. They're on fire. Sometimes, even, they're under water.

Claire Fuller's latest novel, Swimming Lessons, both engages with and subverts the trope of the vanishing woman, not only by embracing a dual narrative and offering no clear answers to the many problems that exist in her characters' lives, but also by giving her vanishing woman agency over her life, even a hand in her own disappearance.

At a glance, Swimming Lessons feels like a familiar enough narrative: A young woman, Ingrid, engages in a whirlwind love affair with an older man, puts aside her own passions when she gets pregnant, and finds herself in a disintegrating relationship with no easy way out; then, she disappears. But Fuller's Ingrid is no voiceless wraith upon whom other characters and readers project their own ideas. Rather, Fuller makes a point of allowing Ingrid to be the one to tell the story of her disappearance, by alternating chapters between the modern-day Coleman family—acclaimed author Gil, who is aging and ill; and young adult daughters, Nan and Flora—as they find themselves still coming to terms with Ingrid's disappearance and presumed death 12 years before, and chapters comprising the letters which Ingrid wrote to Gil, during the last, unhappy days of their marriage, and left behind in carefully chosen books in Gil's massive personal library.

It is through these letters that readers come to understand that Ingrid's departure from her family—is it suicide? did she run away?—was her way of reclaiming the woman who she'd once been, of saving that presumed-dead life. But as much as readers might feel like they come to know Ingrid through these letters, it still remains difficult to have a full grasp on what it is exactly that's happening in Ingrid's mind and where it is that her mind will take her. Ingrid remains an enigma, and thus the novel retains a nonstop feeling of suspense and intrigue; it is hard not to keep turning page after page of Swimming Lessons. Even after the novel is finished, it's hard not to want to keep turning its pages, and staying in the lives of this complicated family. And, really, isn't that the key to a great page-turner?

Below, I talk with author Claire Fuller about what it is to write a page-turner, why everyone's so interested in disappearing women, and how to make a book feel like a living thing. There are spoilers from Swimming Lessons within the interview, so before continuing, perhaps you should buy the book, read it, and come back here for more.

What appeals to you about suspense as a genre? There's been such a huge interest in these blockbuster mystery books, like Gone Girl or Room, which center around vanished women.

I didn't set out to write any particular genre. I didn't think it was suspense or mystery. I was trying to write the kind of novel that I like to read. And actually, I don't really read psychological thrillers, the kind of Girl on the Train type thing. I don't read those at all. But I do read literary fiction that's quite accessible and that does have some suspense in it, so I was trying to write that without thinking, Where is this going to slot in?

Much the same way that some writers are great at plot and not so good at pretty sentences, some literary writers craft beautiful phrases, but the plot is secondary; Swimming Lessons, though, combines both elements.

Thank you! But it's not really deliberate. It's just that you've got some kind of... not cliff-hanger, because it's not a thriller, but something that at the end of each chapter, makes the reader just go, "Oh, I was going to finish this chapter and go to sleep." And then they get to the end, and they go, "Oh, I can't! I need to know what happens next."

It's kind of like that from your very first sentence—"Gil Coleman looked down from the first-floor window of the bookshop and saw his dead wife standing on the pavement below”—which has a pretty strong pull. Did you have that first sentence in mind when you first thought of the book?

No, not before I wrote it, but I think it came very soon after I started. It got kind of refined; things got changed. But it came very early that first sentence. I write without knowing what's going to happen next. So I would write stuff like that sentence, and I'd think, What? How can I write that? What is this book about?

So you didn't have an outline for the book?

And the ending was not predetermined?

No, I had no idea how it was going to end. About halfway through, I decided that I, as the author, needed to decide what happens to Ingrid. Although at the end of the book, I deliberately leave it open, so the reader has to decide, but it was a long way into the book before I thought, I can't really write the rest of the book without knowing. Because it affects what you write and what she thinks. I do regard it as my opinion, though [what happened to Ingrid], and there isn't really a right or wrong answer, so the reader can think whatever they like, but I think that she survives. Ingrid might think that she wants to kill herself on the beach, but she doesn't. She just goes off for 12 years, only to kind of come back in the end.

Including the ending, there were so many unsettling moments as a reader, in the best possible way, where I found myself pausing, so that I could sort through what was happening on the page for myself and try and figure out what it was I even thought, and even whether or not I was supposed to know what was going on if the characters in the book didn't.

Leave it up to your imagination! You know, I've never been in a situation where somebody close to me has disappeared, but many people say that all you want is closure, and that it's worse to live through the ambiguity. You have to just accept they won't return. But it depends on who that person is. If it's your child, would you ever accept your child wasn't coming back if they disappeared?

I can't imagine I would. Why do you think there's a resurgence of a woman being unhappy and just vanishing?

The trouble is, you write a book three years ago before it publishes. It's like children's names; you think your child's name is unique, and you think you've invented the name, but then there are two other children in the class. So maybe I picked up something subliminally. But also, I was more interested in following the people who were left behind, the family. It's a huge assumption to think that all women want to have children and that even those who do love being mothers. But there's still something shocking about it when they leave.

A big part of this novel is the way that we interact with our books, whether through leaving notes and scraps of paper or marginalia throughout. Do you write in your books?

I don't have any compunction about writing in my books. I think that makes the book look well-read and loved. Whereas with a pristine book someone might not even have read it. So they're things you've interacted with physically as well as mentally.