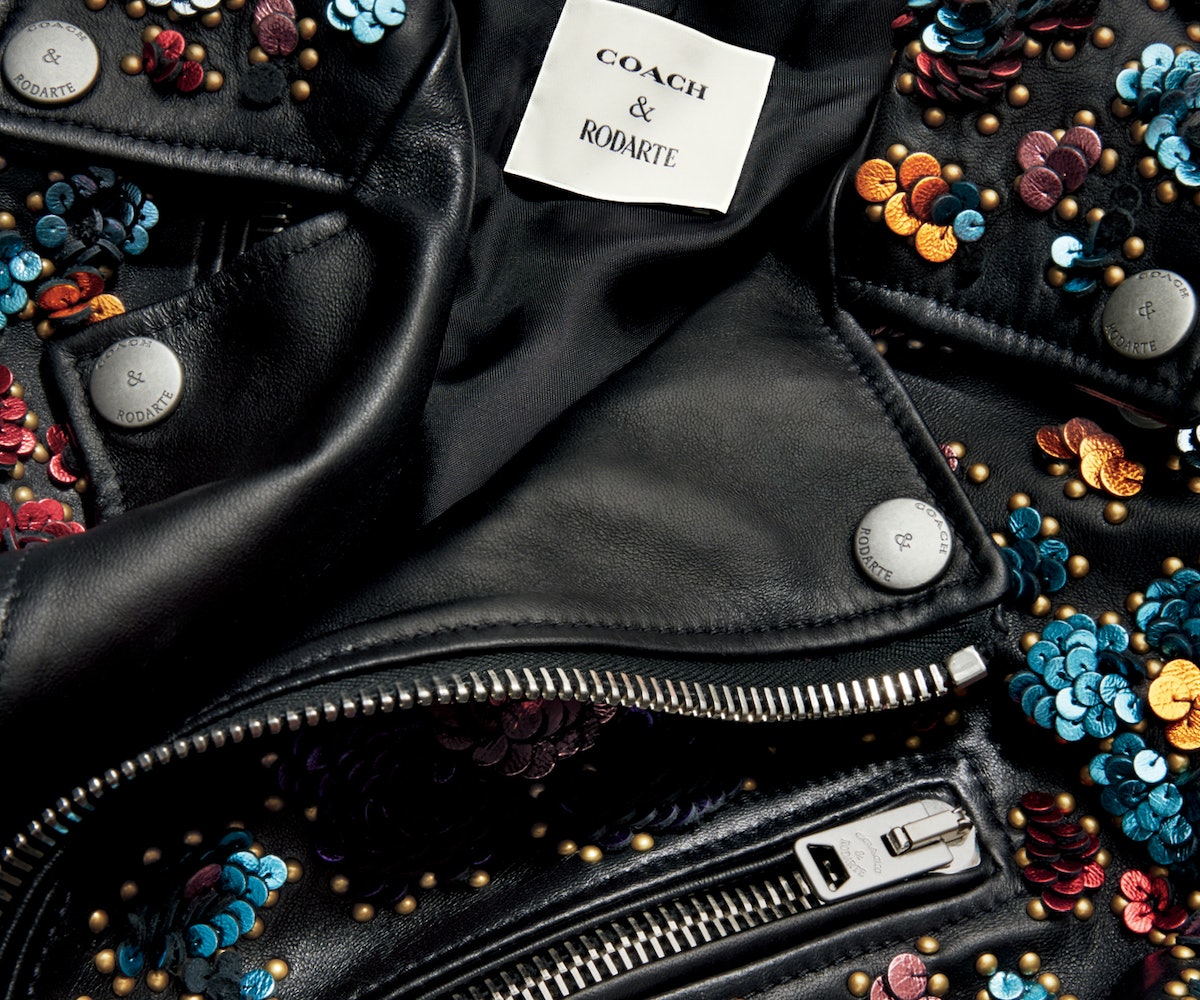 Back in January, we first caught wind that a Coach and Rodarte collab was a-brewin’ via WWD. Although the Mulleavy sisters (the brains behind Rodarte’s magical designs) and Coach both declined to comment at the time, it was rumored that this new partnership, a 15-piece capsule, would be comprised of mostly apparel and one handbag design.

Well, now that we finally have some confirmed details and a few photos of the pieces in all of their embellished glory, we can see that there are actually multiple bags joining bedazzled leather jackets and dresses and graphic knit sweaters featuring nostalgic archival Coach ads from the '70s. It’s basically a gift from the fashion gods and goddesses.

Both Laura and Kate Mulleavy designed the collection alongside Coach’s creative director Stuart Vevers, which aims to capture a blend of New York and Los Angeles—“modern vs. ethereal,” as described in the press release. “Rodarte’s conceptual approach to American style was the perfect lens to reimagine nostalgic Coach pieces,” says Vevers. “The mash-up of influences resulted in a romantic cool collection that feels right for both houses.” It’s dreamy, it’s luxurious, and it’s quite possibly one of the most exciting designer collaborations of 2017 (okay, maybe ever).

Unlike the last time, this Rodarte collaboration is definitely more on the pricier side. According to the press release, the vintage ad-stamped bags will start at $650, while embellished ones will range from $295 up to $1,900. We’ll start saving (and selling all of our belongings) now.

You can shop the full collection starting April 14 in select Coach stores and Coach.com, as well as at specialty retailers worldwide. Check out your first glimpse at the capsule, below.