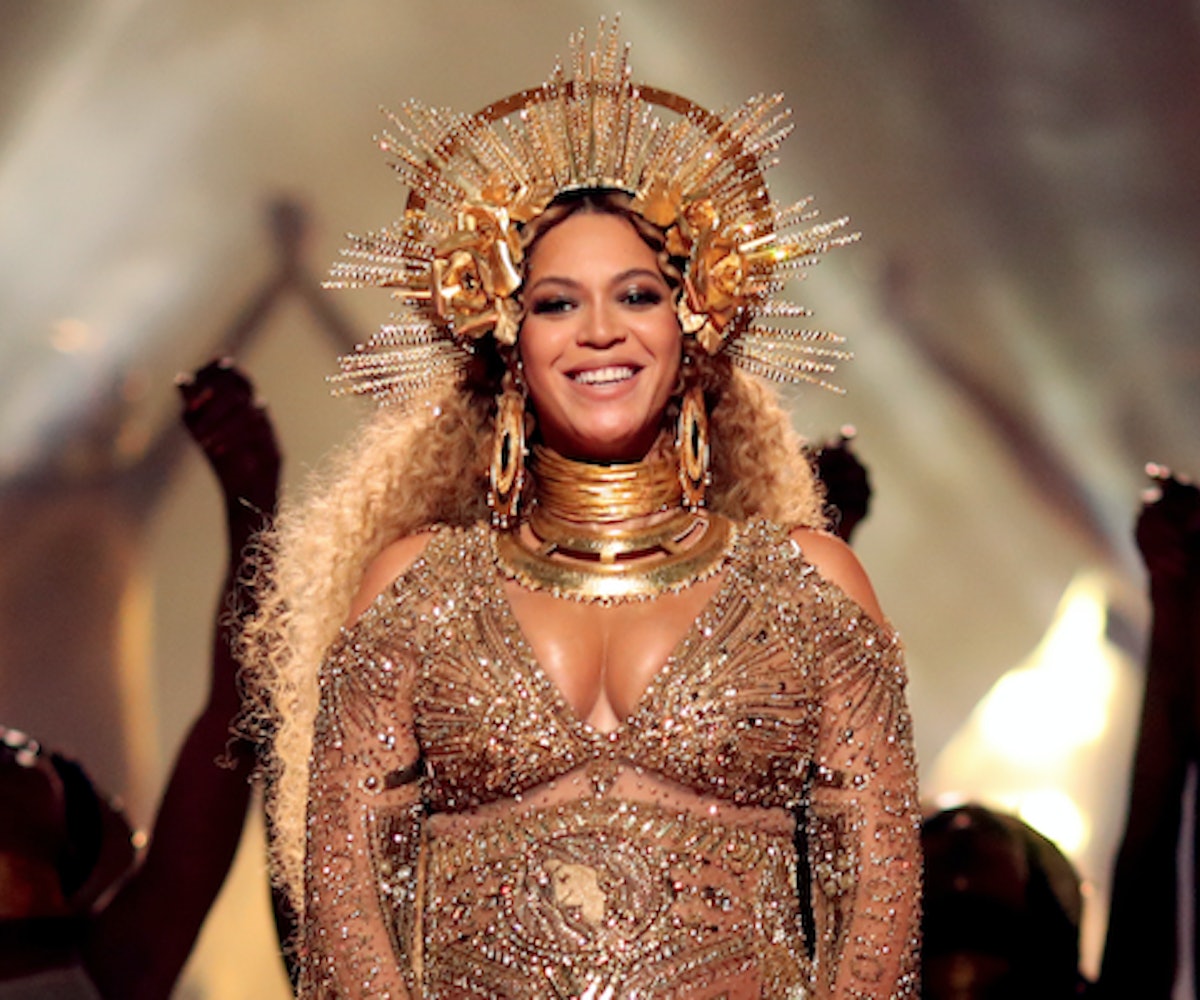 Beyhive, prepare to get in formation: Beyoncé will officially be performing at Coachella this year. This year's lineup has just been announced and will be headlined by Queen Bey herself, Eminem, and The Weeknd.

But Beyoncé's headlining slot really shouldn't come as surprise. Last year, her Parkwood Entertainment and the festival's producer, Goldenvoice, said she would be returning to the California-based festival this year after canceling her performance at last year's.

Other performers include Cardi B (who will be performing there for the first time), HAIM, SZA, Migos, BØRNS, St. Vincent, and many more. This year's Coachella fest will take place from April 13 to 15th and April 20 to 22nd. General admission passes are sold out, but all other tickets (general admission with shuttle pass, VIP, parking, car and tent camping, etc.) for both weekends go on sale on January 5.

But if you East Coasters can't make it to California this year, don't worry: Governor's Ball festival announced its lineup, too. Eminem will also be headlining the New York-based festival, along with Jack White, Travis Scott, Yeah Yeah Yeahs, Halsey, N.E.R.D., and a surprise performer. General admission tickets for the festival are on sale now, starting at $275 for a three-day package.

You can see the full lineup for Coachella here and for Governor's Ball here.