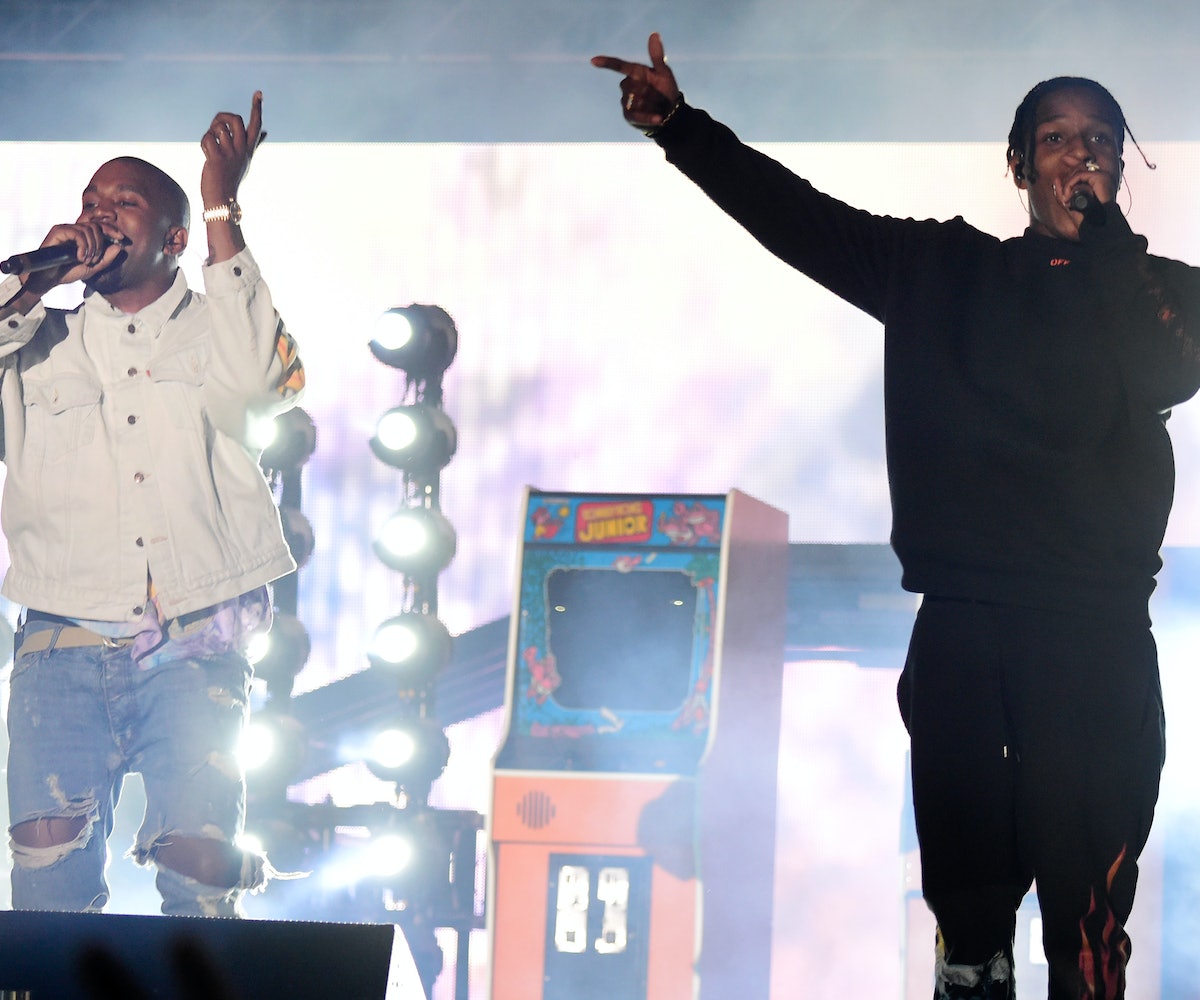 The first night of Coachella 2016 is officially in the books, and based on the rumblings out of Indio, the next two days sure have their work cut out for them. As expected, the likes of Purity Ring, Rae Sremmurd, and headliners LCD Soundsystem totally killed it. But the most talked about moment by far occurred when none other than Kanye West himself surprised the unsuspecting crowd, when he joined both A$AP Rocky and Jack U on stage.

Now, before you let that horrible sensation commonly known as FOMO set in, we have some good news. Yes, you missed out on Yeezy's surprise performance. But thanks to Coachella's YouTube channel, you can stream the rest of the festival on your very own computer.

No, you won't be backstage schmoozing with Kylie and Taylor, but if you didn't make it all the way to Indio, trust us, this is the next best thing. Below, check out three streams for your viewing pleasure. They begin at 3:30 p.m. PST, so if you don't want to miss the next major surprise that Coachella has in store, we suggest you tune in.

Also, be sure to check Nylon.com for extensive coverage of the biggest party of the year.