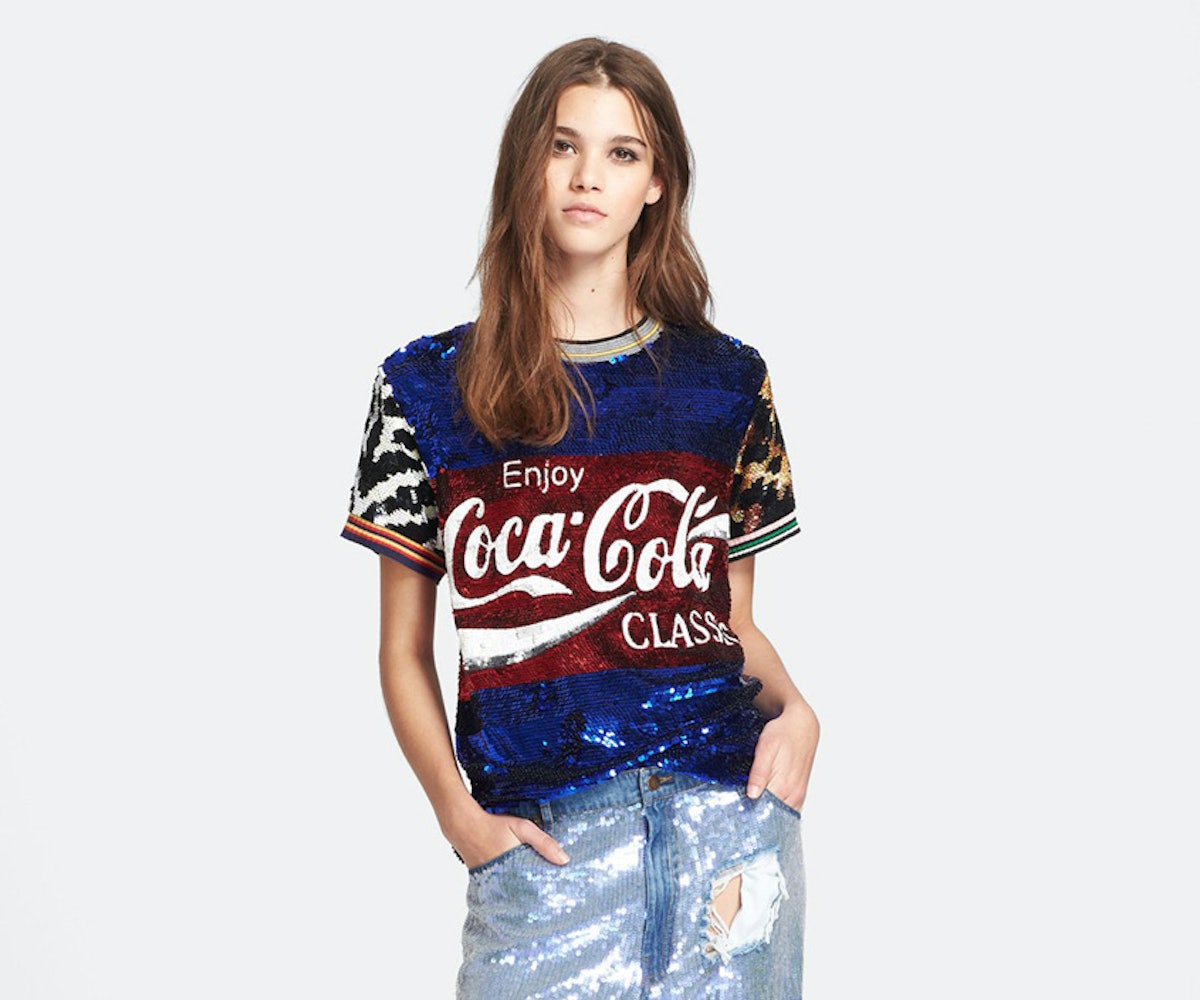 Way back when, on March 12, 1894 a drink was bottled and served that would change the world--or at least our soda love--forever. That drink was Coca-Cola.

First served in Minnesota, Coca-Cola has since become a staple of American pop culture. From the brand's iconic "I'd Like to Buy The World A Coke" 1971 commercial, to its cute polar bears ads of the '00s, to the great spot that ran during this year's Super Bowl of the National Anthem being sung in a multitude of languages, Coca-Cola has a longstanding tradition for good branding.

The company is so cool that designers everywhere are clamoring to get their hands on it, from Marc Jacobs' spring '13 sequin sweatshirt with a Coca-Cola swoosh on the front to Ashish's similarly-sequined T-shirts. So if you want to celebrate Coke's birthday right, sit back, pour yourself a cold one, and shop the coolest Coca-Cola fashions. Cheers!