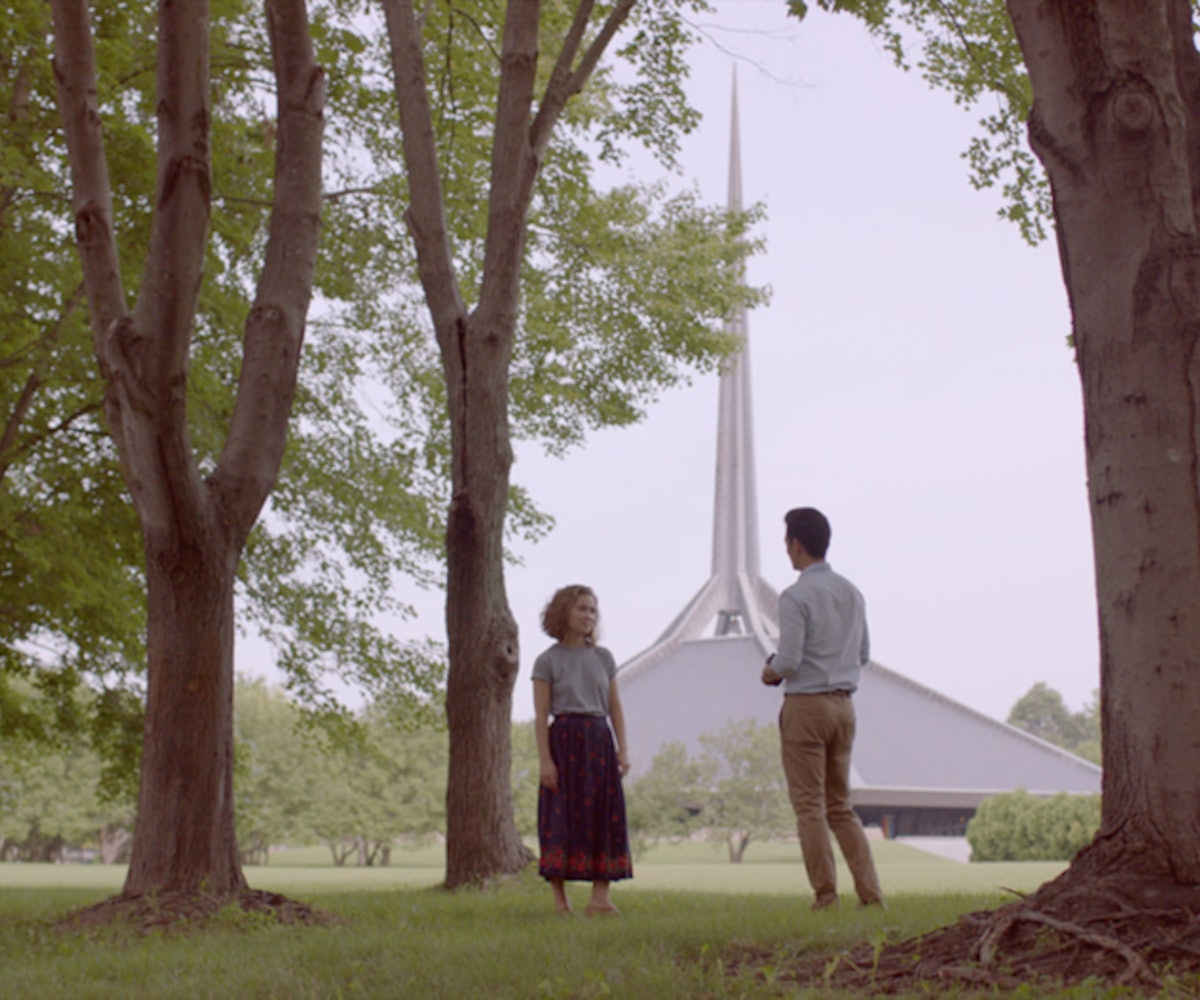 Set in Columbus, Indiana, the internet's boyfriend John Cho stars as Jin, a curious and successful mind who has come to take care of his father, a noted architecture professor, who is in a coma. There, he meets Casey (Haley Lu Richardson), a bright architecture buff dedicated to making sure her mother doesn't relapse into her meth addiction. Together, Casey and Jin explore the modern wonders of the titular city. "I hear this town is quite the mecca," Jin says at one point, surveying their surroundings. Indeed, Columbus is home to more than 60 architectural marvels, many of which are national landmarks.

Kogonada's vision is muted and moving. Early reviews of the film make a point to note Jin and Casey are not romantic but, rather, strike up a strong platonic relationship rooted in supporting one another through their respective familial struggles. It sounds a lot like Sofia Coppola's film Lost in Translation, where two lost souls deeply connect with one another for a brief period of time. Hell, the film's aesthetic is dreamy enough to fit Coppola's bill. Regardless, Columbus is filled with slow-moving eye candy whose pleasures derive from our very human need for kinship.