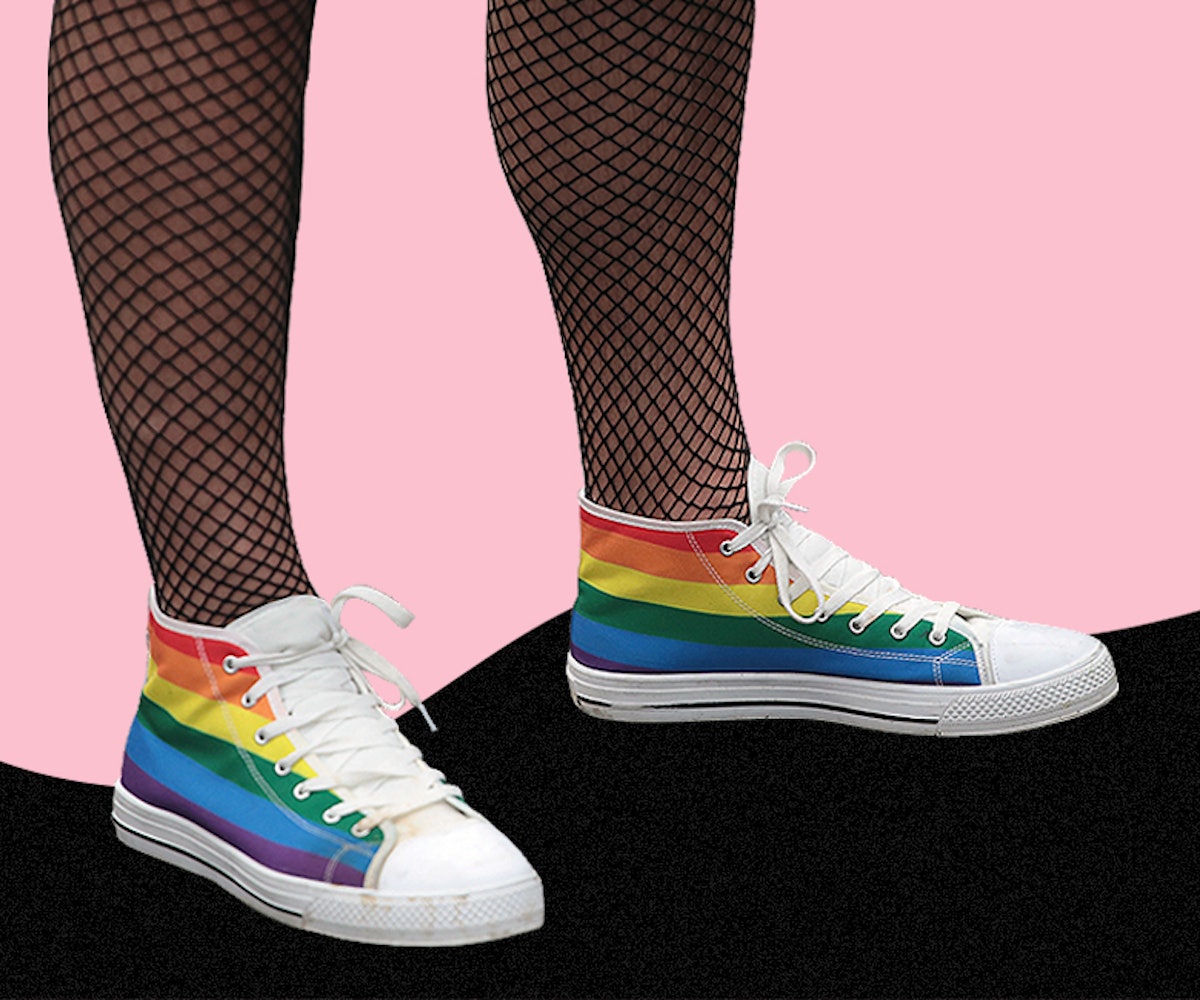 I’m not a big fan of lying. Telling the truth, though sometimes more difficult than spouting off a little white lie, is almost always the route I take. It's not that I've never lied, but the guilt of having deceived someone, and the possibility of being called out on it, is ultimately not worth it, so I usually stick with honesty. But while I don't really lie to others, something I realized not so long ago is that I had been lying to myself, and suppressing a part of my identity, for years. In a type of self-deception that's undoubtedly familiar to many, many other people, I had been tricking myself into believing that I was straight, even as it became increasingly clear that I was definitely not.

Due to my religious Southern upbringing, it took me a long time to shake the idea that being straight is not the only acceptable sexual orientation, despite the fact I have found people of every gender attractive. I spent a long time lying to myself about my feelings, trying to convince myself that they weren’t real, and that I would never actually act on them, that I would only date guys. And because these were things I was telling myself, I believed myself—who knows me better than me, right? And the truth is, I wanted to believe my own lies; it was easier to shake off my feelings for girls and non-binary people than to question my own identity. It was a warped form of positive thinking, like I was The Secret-ing my way into not being bisexual.

Plenty of people practice self-deception for reasons other than trying to repress their sexual identities. And, in fact, self-deception has been proven to benefit careers and help change mental states in a positive way. A 2012 study showed that if we believe we’re better or smarter than we actually are, we will have the confidence to convince others of our abilities. (Case in point: A reality TV host now occupies the highest political office in the U.S.) Another study shows that smiling when you’re sad can actually make you feel happier since that act triggers a chemical reaction in the brain that releases hormones like dopamine.

But in the same way that self-deception can improve moods and self-esteem, it can also serve as an identity repression tool—or, at least, that's how I was using it, as negative reinforcement. I was still holding on to the homophobic ideology I had grown up hearing, and by telling myself I was straight, I was subconsciously trying to promote an identity of being someone who I thought was "normal" and "acceptable." I had a lot of deeply rooted internalized homophobia, and covering it up with lies was much easier than digging it up and facing it head-on. It was much easier to hide my feelings for girls and write them off as platonic “girl crushes” than to understand them as, well, plain old crushes. It got harder and harder to brush those feelings off, which led me to actually change the definition of what “straight” meant in my head to accommodate for my feelings for girls. I actually had myself convinced that I could have feelings for girls and still be straight—which I think we all know is not actually the case.

Uncovering and tackling this lie I had told myself for years was probably the hardest and most rewarding thing I have ever done. I was right in thinking that being honest in the first place is much easier than dealing with lies that come back to bite you. Looking back on the years of my life where I had misunderstood my own thoughts and feelings was a truly strange experience. No one can know you better than you know yourself, and to find out that I didn’t know an incredibly important fact about myself was humbling.

In movies and TV shows with an LGBTQ+ character, the central part of their coming out story is when they tell their friends and family. It’s brave and it’s risky, and you could end up being alienated by the people you love the most. But I had never considered that part of my coming-out process would be coming out to myself. I didn’t know the voice in my head could lie to me about something so central to my identity. Replacing that voice telling me I was straight with one acknowledging that I was bisexual was the ultimate act of self-care, and it made me immensely more comfortable in my own skin. I had been holding onto a lot of guilt for lying to myself without knowing, which went away once I allowed myself to be honest.

Telling ourselves the truth is the most rewarding thing we can do. Recognizing your own emotions, something you’d think would be instinctive, can actually be extremely difficult due to your belief system or the society you live in. Conversion therapy still exists, LGBTQ+ teens are still kicked out of their homes, and people are still beaten and killed for their sexual or gender orientation. Our society is still homophobic, and those beliefs can become ingrained in us without us knowing. Telling ourselves the truth about our gender or sexuality involves tackling those problematic ideologies to understand ourselves, which is hard but, ultimately, the best form of self-care there is.

NEXT UP
Life
Marissa & Alex’s Relationship On The O.C. Deserved More
Fashion
Designer Disco Daddy Listens To Donna Summer For Fashion Inspiration
Life
The First Squid Game Season 2 Trailer Is Here
Entertainment
Marzz On Coming Out: "Put Yourself First And Be Selfish"