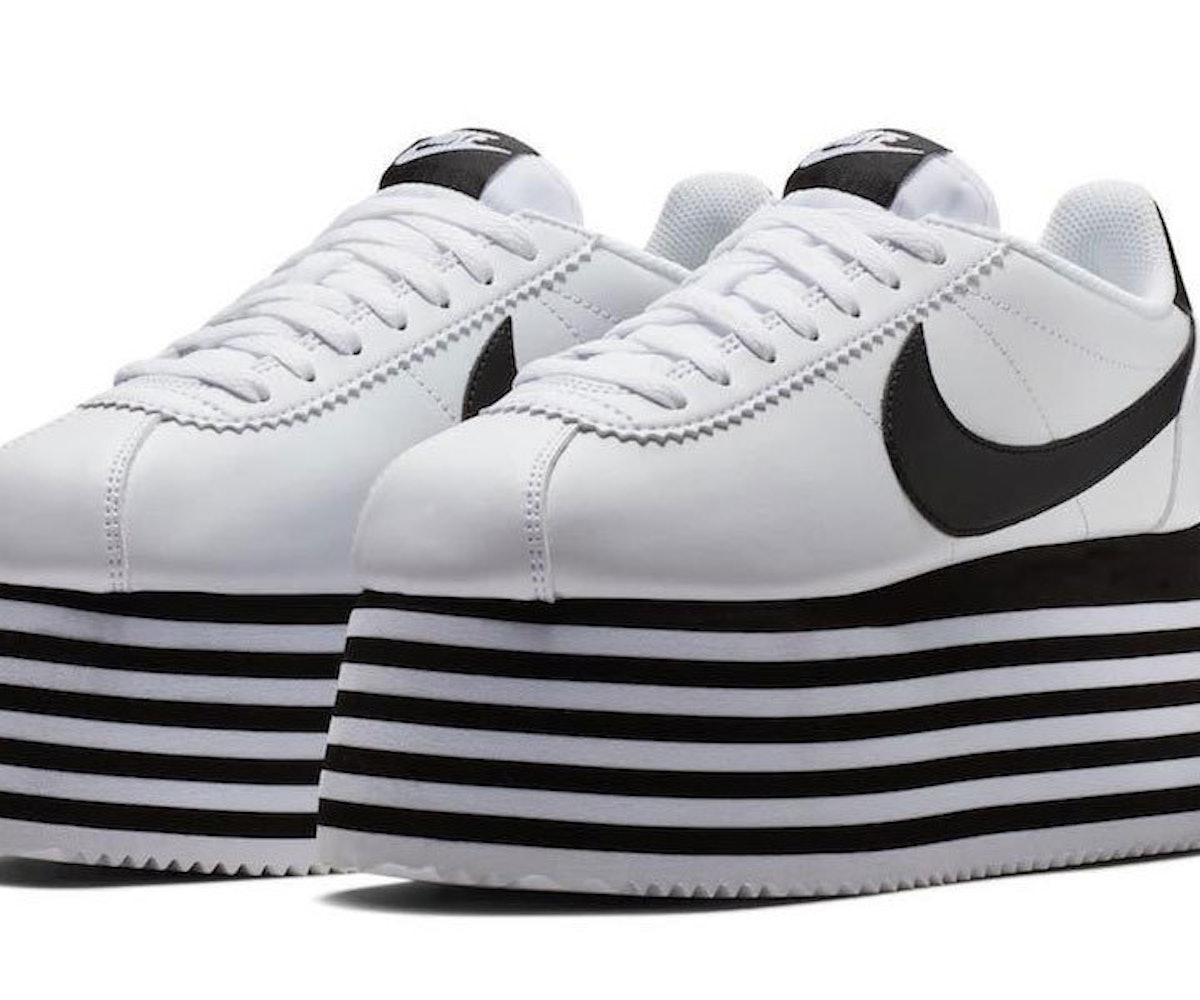 Last March, Comme des Garçons sent a pair of platform Nike Cortez sneakers down the runway during Paris Fashion Week. Now, it seems, the shoe is on its way to becoming available to the public, which leads us to the ever-pressing question: How far are we willing to go for fashun? A.k.a., would we or wouldn’t we wear them?

We don’t know! On the one hand, we’ve been lusting after the Cortez shoe ever since we saw Bella Hadid wearing them while riding a skateboard. They’re vintage! And also modern! And would go great with flipped hair and a pair of bell bottoms! But, do we really need the style when it’s attached to a large chunk of rubber? Not…really.

Then again, the sneakers would look pretty cute with a midi skirt, as the models who wore the flatforms down the runway proved. And, at least we’re not dealing with a platform version of Crocs, here. Now, those we are very firmly against, no matter what Balenciaga has to say.

The thing that makes us lean more toward yay than nay is the fact that we worship anything Rei Kawakubo designs, but also because we’re down to support Nike ever since the brand's Colin Kaepernick ad. There’s no word on when, exactly, the shoes are available, but we might just have to lean into the fashun on this one.