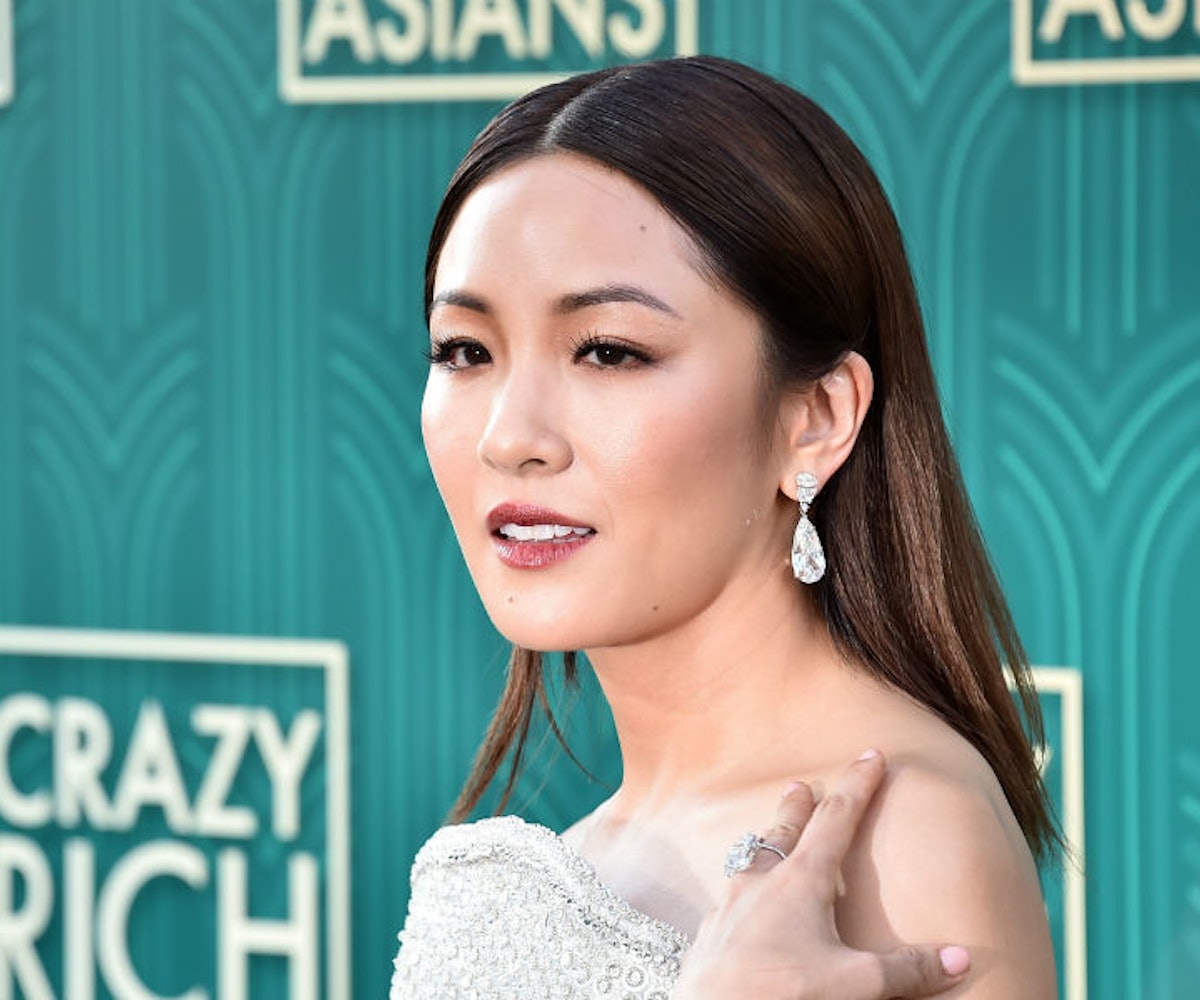 The only way to show up to a red carpet for a film titled Crazy Rich Asians is with lots of glamour and shine. Constance Wu clearly got the memo.

The star walked the red carpet for the L.A. premiere last night in a stunning silver Ralph and Russo gown with dramatic off-the-shoulder tassels. Teardrop earrings, slick hair, and a simple brown-red lip elevated the look.

Wu plays Rachel Chu in the upcoming film, girlfriend of Nick Young (Henry Golding) who belongs to a family that’s described as being “richer than God.” Designs from high-end brands like Stella McCartney, Dior, and Armani apparently make appearances in the movie. According to Page Six, some of the costumes were so expensive they required security.

Wu wasn’t the only one who came out last night to show out—the rest of the cast looked just as opulent. Awkwafina wore a pink, long-sleeve Reem Acra ball gown accessorized with David Webb earrings and a David Webb ring. “A dream come true,” she wrote on Instagram about the night. “We came, we conquered.”

And Sonoya Mizuno kept her look elegant with a strapless black dress with tiered ruffles.