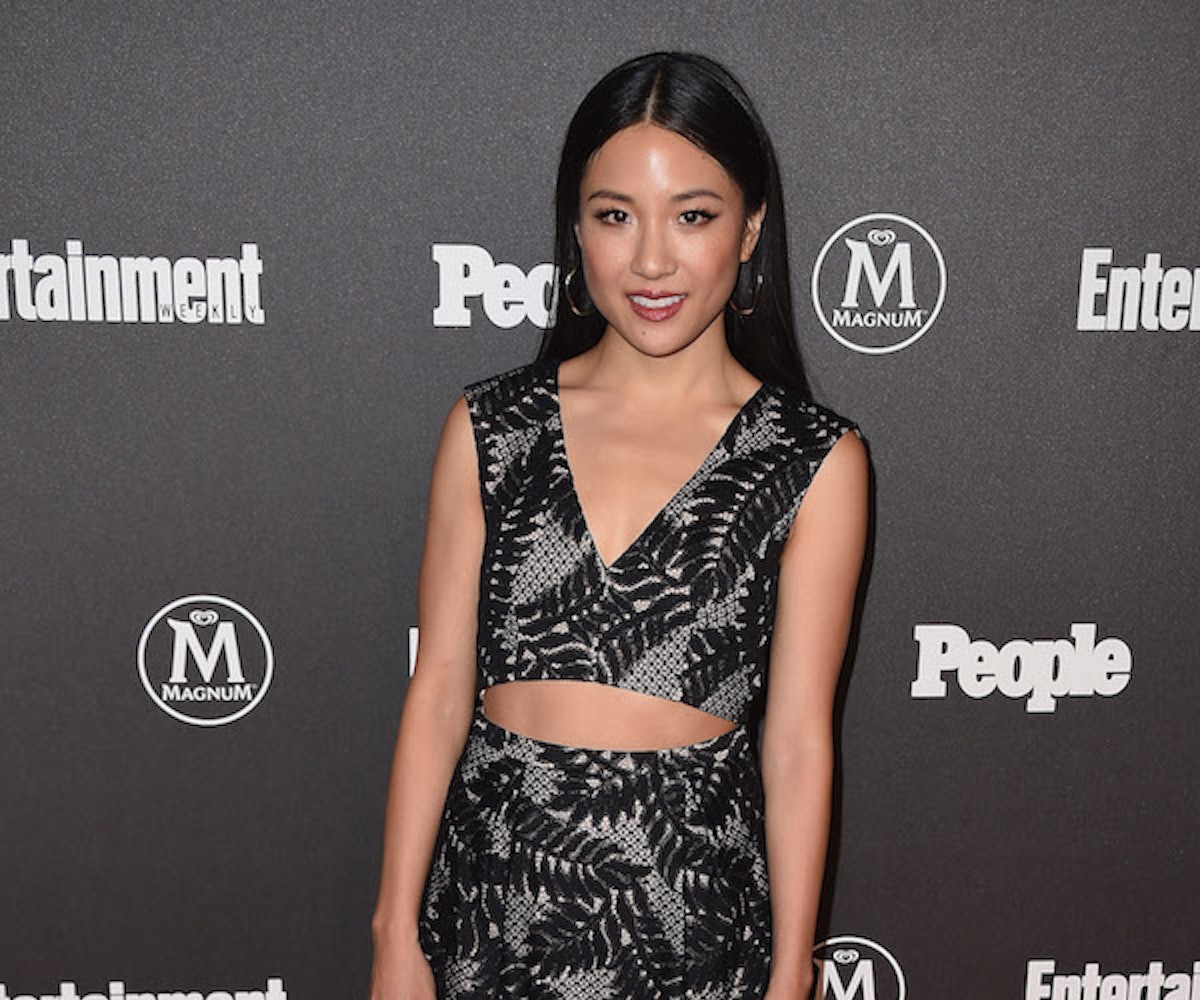 Although there's been some progress made over the past few years in giving actors and actresses of color the spotlight in TV and movies, the reality is that this is still very much the exception to the rule—the rule being when in doubt, hire a white guy. When people complain, the industry shrugs or points to money and, as writer Max Landis said when discussing the casting of Scarlett Johansson in the movie adaption of the anime Ghost in the Shell, movies just won't get made unless they have an A-lister in the spotlight, and that A-lister is almost always going to be white until we push to change our current culture to change this system. But Taiwanese-American actress Constance Wu isn't buying that, or any other excuses.

Expressing her displeasure at Matt Damon being cast as the hero in the upcoming movie The Great Wall, Wu took to Twitter to say, "We have to stop perpetuating the racist myth that [only a] white man can save the world. Our heroes don't look like Matt Damon. They look like Malala. Gandhi. Mandela."

For Wu, there is no justification whatsoever. What about money or the fact that people of color "don't sell," as some claim? She says, "Think only a huge movie star can sell a movie? That has never been a total guarantee. Why not try to be better? If white actors are forgiven for having a box office failure once in a while, why can't a PoC sometimes have one? And how cool would it be if you were the movie that took the 'risk' to make a PoC as your hero, and you sold the shit out of it? The whole community would be celebrating! So make that choice."

This goes against part of the argument Landis made about Ghost in the Shell, and she's right. It's ridiculous to suggest that a movie won't make money or be made with PoC in the lead because we know that isn't true—there are a lot of wonderful, powerful movies starring non-white actors and actresses. But why do they have to be so few and far between, always the exceptions? She also has a point in that white people are always allowed to fail where PoC are not. Why should we tolerate that double standard? Where is the difference?

Wu also highlights the impact casting PoC has on the younger generation. She says, "I know there are lots [of] PoC who honestly don't care... Well excuse me for caring about the images that little girls see, and what that implies to them about their limitations or possibilities. If you know a kid, you should care too. Because we were those kids." In the end, she says, seeing representations of yourself in Hollywood makes you feel like anything is possible—that you can be the hero. "It's about pointing out the repeatedly implied racist notion that white people are superior to PoC and that PoC need salvation from our own color via white strength. When you consistently make movies like this, you are saying that. Whether you intend to or not. We don't need salvation. We like our color and our culture and our own strengths and our own stories."

Check out Constance Wu's full message below, and give us your thoughts: What do we do to make Hollywood change?