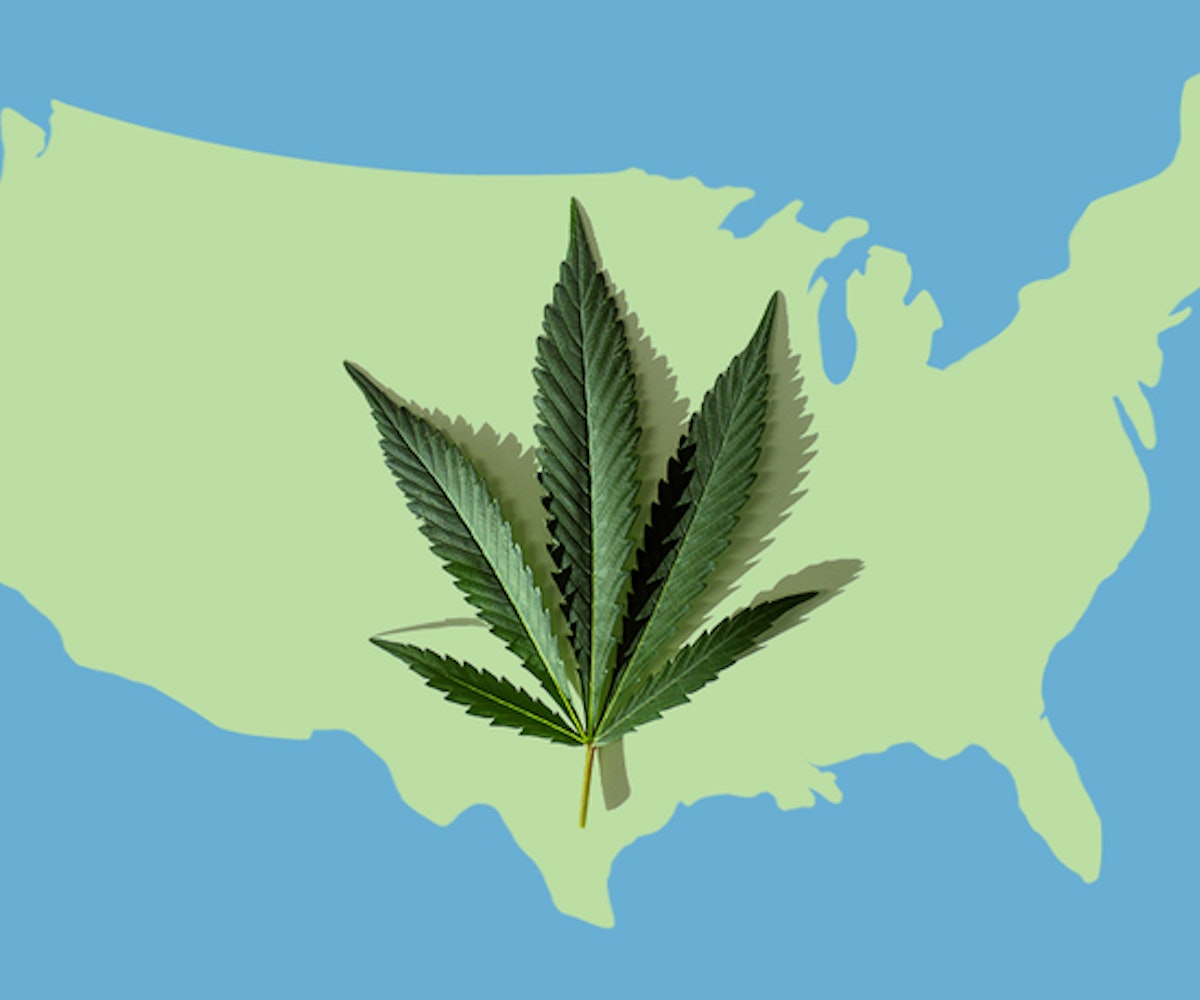 Democratic Senator Cory Booker wants to make marijuana legal at a federal level. In a Facebook Live video, the New Jersey senator announced a new bill, the Marijuana Justice Act, which would amend the Controlled Substances Act and provide "new rules" for the application and usage of marijuana.

"We live in a country where we swear this idea—we put our hand over our heart, and we believe very strongly that we are to be a nation of liberty and justice for all," says Booker. "Well, one way in which we have not fulfilled that promise, that ideal, is through our criminal justice system."

BuzzFeed reports that the bill would "remove cannabis from the Controlled Substances Act, where it’s currently listed as a Schedule 1 drug—which means it has a high potential for abuse and no accepted medical value." On top of this, it could remove prison sentences for those serving time on marijuana-related drug charges and wipe criminal records for those who have been convicted federally of marijuana possession.

The report additionally states that funds from the bill would also be implemented to "encourage" states to change their laws, especially in cities where there is a "disproportionate enforcement of drug laws based on race or socioeconomic status," a finding confirmed in a June 2013 study from American Civil Liberties Union (ACLU), which determined that there is a staggering racial bias when it comes to cannabis-related arrests. The study also found that the enforcement of marijuana laws costs $3.6 billion a year, and yet still fails to "diminish" the use of marijuana.

While half of the U.S. allows weed to be used medically—and eight states, plus Washington D.C., for recreational purposes—this is still a hotly debated issue, with many in the current administration, including Attorney General Jeff Sessions, eager to enforce draconian drug policies. But Booker—and many others—adamantly believe that the bill is a step in the right direction toward fixing our country's "badly broken drug laws." "States have so far led the way in reforming our criminal justice system and it’s about time the federal government catches up and begins to assert leadership.” You can say that again. See the video in full, below.