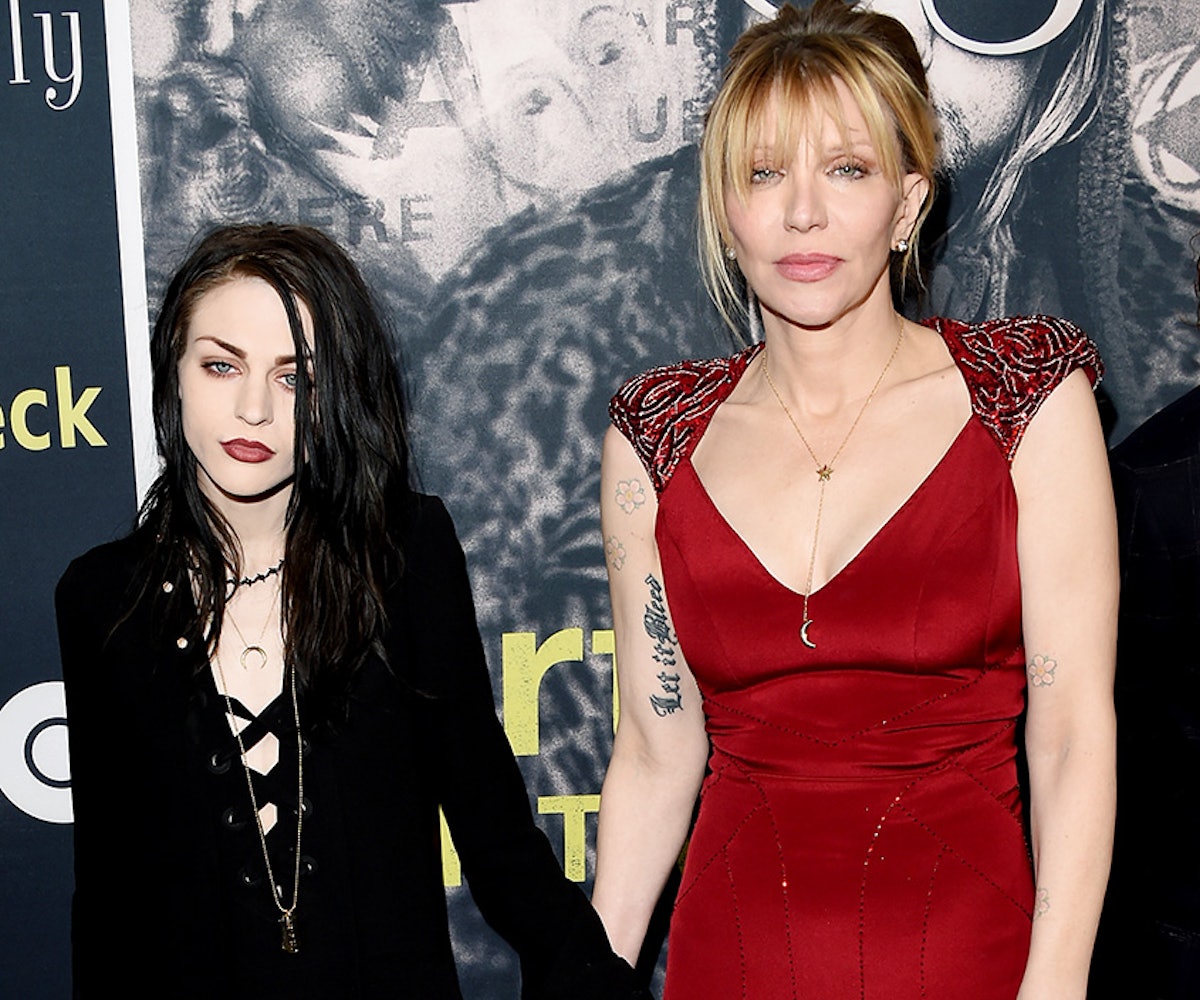 Thanks to some jerk named Richard Lee, Courtney Love and Frances Bean Cobain are being forced to once again confront the death of Kurt Cobain, 22 years after the Nirvana singer took his own life. That's because Lee, a host for a Seattle-based public access TV show, sued the city and the Seattle Police Department for photos of Cobain's dead body that he says will prove Cobain was in fact murdered.

Seattle judge Theresa Doyle is considering granting Lee his request, which has prompted both Love and her daughter to write heartbreaking pleas to keep the photos sealed. "I have had to cope with many personal issues because of my father's death," Frances Bean Cobain wrote. "Coping with even the possibility that those photographs could be made public is very difficult. Further sensationalizing it through the release of these pictures would cause us indescribable pain."

Cobain also told the judge of the difficulty she's faced dealing with her father's obsessed fans, describing a scary encounter when one had broken into her California home and waited there three days until she returned from vacation because he "believed my father’s son had entered my body.”

Love wrote: "Public disclosure would reopen all my old wounds and cause me and my family permanent—indeed, endless and needless—pain and suffering, and would be a gross violation of our privacy interests. I would never be able to erase those haunting images from my mind. I cannot even imagine the enormity of the trauma this would cause me, not to mention many others.”

Judge Doyle will be making her decision later today, and there's a chance that this could go to trial. The American legal system, everyone. Sigh.