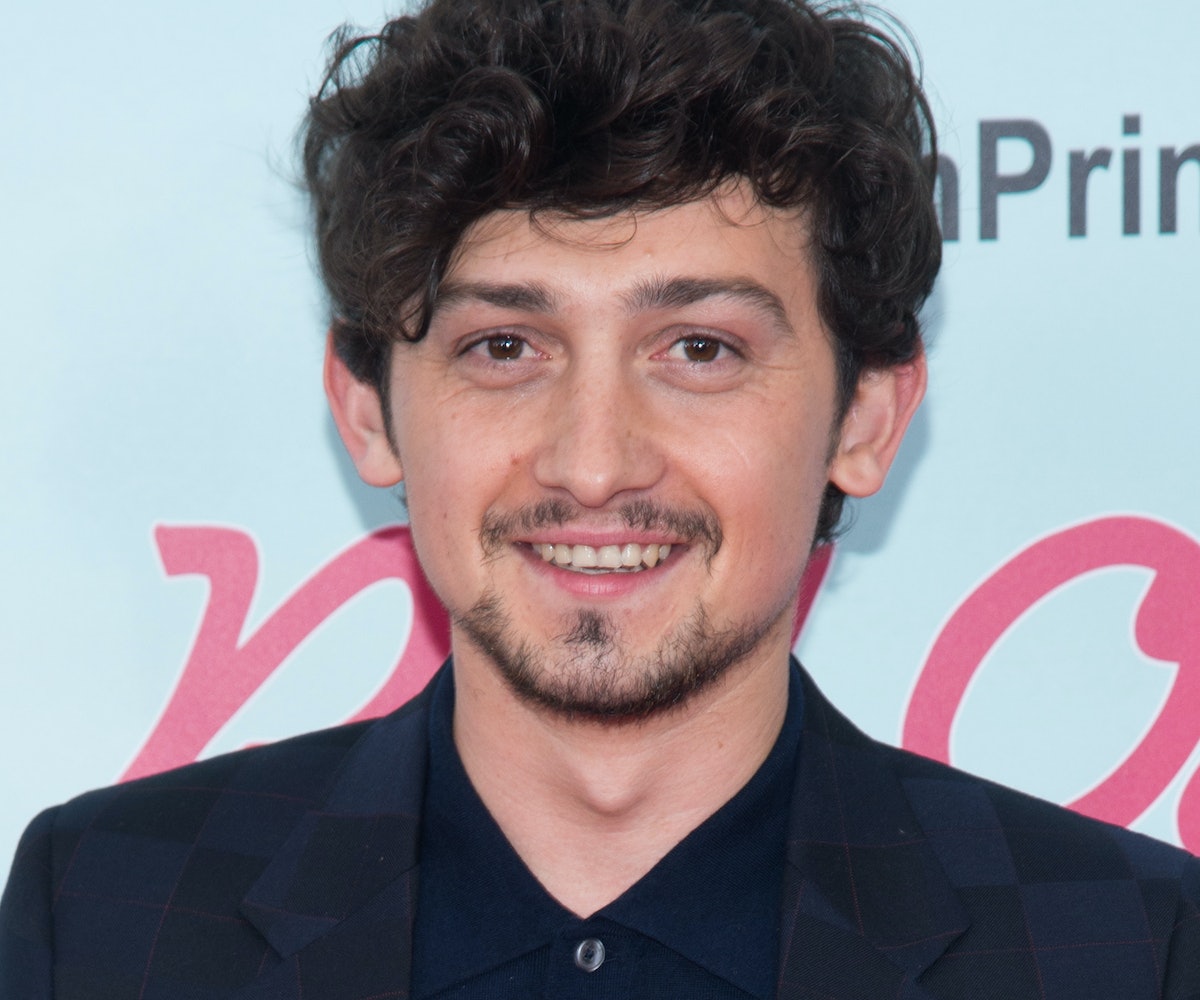 Craig Roberts is abandoning his native Welsh countryside for artificially greener pastures, in the form of a New Jersey country club circa the 1980s. In the new Amazon series Red Oaks, the actor plays an irresolute NYU student named David, who's working a summer job as a tennis instructor, all the while dealing with family stress, relationship woes, and the onerous decision of what the hell to major in. The dramatic comedy creates a nostalgic lens, not unlike that of Freaks and Geeks, through which viewers can see what it was like being a young adult before the age of smartphones.

As for Roberts, this is not the first time he's dealt with awkwardness of growing up on screen. In fact, it was the indie coming-of-age flick Submarine in 2010 that helped Roberts break out. His roles have diversified since, as he took on the part of "Assjuice" in 2014's Seth Rogan/Zac Efron movie Neighbors, and also appeared as Spencer in 22 Jump Street. More recently, the actor made a return to the coming-of-age genre, playing the titular role in his directorial debut, Just Jim. But Roberts's attraction to characters with room to grow truly has more to do with his insightful view of the coming-of-age concept and less to do with his youthful looks. And with so much development in one expertly crafted season, Red Oaks may be one of the actor's most nuanced and relatable projects yet.

We spoke to Roberts about his experience with the Amazon show and his thoughts on growing up.

Red Oaks is described as a “coming-of-age comedy” but it’s still a bit odd. It feels kind of like a mix between David Lynch and Wes Anderson. How would you describe the mood of the show?

A mix between David Lynch and Wes Anderson? That’s cool. That’s awesome. Maybe that’s from the directors. We have Hal Hartley, who I find his stuff very Lynchian in a way. And there’s definitely David Gordon Green’s influence in there too. He’s very left-field and kind of does the weird stuff, I think. It feels like a coming-of-age drama.

Even in the first episode—it starts so dramatically.

Yeah. Especially in the episode (warning: spoiler ahead) where we do the body-swap, it’s really dramatic. So that’s really cool.

And the show also explores perspectives of people of all ages, which is really refreshing to see.

Yeah, exactly. That’s what’s so nice about it. You know, parents have to let kids go and they then have to figure out what they want to do next. I think it’s really nice that the show touches on those themes. It’s a coming-of-age comedy, I suppose, but it’s coming-of-age for everyone. Everybody’s coming of age in it and nobody ever knows everything. They’re definitely all on journeys to find themselves and to get where they want to be.

It seems like a lot of your projects have been labeled with the phrase “coming-of-age.” What do you think about that? Do you think you’ve come of age, if that even means anything?

Did you identify with your character at all?

Yeah, definitely. It’s almost strange because David explores through the season maybe wanting to become a filmmaker, and running parallel to that while shooting the show, I was making my first feature film as a director. So that helped me to connect with him. Also being in a long-term relationship and then also wondering whether to commit to that one person—what’s right? Because you know you’ve got one shot, so it’s very interesting to see what’s the right path to take.

The show takes place in suburban New Jersey. How does that compare to your Welsh upbringing?

In a way, it’s kind of the same. The town that I’m from in Wales was slightly nihilistic, almost like it was filled and then everybody left, so I was in bed just playing my computer games a lot and didn’t really know what was going on. It’s very Twin Peaks-esque in that you don’t know what exists beyond that. New Jersey was nice. The country club experience was very interesting because I’ve never experienced anything like that. It was all kind of a new experience in a way, but again, it’s also different experiencing it via the ‘80s. The shorts were very short. There was a lot of denim-on-denim, which is cool. I liked the ‘80s stuff. I’m almost slightly sick of phones and everything and how obsessed we are with them these days. So to do a show that that’s not involved in and people actually can converse with people, it’s kind of refreshing.

I read that you’re an Eminem fan, but was there any ‘80s music you listened to while getting into character?

No, but I do listen to Eminem obsessively. I’m probably the only person in the world who still listens to Eminem, especially how the world is moving forward, Eminem is very back in a way but he’s a very good musician. I listen to hip-hop usually, so it was kind of irrelevant for this world, but I remember [writers] Greg [Jacobs] and Joe [Gangemi] would play some show stuff. They didn’t go for the very popular ‘80s stuff, but almost the more left-field songs that people might not have heard of, so I thought that was cool.

Could you play tennis before this?

I could not play tennis. I still probably can’t. I can hold the racket but that’s about it. I got decent by the end of it.

You had to play so much!

Yeah. There’s a lot of tennis. But we have good editors, so I could win a game.

What should people expect to get from the show?

I think TV is very amazing at the moment and I think it’s refreshing right now to have something light that also has a lot of heart. There’s so much heart to it. I’m almost slightly gutted that I’m in it because I’d like to watch it. It’s definitely something I could watch and I think people are hopefully going to like it and relate to it, just because the writing’s so good. They guys have done such a good job.

It’s a show that pretty much everyone can enjoy.

I hope so. It definitely feels like there’s no target audience. Everybody can relate it. I’m very grateful to be a part of it.

Red Oaks is streaming on Amazon now. Watch it here.