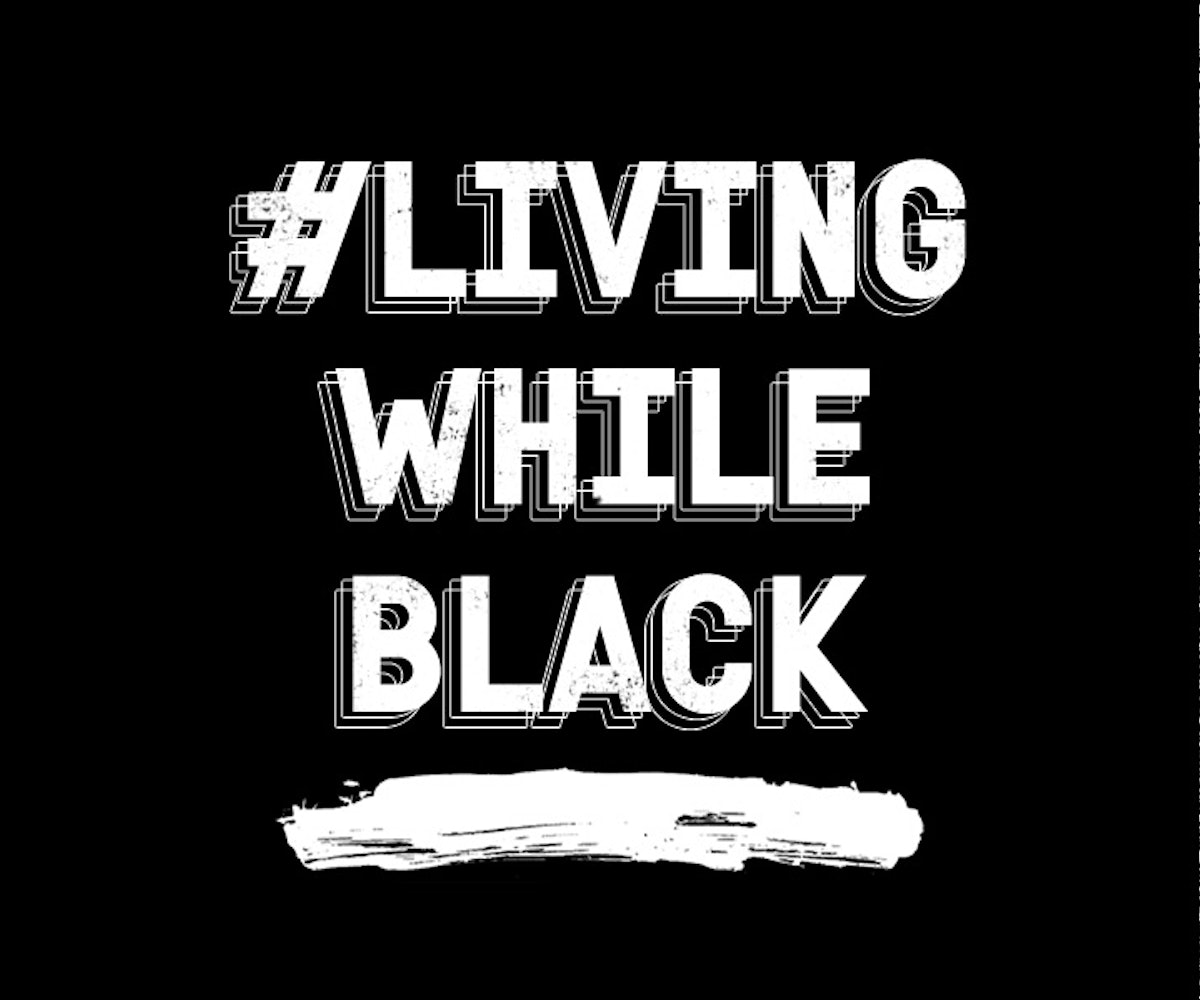 If you've been anywhere near Twitter this week, chances are, you noticed #CrimingWhileWhite. The hashtag, created for white allies to express solidarity with black people who have been victimized by the police, quickly gained momentum as thousands of white people used it to tweet about crimes they'd committed and how the police went easy on them. The anecdotes are a sharp, painful contrast to the stories making headlines this week about black men who were shot and killed by police officers.

Eventually, the hashtag was joined by another one: #AliveWhileBlack, in which black people tweeted about times when they were just going about their lives and were arrested, harassed, questioned, and abused by the cops.

The two hashtags are part of one overarching conversation about race, but they're not saying the same thing. Jamilah Lemieux, the senior editor of Ebony who first used #AliveWhileBlack, says, "It's important for us to hear how white folks interact with police." She notes that because by and large the narratives are about breaking the law and getting away with it, the tweets shed light on the fact that white people feel like they're being treated fairly by law enforcement—or at least "served and protected," she says.

But, now that that's been established, Jamilah says it's time to let #AliveWhileBlack be the main focus. "#CrimingWhileWhite had it's moment, and it was important, and now everyone needs to stop and listen to hear what it's like when the system doesn't work in someone's favor," she says. "It's easy to think that these were just unfortunate incidents, but the definitive story of black people and police is one of pain and distrust." Because of that history, Jamilah's not surprised that the hashtag became so big.

"For people who want to be allies, it's more important to listen than to talk," she says. "We have to bring the narrative back to where it started: With the deaths of black people." The emphasis here is on increasing the types of voices that we listen to, as we read and report on the unfolding events.